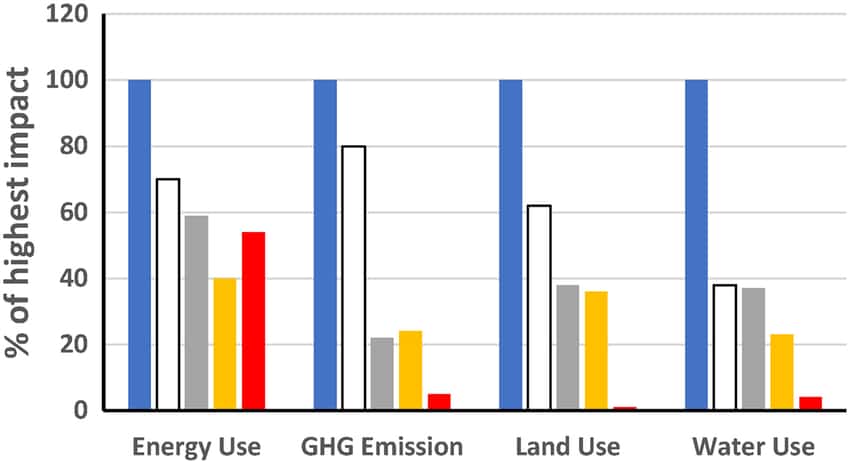 Environmental groups are working feverishly behind the scenes to ensure that the climate and energy bill being cobbled together by Senate Majority Leader Harry Reid (D-Nev.) includes a carbon cap on the power sector, but sources closely following the debate on and off Capitol Hill say there is simply not enough support for such a proposal to pass the Senate this year.

A bill without any cap on carbon emissions would be a major disappointment for liberal Democrats and environmental advocates, who have long called for a price on carbon across all sectors of the economy. A so-called utility-only cap, which would limit pollution from just the electricity sector, was itself considered a significant compromise, but even that now appears to be a longshot.

Reid gave environmentalists some hope during a discussion with reporters at the capitol on Tuesday, when he said he had a “rough draft” of climate and energy legislation that includes four titles. The first will center on an oil spill response and will likely raise oil companies’ financial liability in the event of another spill. The second will address “clean energy job creation and consumer savings,” and the third will focus on “reducing oil consumption and increasing energy independence,” according to Reid spokesperson Regan LaChapelle.

It’s the fourth title that’s receiving the most attention. Reid told reporters Tuesday that the title will focus on reducing pollution in the utility sector, but he declined to elaborate. While many environmentalists are touting Reid’s comments as an indication of his willingness to push a utility-only bill, LaChapelle, asked if the fourth title will include such a provision, said, “Decisions are still being made.”

But a list of provisions expected to be included in the final energy and climate bill, provided to The Washington Independent by a senior Senate source closely involved in the debate, does not include any cap on carbon emissions. And a Senate Democratic aide also closely tied to discussions on the bill echoes that point, saying the votes don’t exist to pass even a scaled-down utility-only bill.

Still, Sens. John Kerry (D-Mass.) and Joe Lieberman (I-Conn.), the architects of a climate and energy bill with a broad cap on carbon emissions, are preparing to distribute a so-called “utility-first” bill that would impose a cap in the near term only on utilities, possibly adding in other sectors later. Kerry and Lieberman met with a wide range of environmentalists — including representatives from the Environmental Defense Fund, the League of Conservation Voters and the Sierra Club — on Tuesday to discuss the proposal.

Environmental groups have spent the last several weeks working directly with various electric industry executives in an attempt to negotiate a middle ground on a utility-only bill, according to industry and environmental sources. One source representing a major environmental group, who requested anonymity to discuss the ongoing negotiations, says he is confident that an agreement with utilities can be worked out because many believe “that congressional action that creates a cap-and-trade law would be better for them” than regulation by the Environmental Protection Agency, which could go into effect if Congress does not act.

The environmentalist says there are a “lot of conversations going on around town” with utility executives in an attempt to hammer out a utility-only package. Environmental advocates are working to persuade a “critical mass” of members of the Edison Electric Institute (EEI), a key utility trade group, to support a utility-only proposal. It remains unclear if they’ve been able to find such support. Calls to an EEI spokesperson were not returned as of press time.

But a cap on utility emissions faces strong resistance from trade groups representing energy-intensive manufacturers. According to the environmentalist source, environmental groups do not expect manufacturers to “applaud” a utility-only bill, but they are trying to come to a compromise to avoid “all-out war” on such a proposal.

One lobbyist who represents the manufacturing industry threw cold water on the idea of a utility-only bill.

“With energy-intensive industries, you don’t have to think about utility-only for very long before you see that it has consequences,” the lobbyist said, adding that most utility-only proposals would result in a significant increase in electricity and production costs that could ultimately drive businesses, and jobs, overseas.

As the debate over energy legislation progresses, environmentalists acknowledge that time is not on their side. Reid said he hopes to introduce a final climate and energy bill the week of July 27, giving lawmakers little time to lobby for the inclusion of their proposals in the final package.

But Dan Weiss, senior fellow at the Center for American Progress, said he is confident that utility-only language will make its way into the package Reid brings to the floor, suggesting that the provisions could be culled from the work being done by Kerry and Lieberman, a months-old utility-only bill written by Sen. Jeff Bingaman’s (D-N.M.) staff or compromises hashed out with utilities.

Weiss could not say for certain whether a bill without any carbon cap would retain the support of liberal Democrats. But he noted that if the Senate passes a bill without a cap, environmentalists could look to a conference session with the House, which approved an economy-wide cap-and-trade bill last year, to strengthen the bill.

Franz Matzner, climate legislative director for the Natural Resources Defense Council, echoed Weiss’s comments. “In Washington, there’s this perpetual drumbeat that any piece of legislation is dead until all of a sudden it’s not,” he said. “The public doesn’t want Band-Aid measures. A lot of work is being done to include a cap.”

If a climate and energy bill moves forward without a cap on carbon emissions, environmentalists are left to focus on a renewable energy standard, which mandates that a certain percentage of the country’s electricity come from renewable sources like wind and solar, as well as provisions to wean the country off of its dependence on oil. But the RES included in the energy bill passed by the Senate Energy and Natural Resources Committee last June has just a 15 percent renewable energy requirement, a paltry figure for environmental advocates, many of whom have called for a 25 percent RES. Bingaman has said he will work to strengthen an RES on the floor, but sources, including some environmentalists, raise doubts about that possibility, given the tense political atmosphere in the Senate.

Across the board, stakeholders in the energy and climate debate say they are waiting for the White House to weigh in on the issue. While President Obama has called for a comprehensive climate and energy bill, he has said very little in recent months about a cap on carbon, nor has he laid out specific provisions he would like to see in a bill. Democratic leaders went to the White House yesterday to discuss policy priorities for the rest of the session with the president. Sen. Byron Dorgan (D-N.D.), chairman of the Democratic Policy Committee, told reporters at the capitol on Tuesday that the potential for passing an energy and climate bill this year came up at the meeting, but no decisions were made.

Asked whether a utility-only bill can pass this year, Dorgan, who has raised opposition to trying to pass a cap-and-trade bill in the past, was skeptical.

“Almost all of us understand we have to deal with energy issues to the extent that we can, but you know, we have difficulty even extending unemployment compensation, and that ought to be something that you would easily and quickly do during an economic downturn,” he said. “The question is, what’s achievable on energy? What can we get done?”

Sen. Olympia Snowe (R-Maine), long sought after as a potential Republican supporter of climate legislation, also downplayed the likelihood of passage of a utility-only bill. Speaking to reporters in the capitol on Tuesday, Snowe said, “That’s still an open question as to whether or not you can even accomplish [a utility-only bill] and achieve the kind of consensus necessary.” A better near-term option, Snowe said, is to pass a bill that focuses on “an energy plan with efficiency and conservation and renewables and perhaps from that you can reach the point of addressing utility-only as a possibility.”

For her part, Snowe said she has been “raising the idea” of a utility-only bill for months and acknowledged “talking” with Kerry and Lieberman about crafting a utility-first bill. Her staff also worked with Bingaman’s staff on his utility-only bill, which has not yet been introduced, nor is it likely to be.

PPolitics
Betsie Gallardo, the HIV-positive woman serving five years in a Florida prison, has been transferred from the prison infirmary to a Miami hospital, reports her mother Jessica Bussert. The transfer was made so Gallardo could begin receiving Total Parenteral Nutrition I.V. treatment.
PPolitics
The U.S. Environmental Protection Agency today announced that it had issued Consent Agreements and Final Orders against 25 entities throughout the Southeast for violations of the Clean Water Act. Three Florida wastewater utilities were also penalized, for improperly disposing of sewage sludge.