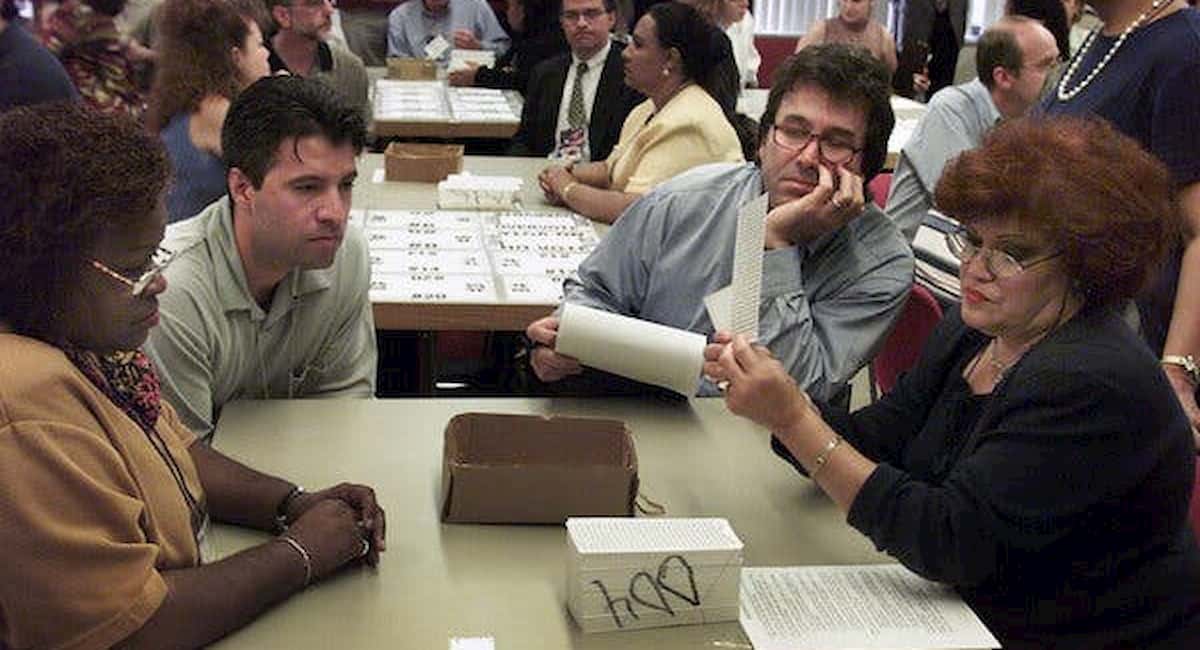 Elections bill up for final vote; still no evidence of electoral ‘mischief’ from Baxley

Democratic lawmakers grilled Rep. Dennis Baxley, R-Ocala, the sponsor of House bill 1355, a controversial elections measure he says is intended to crack down on mishaps and mischief in state elections.
0
Shares
0
0
0
0

Democratic lawmakers grilled Rep. Dennis Baxley, R-Ocala, the sponsor of House bill 1355, a controversial elections measure he says is intended to crack down on “mishaps” and “mischief” in state elections.

Baxley said the changes are needed to ensure “credibility” and “integrity” in the process, but opponents say they would make voting and voter registration more difficult, and have questioned whether the changes are necessary.

One of Baxley’s concerns was that people might vote by absentee ballot in one county, then move and try to vote in their new county on election day. For that reason, his bill would overturn a four-decade-old law allows voters to changes their names and addresses at the polls if they provide photo ID.

Jeff Clemens, D-Lake Worth, asked him on how often these duplicate votes happen. Baxley pointed to unspecified news reports about “excesses and abuses in this area.”

“I don’t have the aggregate number you’re seeking,” Baxley answered.

Reporters pressed him afterward. Were there problems in 2008 or 2010?

“I think there were a lot of issues that came up that gave people concern. I mean, look at all the cases filed,” he said. “I guess my question is: Can you spell ACORN? Or have you forgot all about that, and some of the problems that we had?”

Another reporter reminded Baxley that ACORN’s voter registration operations have been shut down. Did he have any specific examples of problem cases?

Baxley didn’t provide any specific examples. He said there were plenty of cases that he’s read about, but that he hasn’t gathered all that information. Then he changed gears. The bill is about thinking ahead, and being “responsible and preemptive” to ensure no problems arise in the next election, based on lessons learned during previous years.

“Why do we need to wait until there’s a really big problem?” he said.

PPolitics
Today, Republican Party officials representing every state and territory in the country convene in Kansas City for the Republican National Committee’s annual summer meeting. Generally, the event is a chummy and predictable affair, an opportunity for attendees to hobnob between conferences. But the upcoming four days are shaping up to be tense, as party officials find themselves divided over a proposal to reform the GOP’s presidential nomination process for the 2012 election.
PPolitics
Dan Webster has declined to debate Rep. Alan Grayson, D-Orlando, whom he is challenging in Florida’s District 8.…