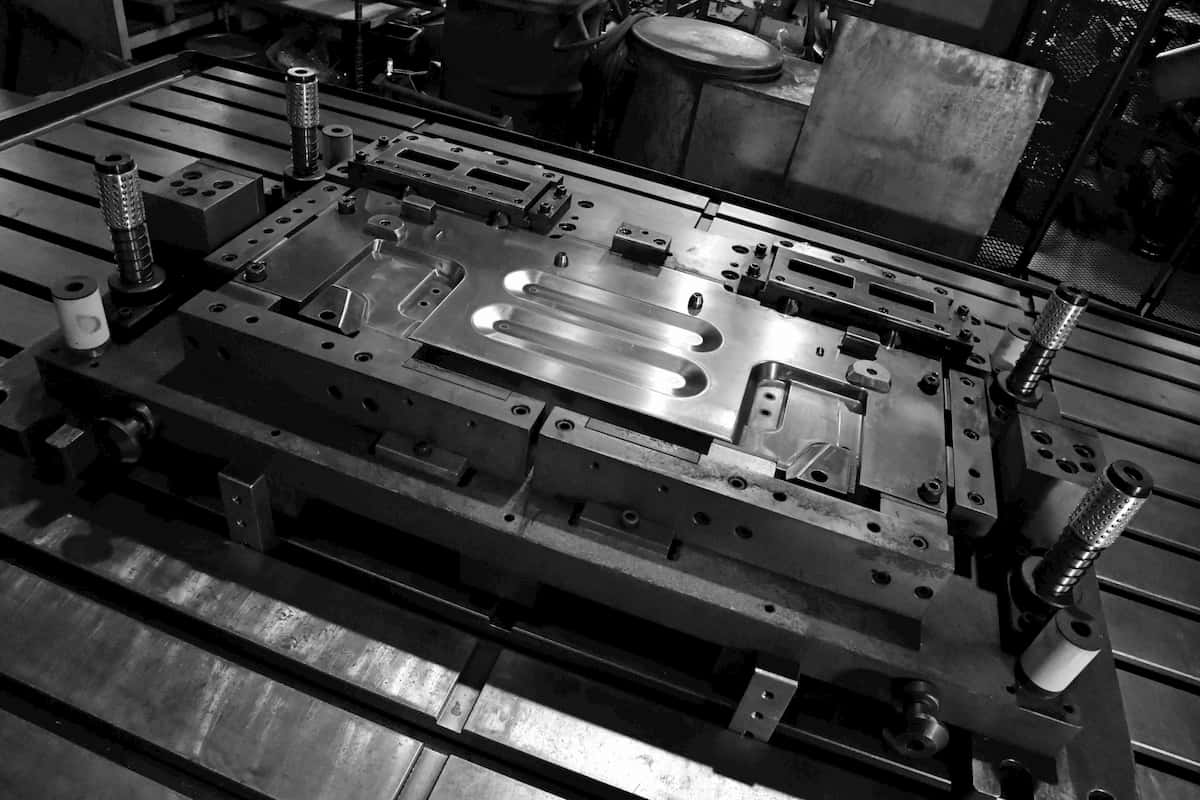 Metal stamping, also known as metal pressing, is the activity of turning sheets or coils of metal into metal objects with a stamping machine. Often, sheet metal pressing produces components for machinery.

There are a number of common stamping processes that go into the production of metal parts. Here’s a list of five you should know.

When you think of piercing, you probably think about putting in jewelry or doing something else with a needle.

In metal pressing, piercing doesn’t refer just to creating round, narrow holes. Instead, it refers to punching out slots, holes, and other cutouts of various sizes and shapes. Piercing is, of course, not done with an actual needle, but instead with a punch, which can be needle-like in shape.

There are a number of piercing processes, including lancing, perforating, and notching. Lancing is unique in that it doesn’t remove any material, only changing its geometry. It makes tabs, vents, and louvers. Hot stamping is a lithography printing process and hot stamp machines use to heat the mold.

Drawing with a metal press machine doesn’t require a pencil—or hands, for that matter. This is the actual stamping part of the metal stamping process.

There are three types of bending processes, perhaps the most technical of which is bottom bending. To bend a part, it’s placed on a custom-designed die. Then, a ram pushes against the piece of metal and creates the bend.

Bottom bending, in particular, makes permanent bends. Unlike coining, it doesn’t put enough pressure on the part to eliminate spring back, so more calculation is required to determine the correct angles, and tonnage needed with the material to create the desired effect.

After a part is bent using a bottom bending or other process, it cannot be drawn. Punching a bent piece will result in the deformation of the whole part.

A punch bends the flat surface of a part into a die, which can be any shape, but is often v-shaped. Because the space between the punch and die is more than the metal thickness, the bend in the part relaxes when it’s released.

Coining processes work similarly to the other bending processes. The biggest differences are that up to 30 times the amount of pressure is used, and forces the metal fully into a tight-fitting die.

As a result, parts created by coining are less flexible.

Now that you know these five common metal stamping processes, you can tell everyone you know how metal parts are formed. Maybe you can even get into metal pressing yourself.

If you decide not to pursue it as a hobby or need other things to do as well, check out our site for all kinds of interesting ideas. No matter whether or not you decide to pick up these interests yourself, you’ll have fun reading about them, so click on your next article without delay!

Treating Patients: 6 Top Tips for How to Improve Patient Experience

The Complete Guide on When to See a Dermatologist