The Department of Children and Families announced Tuesday that it will not seek an appeal in the Sept. 22 ruling by the 3rd District Court of Appeal that
0
Shares
0
0
0
0

The Department of Children and Families announced Tuesday that it will not seek an appeal in the Sept. 22 ruling by the 3rd District Court of Appeal that overturned a 33-year-old gay adoption ban in Florida, the only remaining state in the union to prohibit adoptions to gay individuals.

The unanimous decision upholds a 2008 Miami-Dade court ruling in which a judge found no rational basis for the state to prevent Frank Martin Gill and his partner from adopting the two foster children they have had in their custody since 2004.

“It is difficult to see any rational basis in utilizing homosexual persons as foster parents or guardians on a temporary or permanent basis, while imposing a blanket prohibition on those same persons,” wrote Judge Gerald Cope for the panel. “All other persons are eligible to be considered case-by-case to be adoptive parents.”

Gov. Charlie Crist ordered the state to cease enforcing the ban after the Sept. 22 decision, and with the Department of Children and Families deciding not to seek an appeal, only Attorney General Bill McCollum has the authority at this point to elevate the case to the Florida Supreme Court.

In an official statement from DCF, spokesman Joe Follick made clear that the 33 year ban comes to and end today. “The DCA opinion is binding on all trial courts and therefore provides statewide uniformity. The ban on gay adoption is unconstitutional statewide,” Follick said.

Equality Florida spoke directly with DCF Director, George Sheldon, and while the official clock for the state to appeal does not officially run out until October 22nd, Sheldon made clear the ban is over. “The Gill family adoption is now final. They can take pride that they are now a family in the eyes of the state and they can take pride that their struggle has closed the chapter on this law for good,” Sheldon said.

Howard Simon, executive director of the ACLU of Florida, said in a press release that he hopes Bill McCollum will cement the court’s decision and give judges the power to decide on the individual merits of a case.

We are happy to hear that DCF wants to bring this case to an end and allow the Gill family to get on with their lives.

What is needed now is a similar statement from Florida Attorney General Bill McCollum that will formally end this case and allow judges to decide — on a case-by-case basis — what is in the best interests of children.

Ending this case here will mean that gay people throughout the State of Florida can apply to adopt and will be treated like everyone else. This means that more children will have the opportunity to have a permanent home with a loving family.

A DCF directive issued to department heads around the state underscored the agency’s new position:

Based on the ruling that the current law is unconstitutional, you are no longer to ask prospective adoptive parents whether they are heterosexual, gay or lesbian, nor are you to use this as a factor in determining the suitability of applicants to adopt. Focus your attention on the quality of parenting that prospective adoptive parents would provide, and their commitment to and love for our children.

OOldPolitics
The League of Women Voters, a group that this year halted its long history of registering voters in Florida, has released a breakdown of what the group calls myths about voter fraud that have circulated in state legislatures in the past year.
OOldPolitics 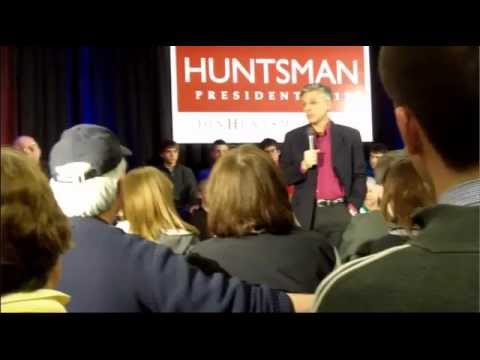