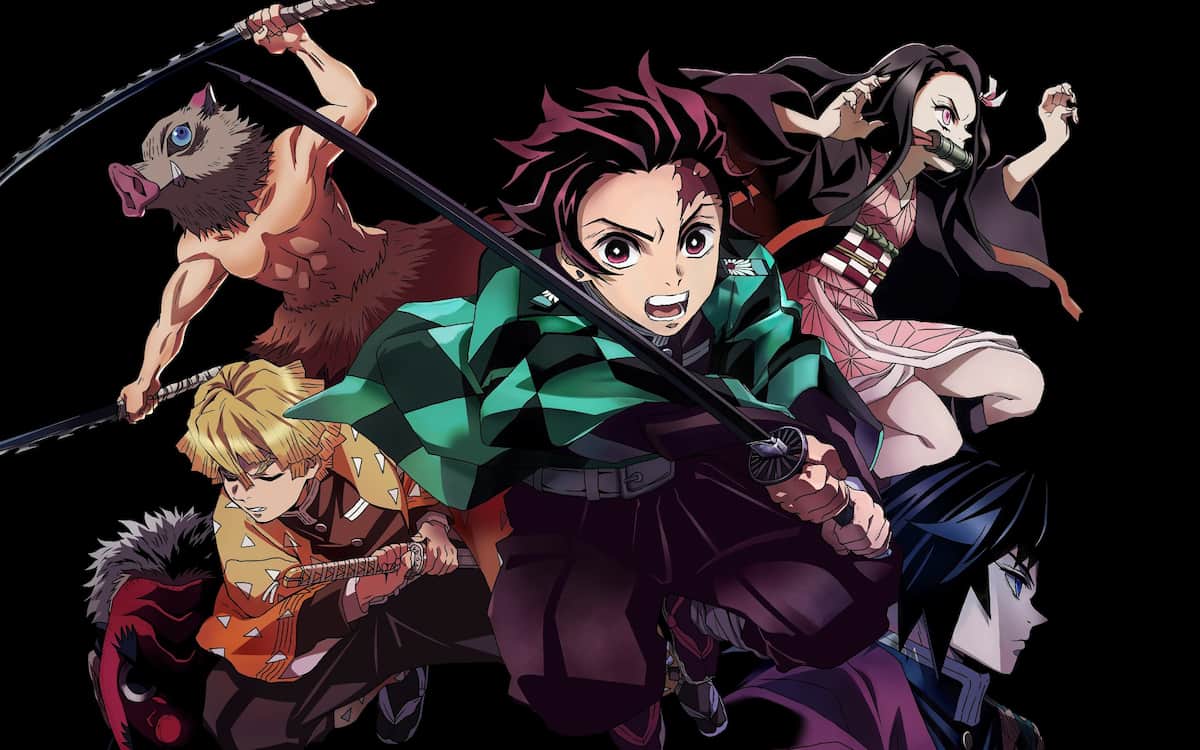 Given the popularity of Demon Slayer, it was expected that there was going to be massive hype when the production company dropped the Demon Slayer season 2 trailer in the last few days. The franchise has done so well that it raked in more than $2.6 billion in revenue in Japan alone!

Although the franchise has seen a small decline in sales due to the pandemic, this is their smallest decline to date even in such a downturn market. Considering how other shows are doing in this current timescale, Demon Slayer has done pretty well for itself and it is expected that the Demon Slayer season 2 will also break record numbers.

The anime has done extraordinary well when it comes to winning awards and conquering milestones. It won the anime category of “Yahoo! Search in Japan’s search awards” as well as ranked top 7 in a poll conducted in 2020 for top anime and manga.

It’s fascinating to know that 90% of the Japanese public is aware of Demon Slayer, some of the highest figures we have witnessed in the industry. Truly it has become a massive hit and has reached the likes of some of the largest manga and anime of recent history.

Obscure Demon Slayer Things You May Not Know About 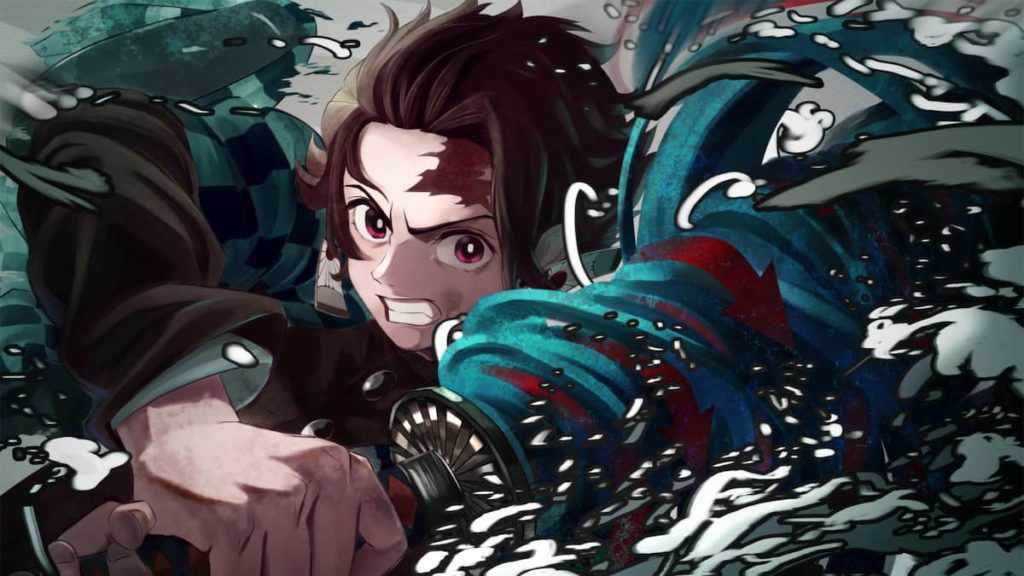 Pretty much everyone familiar with Demon Slayer is aware of its manga which then led to its anime adaptation. Both of which are a massive success as seen by the fact that there is about to be a Demon Slayer season 2.

What about all the other things that helped this franchise bloom into what it is now? What were they and how did they contribute to a now familiar and loved franchise? And how did Demon Slayer affect them and helped boost performance in other areas?

Let’s find out all about it.

Although not directly spawned by the Demon Slayer franchise, the manga and anime helped with tourism in certain locations. Several places shown in the manga and anime are actual locations within Japan or other locations that had similar traditional Japanese qualities that made them popular with either the fans that were just on a trip or people explicitly looking for spots for photoshoots in cosplay.

The specific locations that are visited are as follows:

Beyond these specific spots, there are also the mentioned hometowns of the main cast. All of which are real locations that have seen a boost in popularity with the release of Demon Slayer.

There was also a collaborative effort with the Red Cross, the international humanitarian organization.

Within the Tokushima prefecture members of the Red Cross decided to incorporate characters from the popular series in their campaign for more donors. This was done by holding an annual event where they would give away bits and bobs of Demon Slayer merchandise for all attendees. This was a successful effort as they saw 464 people donate the first time they tried it, which was 77% of the entire Red Cross Tokushima target that month.

Keep in mind though that this was held during the pandemic so participation was lowered because of that. Hopefully, with the times to come, the Red Cross in the Tokushima prefecture is expected to continue this momentum and see more success with this kind of event. This kind of success can then be replicated with other potential humanitarian. 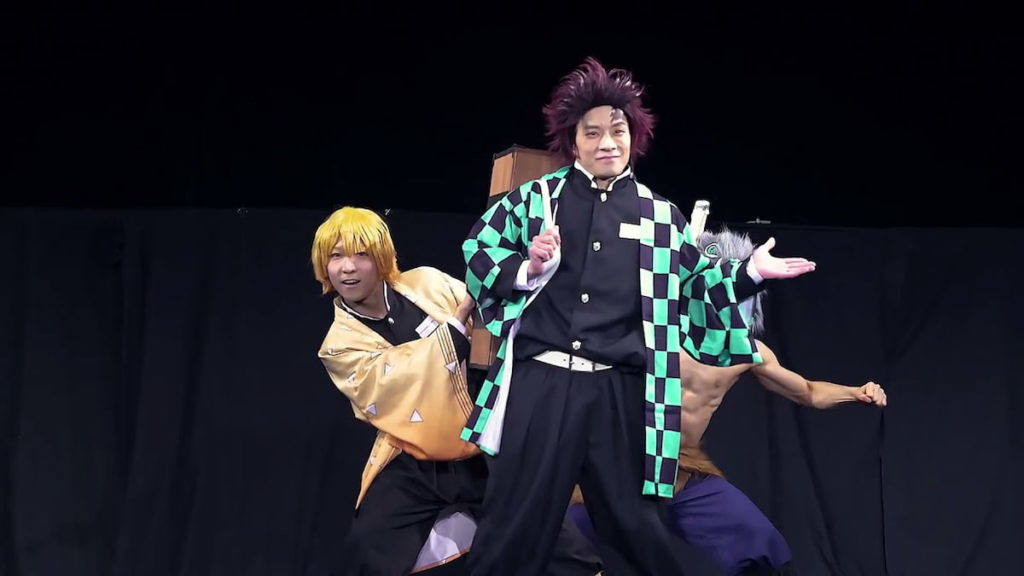 The cast for both parts, one and two had fully accurate Demon Slayer swords and costumes. There is also a DVD and Blu-ray release that contain bonus footage of extra animated clips.

You’d be surprised to find out that there is also an art exhibition displaying Koyoharu Gotouge’s work as well as unique merchandise. This event was moved to the summer of 2022 due to unexpected events concerning the pandemic. It will be held in a gallery in Osaka.

Fanboys and art enthusiasts won’t want to miss out on this! 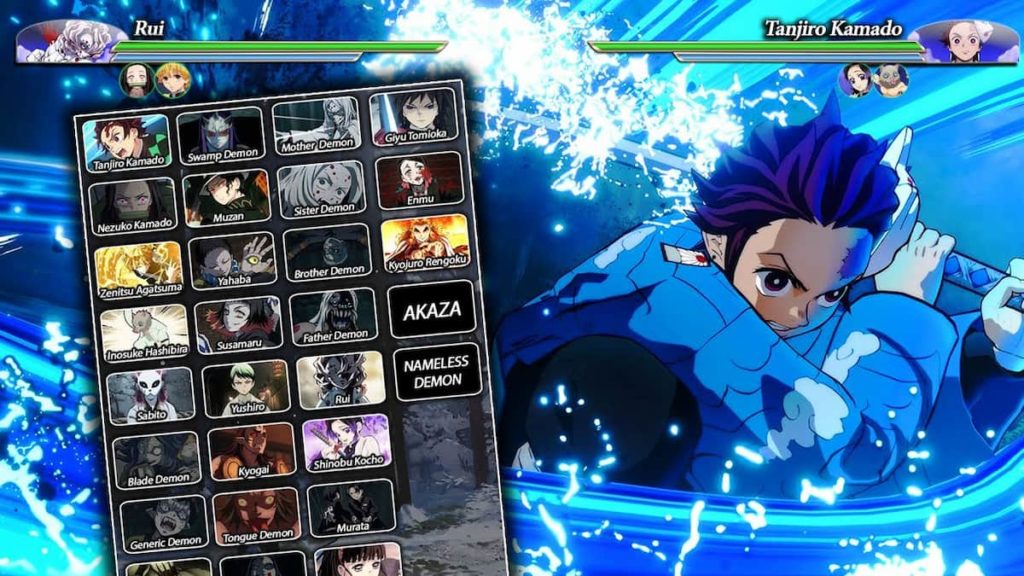 The Demon Slayer franchise also announced a mobile game titled Kimetsu no Yaiba: Keppu Kengeki Royale which was unfortunately indefinitely delayed. The only hope that can be had for a revival of the project is awaiting any further updates once the pandemic ends and see if there is a chance for it to continue production.

For Demon Slayer: Kimetsu no Yaiba – The Hinokami Chronicles from the tags and the available gameplay, it seems it will be similar to the Naruto and Boruto games of recent years. Having a campaign mode that follows Tanjiro and the cast using Demon Slayer swords that appear in the anime, the game has got fanboys all hyped up. It’s also rumored that there is going to be a versus mode where you can experience 3rd person action combat using Demon Slayer swords and characters without any story in between fights.

The new season does take place after the events of Mugen Train so to follow the story properly you will need to have seen it. Most of the information available on Demon Slayer season 2 is in the trailer that is available now for viewing. Besides that, maybe you can squeeze a few non-spoiler details from any of your friends who have read the manga. If the movie is anything to go by, it pretty much follows the events of the manga, and expecting Demon Slayer season 2 to do the same wouldn’t be a stretch. What the trailer does tell us is that the Demon Slayer Corps reached the entertainment district in Yoshiwara and a handful of quick action scenes. 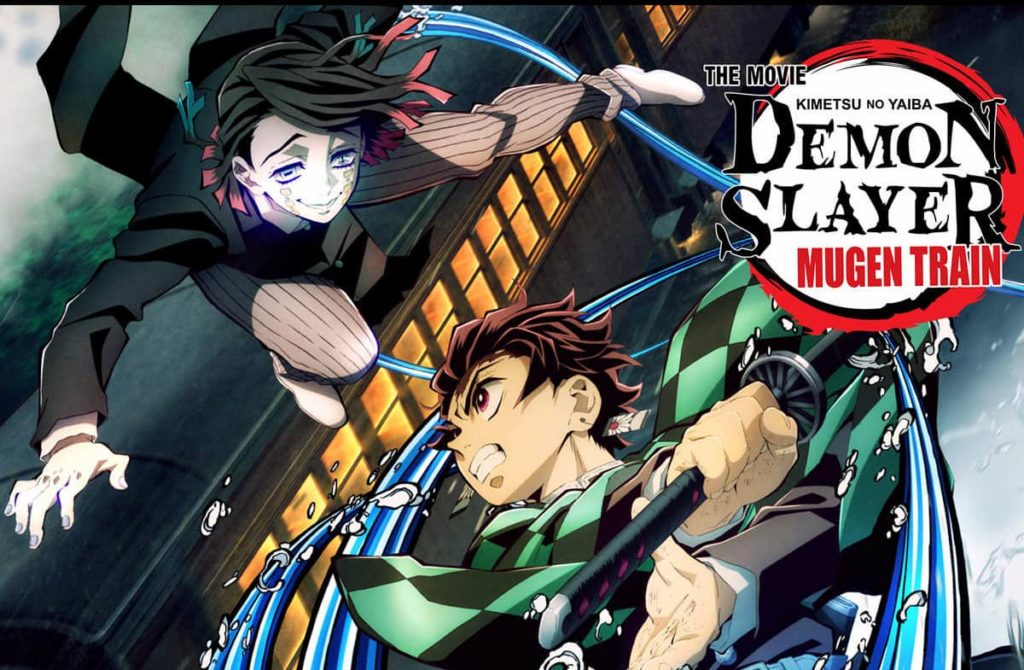 Now that we know the Demon Slayer season 2 release date, let’s do a quick recap of the events in the film. Still, it’s probably best to give them a watch again before the airing of the newest season.

Gather a bunch of friends that are also hyped for Demon Slayer season 2 and have a watch party. Or at least that’s what we would do, or just watch it on your own. Here though, we don’t have the luxury for such so we’ll do this in a quicker alternative when it comes to catching up.

To start Tanjiro, Nezuko, Zenitsu, and Inosuke find themselves boarding the aforementioned train of the movie to assist the Flame Hashira Kyoujuro Rengoku. Hashira’s mission was to find the demon responsible for single-handedly taking out multiple Demon Slayers. Not long after boarding the train all of them find themselves enchanted and end up falling into a sleep slumber. Enmu, the lowest of the oppressors, gives orders to four of the passengers in the train who are desperate for some sleep but can’t due to insomnia to enter the dreams’ of the Demon Slayers that are present in the train.

Once in the Demon Slayers’ dreams, their goal is to find and destroy the Demon Slayers’ spiritual cores. This would make it so that the Demon Slayers would never awaken again from the spell that they’ve been enchanted with. In return, Enmu offered the passengers to help them wake up from this slumber once the trip would be over.

Within the deep slumber that Tanjiro and the rest of the Demon Slayers were put in, they start to experience happy and blissful dreams, keeping them occupied and distracted. After a while in a trance-like state, Tanjiro realizes that something is amiss. He then becomes aware that he is not awake but dreaming and tries to rise from his slumber to take action.

He succeeds in this attempt after being shown a vision of his late father instructing the young warrior to destroy himself while in the dream which got Tanjiro free. As this was happening, Nezuko was using her abilities in order to try and break the connection of the enchantment placed on them and the rest of the passengers on the train. In a bit of fear caused by Enmu, the affected passengers try to advance and attack young Tanjiro but they fail to do so.

As Nezuko’s attempt becomes successful she starts trying to awaken the other Demon Slayers, meanwhile, Tanjiro focuses his sights on Enmu who he confronts. The battle that follows sees Enmu being beheaded by Tanjiro,

This however was not the end of the battle as Enmu brings out a trick under his sleeve. It is then revealed that Enmu had become one with the train they were currently on. Now with the rest of the Demon Slayers awake Kyojuro orders Inosuke and Tanjiro to find Enmu’s weakness and their investigation leads them to Enmu’s neck.

During this task, Kyojuro would stay back and defend the rest of the passengers alongside Nezuko and Zenitsu. Now with Tanjiro and Inosuke in search of Enmu’s neck, they find themselves in the engine room of the train. Here he severs the link between Enmu and the train, finally putting a stop to Enmu by killing. Once Enmu dies, the train comes to a halt.

Even after the success of the Demon Slayers in stopping Enmu and keeping the passengers of the train safe, Akaza makes an appearance. Not long after revealing himself, Akaza begins to attack the Demon Slayers and after a one-on-one fight with Kyojuro, Akaza fatally wounds him and puts him out. In the time that it took Akaza to fight Kyojuro, the sun had begun to rise which signaled that Akaza had to flee.

In a state of extreme anger, Tanjiro calls out to Akaza for leaving mid-fight like a coward against the rest of the Demon Slayers declaring that Kyojuro was the winner in the fight between the two.

With that, we’re all caught up now on the most recent major events of Demon Slayer and as ready as we can be for Demon Slayer season 2. So, where will it be available on release? Well…

Where Will Kimetsu No Yaiba Season 2 Be Available? 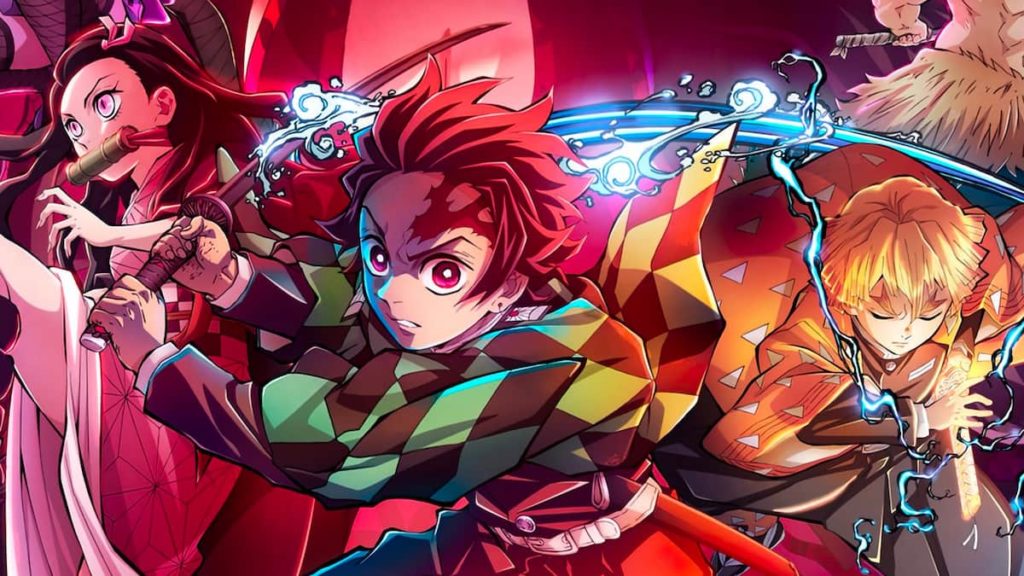 So finally where will you be able to see Demon Slayer season 2 on its release date? Well, it will be available on Funimation as they are aired.

You can also expect to see them on Crunchyroll albeit with a bit of a delay for Crunchyroll from after they are aired in Japan. And seeing as to how big the Demon Slayer franchise is, it would be no surprise that Netflix would pick it up too, probably not until 2022 though.

Netflix does have a streaming license but Funimation and Crunchyroll will most definitely have the rights to this first. Be sure to check your preferred streaming service though as these can differ from region to region, so keep a VPN handy if you don’t want to have to pay for multiple streaming sites just to watch Demon Slayer season 2 as soon as possible.

A Simple Guide to Carpet Selection For the Living Room

What OCD Treatments Are Legally Permissible? 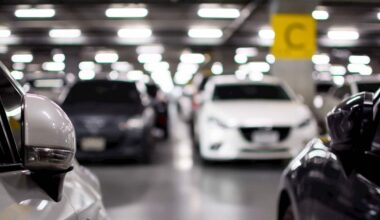 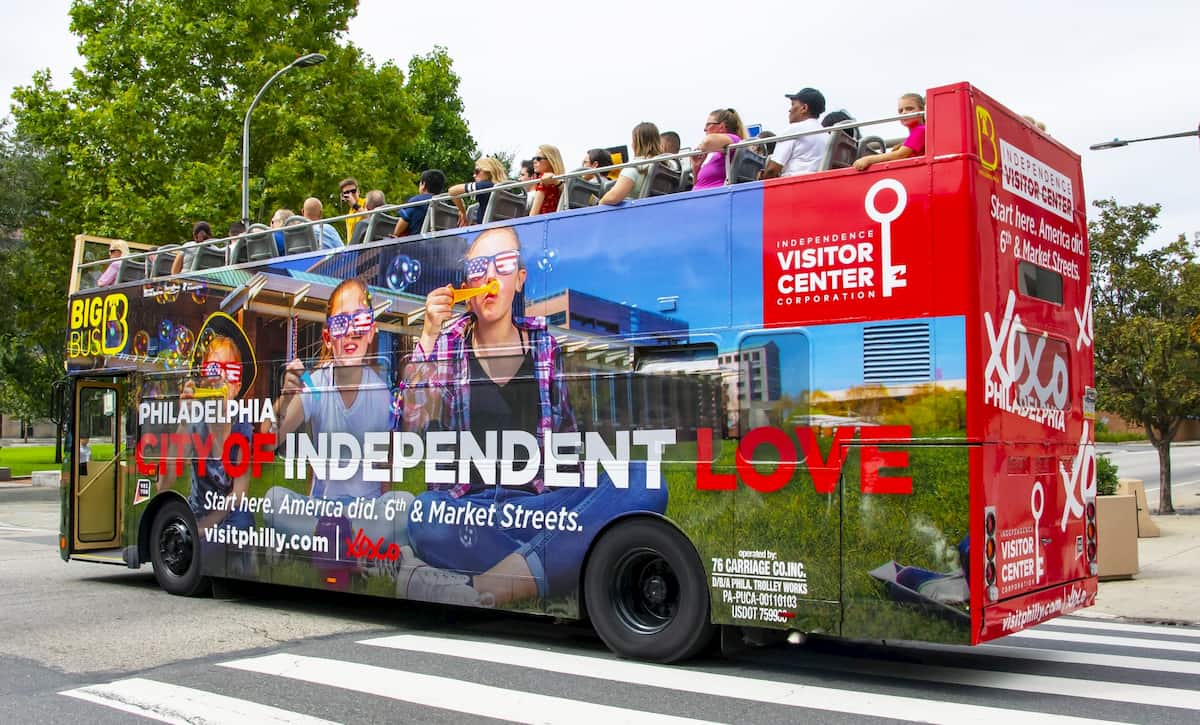