Democrat’s endorsement of Crist ‘not a game-changer’: News. Politics. Media

Democratic state Sen. Al Lawson, of Tallahassee, endorsed Charlie Crist last week for U.S. Senate over the Democratic candidate Kendrick Meek. Crist’s campaign managers are hoping it signals a trend of Democrats flocking to the independent candidate. But Lawson, a staunchly pro-business African-American who has bucked his party numerous times, does not represent a vanguard of defections, according to one Democratic pollster.

“Al Lawson endorsing Charlie Crist does not surprise me,” says Tom Eldon of SEA Poll. “Al Lawson has a history of being a maverick. This is not a game-changer.” Lawson voted with the Republican against Democratic initiatives several times in the Senate.

Lawson, the Senate’s minority leader, lost his bid for U.S. Congress against incumbent Congressman Allen Boyd in the August primary. Lawson announced Thursday that he was backing the independent Crist because the state “desperately needs an independent senator in Washington.” Lawson may sway some African-American voters in the panhandle, Eldon estimates, but he does not have the name recognition to reach into Meek’s base of operations in South Florida. Crist’s campaign spokesperson was not available for comment.

Republican Pollster Chris Ingram, with 411 Communications, counters that, while Lawson is not the party’s mainstream, he does represent some shift within the party. “First to get the teamster’s endorsement, and now to start taking some of the party leadership, it is representative of some kind of movement” within the party, Ingram says. 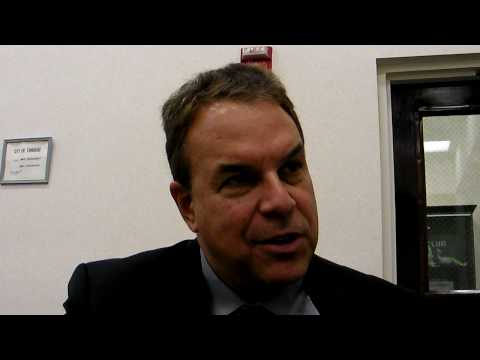 Read More
An executive whose company had to pay a record fine for fraud and a billionaire who made his…
OOldPolitics
Hundreds of citizens gathered in downtown Jacksonville's Hemming Plaza on Saturday to spread the message of the Occupy Wall Street protestors.