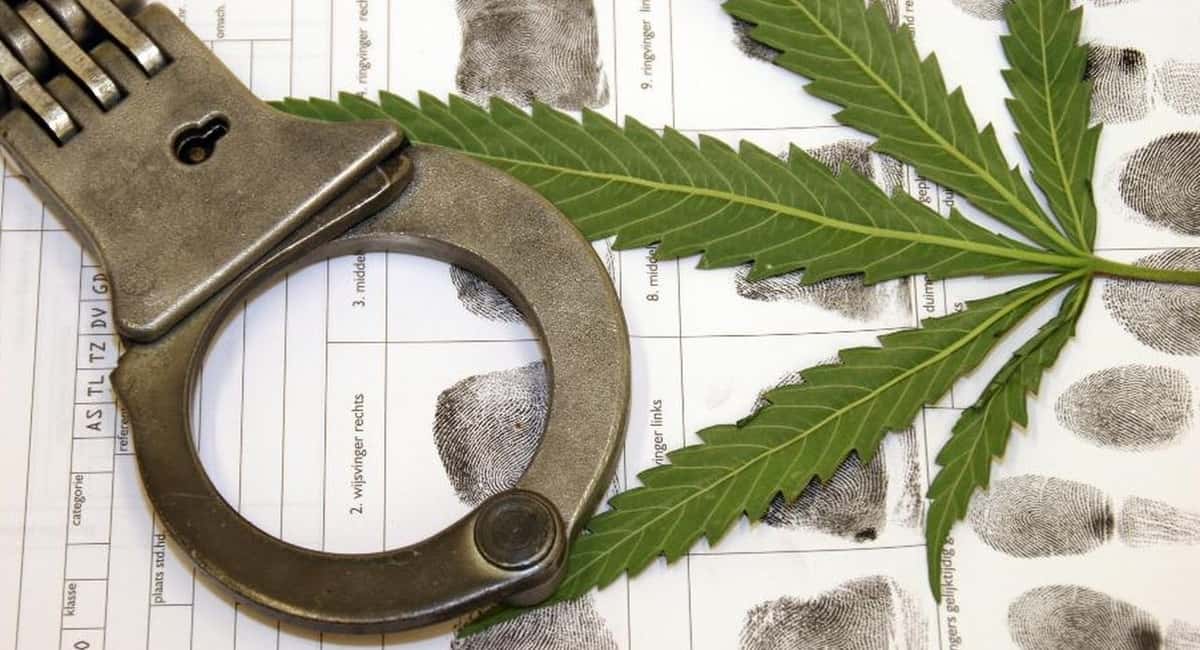 Kyle Vogt, a former military police and Special Response Team member, said Wednesday evening at the Miramar Democratic Club that the 40-year war on drugs has not slowed down and has no end in sight.
0
Shares
0
0
0
0

Kyle Vogt, a former military police and Special Response Team member, said Wednesday evening at the Miramar Democratic Club that the 40-year war on drugs has not slowed down and has no end in sight.

Vogt — a speaker for Law Enforcement Against Prohibition, known as LEAP — said he supports the legalization of marijuana, adding that LEAP has two goals: to remove drugs from Schedule 1, a list used by the U.S. government for controlled substances, and to “restore respect for law enforcement.”

Vogt tells The Florida Independent that while Schedule 1 inlcudes canniboids or marijuana, the U.S. government has a 2003 patent  that states: “The cannabinoids are found to have particular application as neuroprotectants, for example in limiting neurological damage following ischemic insults, such as stroke and trauma, or in the treatment of neurodegenerative diseases, such as Alzheimer’s disease, Parkinson’s disease and HIV dementia.”

Karen Goldstein of the Florida chapter of the National Organization for the Reform of Marijuana Laws said Wednesday evening that a family member who suffered epileptic seizures found relief through the use of marijuana after moving to California, and has been seizure-free for 12 years.

Tom Angell, media director for LEAP, tells the Independent that it’s interesting how the Obama administration “continues to say they want to have a balanced strategy and treat drugs as a health issue,” but at the same time, in the Drug Strategy released this week, “the proportion of resources dedicated to punishment as opposed to treatment and prevention has really not changed at all in a significant way.”

Angell adds that as a candidate, and early on in his administration, Obama put out several positive indicators about not interfering with medical marijuana, but “there have been more raids of state legal medical cannabis facilities under this president than under President Bush.”

He adds that just the mention of the word legalization at the Summit of the Americas by Obama is a move forward, but the fact that the president equated “legalization with no restrictions either indicates a complete ignorance of what people are proposing or show a willful misrepresentation of the debate.”

Maria Lucia Pereira Karam, a retired Brazilian criminal court judge and a member of LEAP, writes to the Independent that although the Summit “did not inaugurate immediate change to the drug polices of the Americas, the initiative of Latin American heads of State (especially the presidents of Colombia, Guatemala and Costa Rica) did serve to make drug policy a central issue of the summit and called world attention to the dire need for a dramatic change in the direction in drug policy. Remarkably, Latin American leaders at least had the president of the United States saying the word ‘legalization’, although in his re-election year he did not endorse it.”

Pereira Karam adds that for the first time, “heads of State clearly pointed out the failure of drug prohibition and the harm caused by the ‘war on drugs,’” and also “talked about the need to change the globally imposed prohibition drug policy” and “the need to legalize the production, the supply and the consumption of all drugs, as the only way to put an end to the violence caused by the bloody ‘war on drugs.’”

She adds that “the artificially and authoritarian consensus imposed by the United Nations was broken.” “I think that we can expect that these calls for an end to prohibition will soon become more numerous and louder,” she writes.

Pereira Karam writes that decriminalization “relates only to drug consumption, meaning that drug possession for personal use is not a crime,” adding that “indeed, drug possession for personal use (consumption) should not be a crime. In a democracy, the State can only rightfully intervene upon individual freedom in order to prevent conduct that could lead to actual harm or risk to others.”

She adds that as a matter of drug policy, “’decriminalization’ is a deficient policy because it maintains the illegality of the drug market, thus leaving untouched the most harmful consequences of drug prohibition and the ‘war on drugs’ which are: violence; corruption” and the lack of health control and regulation of dangerous substances.

“Legalization, on the other hand, means the end of prohibition, an end to the black market for drugs, and the beginning of a system of regulation of all drugs,” she writes. “To ‘legalize drugs’ means to regulate and control them. Legalizing the production, supply and consumption of all drugs is necessary in order to eliminate repressive measures that violate fundamental rights, and thus to preserve democracy.”