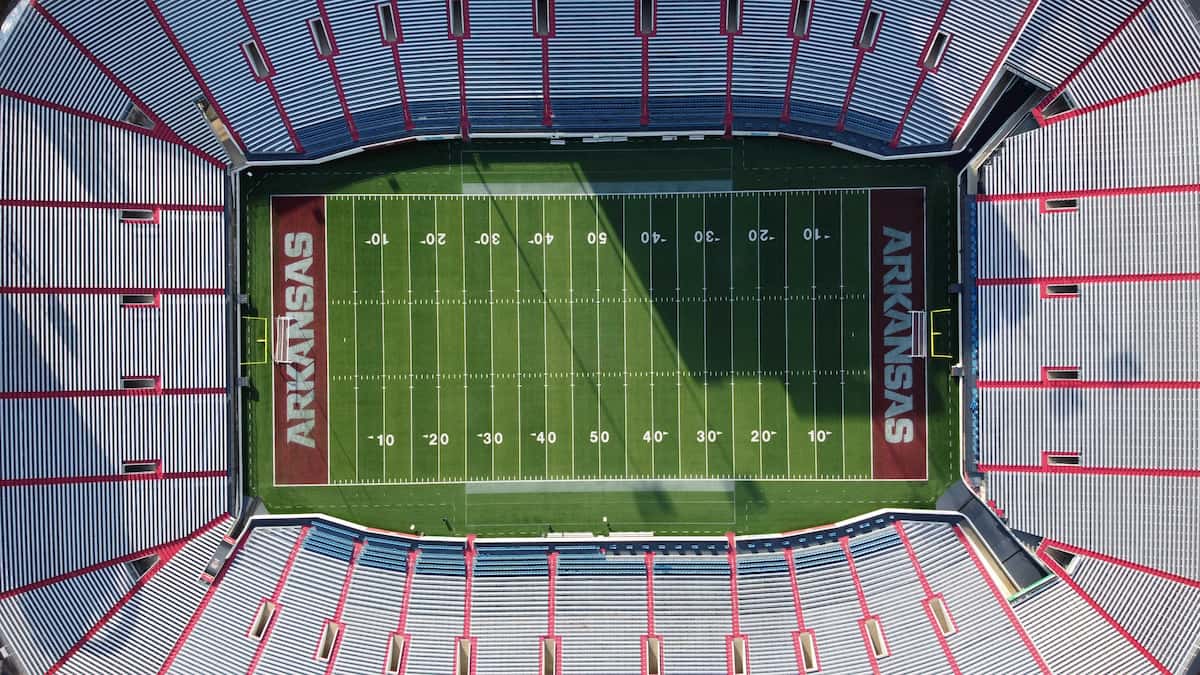 Those who are new to US culture are likely also new to football culture, which is much different than its European counterpart. However, (American) football is just as widely adored and regulated, in which young athletes first play in the NCAA before the crème of the crop move on to careers in the NFL.

Football pundits commonly watch both NCAA and NFL seasons, cheering on their university or franchise as the autumn flies by outside their window. However, depending on the region, there may be an emphasis on either NCAA or NFL play.

In particular, the American South tends to be its own cultural creature when compared to its Northern and Western counterparts. Typically, US culture is divided between North and South, with the dividing line often vague at best. In summary, the North is associated with industry, fast-paced living, and a refined lifestyle, while the South is associated with blue collar work, family ties, and upholding traditions. Though the West is often excluded from this conversation, it should be noted that it exemplifies its own innovative, laid back, and open-minded culture.

Football seems to belong to the South in many ways—so much so that Southerners are willing to draw a comparison between their deepest-held religious beliefs and the sport. A common saying is something along the lines of, “Saturday is for football, Sunday is for God.” Though, to be more specific, that’s college football the quote is talking about.

While the South has a particular love of college football, the NFL also enjoys quite a bit of attention. Even in Florida, where three NFL franchises struggle to keep their heads above water, fans refuse to abandon their teams. The Dolphins haven’t seen victory since the Dan Marino days two decades ago, though the Tampa Bay Buccaneers NFC South future odds received a little help from Tom Brady’s recent move from the New England Patriots. Meanwhile, no one is sure what to think of the Jacksonville Jaguars despite the fact they’ve been playing for 25 years.

In particular, the Miami Dolphins seem to have a strong hold on the Southern heart despite their abysmal performance, and that’s because the South views the Dolphins as one of their first champions. By the mid 1960s, most of the Midwest and North had their own franchises in major league sports. However, the South was only just beginning their introduction into the realm of major league sports. For this reason, college play became a favorite pastime over the NFL, with the likes of the Atlanta Falcons and the Miami Dolphins being the only teams to represent the Southeast Sun Belt.

Many believe the South came to love football so dearly because it was associated with a cultural battle. In the early 1900s, many of the aforementioned differences between the North and the South were still in the process of formation, and were points of tension for both groups. While these differences today are cultural markers, and little more, they were incredibly potent points of identity in the past.

While the North and the South enjoyed peace in the early 1900s, both sides had ample emotional attachment to the past, and football’s gridiron was the place for these unsettled qualms to be rehashed in an acceptable way. In short, much like other sports, football became the new battle ground for opposing forces, in which a win or a loss no longer had the bloody connotations of war, but instead helped heal divided groups though communal sporting events.

To this day, families in the South with strong ties to universities will often alter their entire lives with the same fanaticism shared by the likes of EU Premier League football fans (the other football). Because the NCAA football season runs in fall, it’s not uncommon for weddings to be delayed until spring to ensure full attendance. Meanwhile, some couples married for decades admit that their opposing team loyalties get in the way of their relationship. For example, one couple who are divided between Auburn University and University of Alabama will spend the entire week leading up their teams’ football game walking on eggshells around each other or purposefully avoiding certain chores as a form of playful sabotage.

What Do I Need for My Case? Your Personal Injury Case Checklist