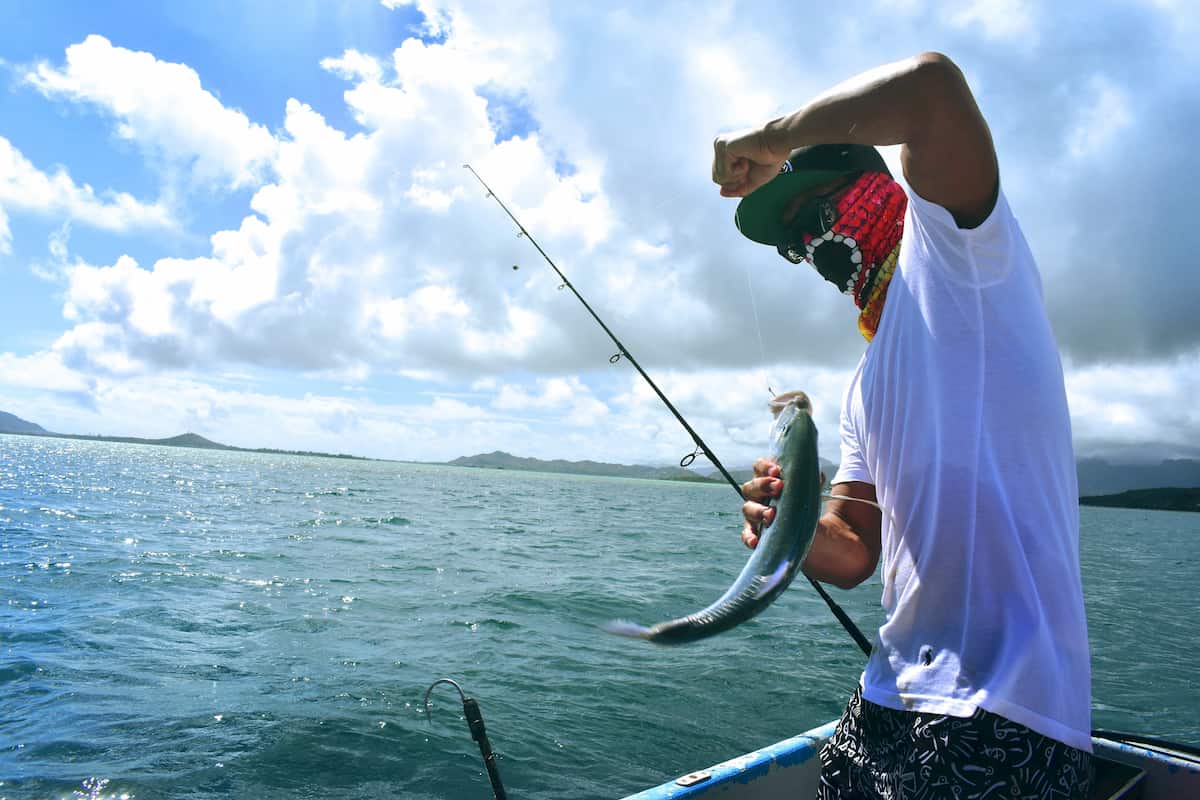 The Gulf Shores off the Florida coast are some of the most desirable fishing areas in the entire country. Each year, millions of anglers flock to the shores of Florida to enjoy some ripe fishing of their favorite species. Over the years, many Tampa deep sea fishing charters have fielded loads of questions regarding fishing in the area. We’re going to share the most common questions below and provide you with a knowledgeable answer to each one.

What Types Of Fish Can You Catch?

The expansive waterways like Tampa Bay that are filled with seawater from the Gulf of Mexico provide a wide range of fishing options for anglers. Depending on where you choose to fish, you’ll find yourself bagging a few different species.

Some of the most common are Tarpon, Redfish, Sailfish, Spotted Sea Trout, Snook, Panfish, Snapper, Mackerel, Flounder, Grouper, and even Largemouth Bass. If you book one of the many Tampa deep sea fishing charters, be sure to select one that specializes in finding the fish species that you want to catch.

Do You Need A Fishing License?

The true answer to this question is that it depends. If you’re going to be jumping on one of the many fishing charter boats in the area, then you won’t need to possess a permit. As long as the charter boat is registered with the state, they have the necessary license for you to fish. If you opt for fishing from the shore or a boat that doesn’t hold a charter license, then you’ll need to get a fishing permit.

What Fish Are Catch And Release?

One of Florida’s most well-known slogans is “Limit Your Catch, Not Catch Your Limit.” The Sunshine State takes limits very seriously as it wants to preserve its place as the Fishing Capital of the World.

This measure is enacted through May 31, 2021. It’s expected that this ban may be extended further. However, it’s imperative that anglers check the regulation closer to the end of the ban.

Will You Catch Any Sharks?

Florida has a large number of sharks that you can find snagging on your line. Some of the most caught shark species include Lemon, Tiger, Bull, Hammerhead, Thresher, and BlackTip. Florida’s fishing regulations allow each angler to bag one shark per day.

However, they limit the total catch per vessel to two sharks per day. Some common shark species that you can keep are Blacktip, Bull, and Thresher. It’s important to note that there is a long list of sharks that are strictly caught and released. You can find that list at MYFWC.com.

What Type Of Bait Should You Use?

The bait that you choose to use will highly depend on the type of fish that you’re after. Some of the most commonly used live bait by fishing charters include Eels, Pilchards, and Ballyhoo.

If you don’t have a particular species in your sight, then consider using Shellfish or Shrimp. Shellfish bait can include mussels, clams, and crabs. If you charter a fishing trip, then your captain will likely have their most successful bait already stocked on board.

Can You Catch Fish In The Wintertime?

Yes, Florida has a wide variety of species that you can expect to catch in the winter months. The Gulf of Mexico provides a fresh lot of Sheepshead, Flounder, Speckled Trout, Redfish, Black Drum, and Pompano. With temperatures in the upper 70s, you’ll be sure to still enjoy your time on the ocean while catching these wintertime favorites.

What Are Some Of The Best-Tasting Fish In Florida’s Gulf Coast?

Florida’s Gulf shores provide a wide range of tasty fish. Most anglers prefer to snare four main types of fish. These include Grouper, Snapper, Snook, and Mahi Mahi. If you’re fishing to keep your catch, you should consider going for one of these four species. They’ll provide a tasty meal, and you’ll have the satisfaction of catching it from the sea with your own two hands.

What Is Considered Deep Sea Fishing?

Florida’s shores provide the possibility for both inshore and offshore fishing. Offshore fishing is commonly referred to as deep sea fishing. Most anglers define deep sea fishing as fishing water that is at least 30 meters deep (just under 100 feet deep). While fishing these deeper waters can come with some danger, it can provide a great opportunity to catch some large sports fish.

Should You Charter Or Try Deep Sea Fishing On Your Own?

Deep sea fishing is not for the faint of heart. There is a lot of danger that comes with being far out on the ocean. Deep sea fishing is intended for those who are experienced or intermediate anglers. This doesn’t mean that novices can’t go. Rather, novices should take a chartered fishing trip to ensure that they have the knowledge of more experienced fishermen on board.

Off the coast of Florida, you’ll find three main types of places as the Fishing by anglers. These include bottom fishing, trolling, and offshore fishing. Bottom fishing is where anglers drop their line into the ocean via the assistance of a heavy sinker. They allow the line to sit until a fish comes on it. Common bottom feeders are Snapper, Triggerfish, and Amberjack.

Trolling can be a bit more exciting as your bait and lines are kept near the top of the water. As the boat remains in motion, it can snare a large variety of fish. Some of the most commonly caught in Florida’s Gulf Coast with the trolling method include King Mackerel, Kingfish, Wahoo, and Sailfish.

Offshore fishing is what most people think of as deep sea fishing. You go out to deep waters and try to snag the biggest fish possible. Some common offshore fish species that are caught include Blackfin Tuna, White Marlin, and Dolphins.

Understanding the Different Types and Applications of Timesheets

What Are the Parents' Rights After the Accidental Death of a Child?