On Friday morning, Florida Gov. Charlie Crist appeared for interviews on CNN, ABC, and CBS morning show to discuss the oil spill that is now officially just 3.5 to four miles off the Florida coast, though the AP reported that small “gooey tar blobs” of oil were washing up on beaches today in Northwest Florida. More oil will inevitably reach shore in the coming days.

In the largely similar interviews, he said the federal government was doing everything it could, but wanted more given the magnitude of the spill. “‘Satisfied’ is an interesting word,” he said on CNN’s American Morning. “You’d always like to have more. … We want to do everything humanly possible to protect the state,” he said in the federal response. When asked on The Early Show (CBS) about whether the military could do anything, he said, “It certainly can’t hurt. I think it’s ‘all hands on deck.’ When you’re dealing with a catastrophe of this magnitude, you want all the help from everybody that you can.”

He also emphasized the need for “truthful advertising” for tourism — the most important sector to Florida’s economy. When asked on Good Morning America about how he would market Florida given the spill, he said, “Just by marketing what the facts are. We have $25 million to market Florida [from BP]. We will always do so in a truthful, straightforward manner.” He also added that many of Florida’s beaches haven’t been touched by the oil spill.

That is true now, but a National Center for Atmospheric Research simulation predicted that oil might extend to “thousands of miles of the Atlantic coast and open ocean as early as this summer.”

Crist is also running as a no-party candidate for U.S. Senate against Republican Marco Rubio and Democrat Kendrick Meek, but he steered clear of talking about politics given the gravity of the oil spill. When CNN pressed him on whether President Obama was showing enough anger, he demurred. “I think he’s trying to do the best job he can.” Crist is appearing with President Obama and Coast Guard Adm. Thad Allen this afternoon in New Orleans for a meeting.

When asked by CNN whether he was angry enough, he said, “This is an emotional situation. A state as beautiful as Florida, if you envision the concept of oil coming up on your shores and it doesn’t make you angry, something’s wrong with you.” But he then touted his leadership style, “I also have a responsibility to lead. To be able to lead, you got to keep a cool head to win a hot game. This is a hot game. I’m an old quarterback and the leader has to keep ahead at the same time.”

Crist’s Democratic opponent Kendrick Meek — whom he is competing for moderate votes with — attacked Crist for changing his position on offshore drilling. “Governor Crist is guided by political calculations, not personal convictions and until recently, supported offshore oil drilling,” he said in a press release.

Marco Rubio, on the other hand, still supports oil drilling. “There is going to be drilling off the coast of the United States,” he told reporters in Washington last month.

Crist — who was once open to offshore drilling — now supports a state constitutional amendment banning it, adding to a state law already banning offshore drilling. Though he wants the legislature to convene a special session for the amendment “sooner rather than later,” he said he still needs to work with the Florida House to call it. (He originally wanted a special session by the end of last month.)

In a Rasmussen poll conducted in mid-May, Crist had a 57 percent approval rating but was behind in the polls by eight points against Republican Marco Rubio. Floridians are exactly split at 44 percent on the question of whether to ban offshore drilling, as of late May.

With the oil only expected to move farther down the coast, Crist will certainly be talking about the oil spill for a while. Engineers are moving to drill relief wells and cap the damaged well, which experts say is likely to work. However, until it does, the government estimates between 12,000 and 25,000 barrels a day of oil are flowing out, with the loop current threatening to take the spilled oil around the Gulf Coast up the Atlantic Coast.

(CBS video not yet available)

Judge: Court fees must remain with the courts

OOldPolitics
Politico reported this morning on how the ethical troubles of Rep. David Rivera, R-Miami, are affecting his relationship with the House GOP caucus in Washington. Neither Majority Leader Cantor nor Speaker Boehner have said anything publicly since Rivera is still under investigation by Florida law enforcement, but quietly, they are frustrated and even planning for his replacement.
PPolitics 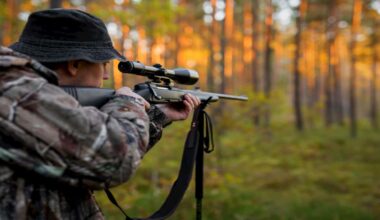 Read More
If you are trying to learn about the best bipod for hunting, you are in luck. Check out our list here of some great options.