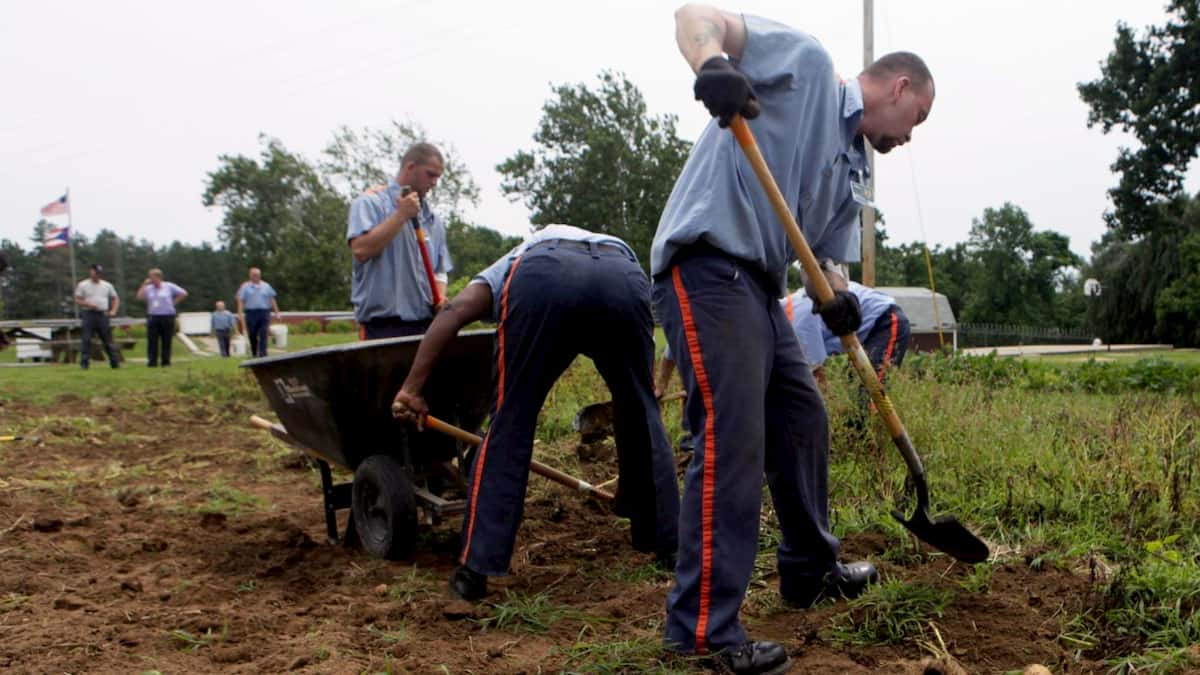 A small group of corrections workers came together at the capitol today to voice their fears about a possible vote on a bill that would privatize prisons in some parts of the state. Workers who are poised to have the prisons they work for privatized say they are concerned they will either lose their jobs or face pay cuts and understaffing.
0
Shares
0
0
0
0

A small group of corrections workers came together at the capitol today to voice their fears about a possible vote on a bill that would privatize prisons in some parts of the state. Workers who are poised to have the prisons they work for privatized say they are concerned they will either lose their jobs or face pay cuts and understaffing.

Jeffrey Roberts and Julie Erns, who both work for public prisons that are poised to be privatized if today’s bill passes, say they fear for their futures. ”We feel hopeless,” Erns says.

Roberts says his prison is already operating with a limited number of staff: “We are already running at critical levels.”

“We have the same number of prisoners,” Roberts explains, “but we have less staff.”

There are also concerns that workers who are not laid off will face significant cuts to their salary, benefits or both.

According to information given to state Sen. Mike Fasano’s office from the Senate appropriations staff, their fears could be warranted. Comparing beginning salaries and benefit rates for someone who takes a job at a public prison and someone who takes a job at a prison run by one of the top three private companies shows that workers could make significantly less if their prisons were to be privatized.

Fasano is one of the most vocal opponents of the state’s privatization plan, and has introduced an amendment that would strike out the entire bill.

According to Fasano’s office, someone starting out at a public prison would, on average, make $30,800 plus benefits at a rate of 59.8 percent, which amounts to a total compensation package of $49,222.

Roberts says that people working in prisons “are already upset.” He explains that 3 percent was recently taken out of public employee checks for retirement, and most workers have not seen a raise in six or seven years. He says finances are already tight for him.

“If they take my wages down, I wouldn’t make my rent,” he says. “I would be homeless. I have three kids. … I would starve.”

Robert also says that the fears have already started to affect morale. ”We have lost our will to work,” he says.

Senate leadership has said the impetus behind prison privatization has been to save the state money as it faces yet another budget shortfall. However, a group called the Private Corrections Institute released a statement today warning that the current “legislative effort to privatize 27 facilities would save under 1 percent of state’s prison budget,” which the group said would not justify the possible thousands of workers that could lose their jobs.

A campaign watchdog reported this week that private prison groups have donated about a $1 million dollars to lawmakers in the state.

PPolitics
Florida is joining other states moving to start drug-testing people who seek cash assistance from the government, an effort supporters say will discourage drug use among the poor. Two studies, however, show that roughly 90 percent of welfare applicants tested in similar programs around the country pass the screening.
PPolitics
The Radiance Foundation, the group that recently unveiled a series of anti-abortion billboard in Oakland, Calif., has unveiled another set of ads directed at the African-American community. According to a press release, the group will put up no fewer than 50 billboards throughout metro and downtown Atlanta, in an effort to expose what they call the epidemic of abortion.