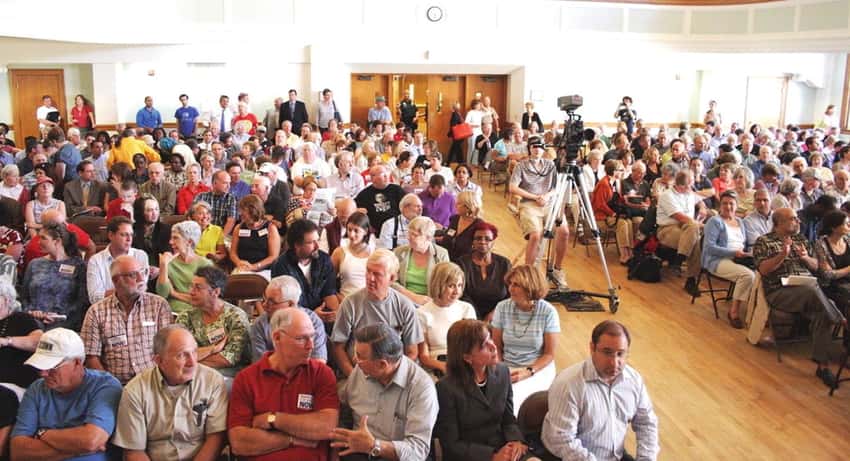 State Senate President-designate Mike Haridopolos said he came to Thursday’s Clean Energy Summit in Orlando not to talk, but to listen. True to his word, he spent much of his time as moderator scribbling notes as participants discussed the economic and environmental benefits of reducing Florida’s dependence on fossil fuels — and the challenge of making it happen.

For the most part, Florida policymakers seem stuck on the latter, torn between politically powerful utilities and their frustrated customers. Clean energy can yield benefits over time, but somebody has to pay for it.

The summit brought together alternative energy producers, utility representatives, educators, politicians, and environmentalists, with the goal of working toward a consensus.

Most of the panelists agreed on one basic point: Alternative energy can be beneficial to the Florida economy, especially if politicians act quickly, but the state’s politicians have not been quick enough. The loudest applause of the day came when business consultant Tico Perez said Florida seemed to suffer from a lack of political will.

Haridopolos pointed to the failure of H.B. 7229 during the Florida legislature’s 2010 session — a failure he pinned on Gov. Charlie Crist. The bill would have allowed large private utilities like FPL and Progress Energy to pass on the cost of renewable projects to their customers.

Crist, Haridopolos said afterward, was living in a “fantasy land” if he thought any business would accept a mandate to shoulder new costs without being compensated.

Several solar contractors objected to that logic. Shawn Lorenz of Sunbelt Solar Energy said letting utilities upgrade their infrastructure at customers’ expense was a boon for their shareholders but a bad deal for rate-payers.

“You pay for it, they keep it, then they keep billing you for it,” he said.

Eric Silagy, a senior vice president at FPL, had said earlier that every 100 megawatts of new solar generation would cost each customer only 7 cents a month over the life of a project.

Lorenz said existing incentive programs, like the PACE rebate program, allowing customers to build their own solar panels, pay for them themselves (rather than spread the cost among rate-payers), and increase the value of homes. Large-scale, centralized solar developments are less efficient because power is lost while it travels to customers, but they have one advantage: They allow utilities to control the supply of electricity, and what people pay for it.

He passed out a statement by a coalition of solar advocates calling on the legislature to limit the property tax increases that occur when customers increase their home values by adding solar panels and to renew funding for the state’s expired solar-rebate program.

Silagy, as well as several other experts on the economic development panel, favored allowing utilities to recoup costs. They say large-scale projects will help bring prices down over time and attract solar manufacturers and engineers to Florida.

In an interview prior to the conference, Silagy’s FPL colleague, Buck Martinez, laid out a vision in which Florida becomes a regional hub for solar technology. For its current solar projects, his company imports many of its materials from China and the Philippines and much of its engineering expertise from California and Europe.

Florida is well-positioned to develop that expertise for itself, and then begin exporting it to Latin America and the Southeastern United States, he said.

He pointed to a study by the Washington Economics Group, cited repeatedly during the conference, which shows that adding 700 megawatts in solar capacity could create 40,000 jobs in Florida.

In an open forum for attendees at the end of the conference, Barabara Drndak echoed a point she made in a recent op-ed column: Taxpayers, not utility companies, should receive subsidies for solar development. Spurred by federal tax rebates, small-scale “distributed generation” could actually be more efficient.

Several speakers that followed said Florida should be supporting both small-scale and utility-scale solar development if it wants to start growing the industry quickly. There are several reasons why time is of the essence:

Kim Ross of Crude Awakening, a group formed in response to the Deepwater Horizon oil spill, called on the legislature to act on clean-energy initiatives when it gets together in late July.

“Let’s make this a renewable energy session,” she said.

Haridopolos said that as far as action on alternative energy is concerned, it’s now up to Gov. Crist. ”He needs to come to us with what his plan is,” he said.

OOldPolitics
Students and residents living in Gainesville joined the Occupy Wall Street movement this week.
OOldPolitics
+ Florida could be sending BP a billion-dollar bill to pay for the oil spill. + A special…