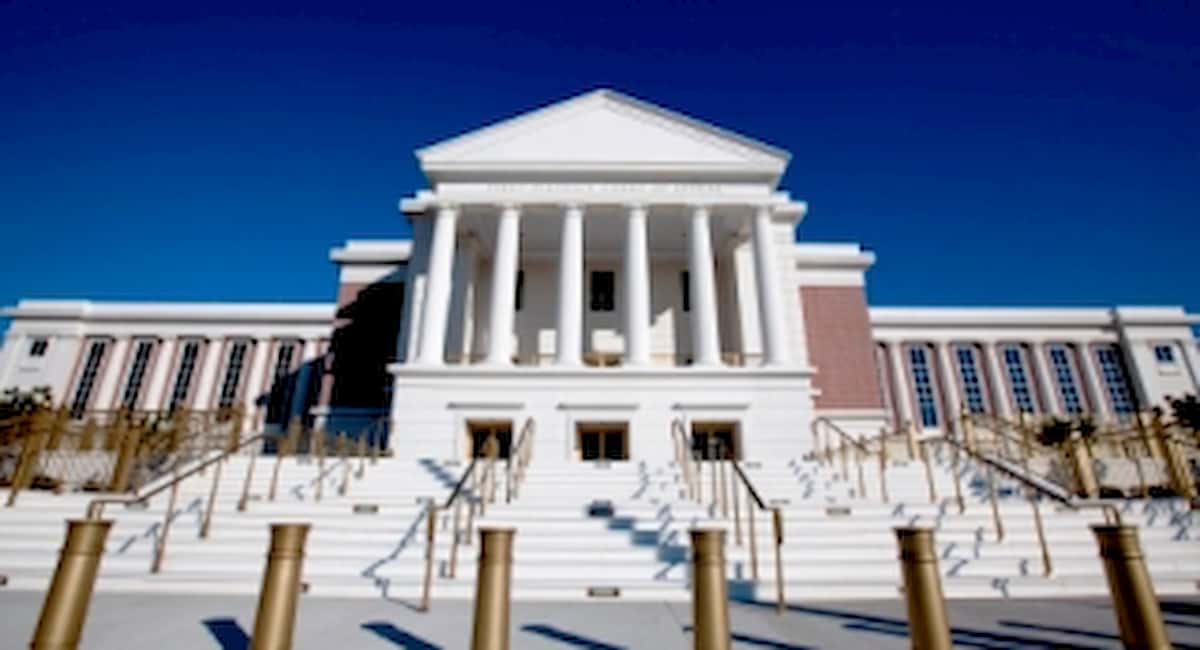 CFO Atwater on ‘Taj Mahal’: ‘One of the great embarrassments for Florida government’

Following through on an investigation launched by his predecessor Alex Sink, Chief Financial Officer Jeff Atwater has pledged to personally review all outstanding bills related to the infamous new 1st District Court of Appeal in Tallahassee, which began hearing cases last week.
0
Shares
0
0
0
0

Following through on an investigation launched by his predecessor Alex Sink, Chief Financial Officer Jeff Atwater has pledged to personally review all outstanding bills related to the infamous new 1st District Court of Appeal in Tallahassee, which began hearing cases last week.

In an interview with the Times, Atwater, a Republican, expressed his frustration with the state agency charged with overseeing the project, the Department of Management Services, for signing off on a host of controversial items personally lobbied for by 1st DCA judges, which ultimately pushed the price tag of the new courthouse to nearly $50 million:

“I now believe it is far worse than just an expensive building,” Atwater said.

Some of Atwater’s questions surround apparent attempts by the court to buy big screen television sets and furnishings for the courthouse with the proceeds of a $33.5 million bond issue that taxpayers will repay over the next 30 years.

“I cannot imagine financing equipment for 30 years that will depreciate over the next three to five years,” Atwater said.

A former Senate president, Atwater said he has completely lost confidence in the Department of Management Services, the state agency responsible for overseeing construction of the courthouse. Officials at DMS signed off on the questionable purchases the judges requested.

“I do not believe they (DMS) have been straight with the people of Florida, certainly not with our department,” he said. “They have been disguising what they were trying to get us to sign off on — and I have only been here a day.”

The Times also obtained a series of seemingly innocent bills labeled simply “labor,” yet when cross-referenced with earlier invoices it becomes clear that they were an attempt to conceal tens of thousands of dollars in charges relating to electronics, which had become a hot-button issue once news of the lavish court broke in August. The story also notes that the price tags for the 16 60-inch flat-screen television sets originally planned for the judges’ chambers — nearly $6,000 each — far exceeds the cost of similar TVs at big box stores:

Auditors are now questioning a number of bills submitted by DMS for Peter R. Brown Construction Co. and Black Box Network Services, the company providing telecommunications equipment to the court. Black Box billed the state $693,450 for services and electronics equipment but has yet to collect $571,105 due to questions raised by auditors.

The St. Petersburg Times obtained the September bill in a records request from DMS, but officials in Atwater’s office say they have never seen the September bill and believe the more recent bill that listed the TVs as “labor” was an attempt to hide what had been purchased.

Judges Paul Hawkes and Brad Thomas have been asked, along with other officials and contractors, to appear before a Senate budget committee Wednesday focused on answering questions related to the courthouse, located six miles from the capital in Tallahassee’s Southwood community. Thomas has notified the committee he will not attend.

PPolitics
A roundup of everything that happened in Tallahassee last week that we didn't have space for.
PPolitics
Maplight, a group that monitors the connection between money and politics, has released a report that says the state of Florida is owned by a conservative group called the Club for Growth.