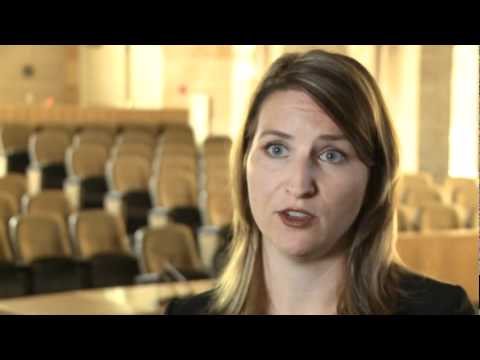 Care Net, an organization that manages a nationwide network of crisis pregnancy centers, is entering the legal fight over a 2009 Baltimore ordinance that requires such centers to clearly disclose which types of services they do and do not provide.
1
Shares
1
0
0
0

Care Net, an organization that manages a nationwide network of crisis pregnancy centers, is entering the legal fight over a 2009 Baltimore ordinance that requires such centers to clearly disclose which types of services they do and do not provide.

The Baltimore rule requires that centers be up-front about the fact that they do not provide or make referrals for abortion or birth control services. Americans United for Life — which is representing Care Net, Heartbeat International, and the National Institute of Family and Life Advocates in the lawsuit —  Care Net recently filed an amicus curiae brief in defense of Baltimore’s crisis pregnancy centers (often called CPCs). In the brief, the group claims that the ordinance and its defendants “unfairly discredit” the centers. The organization also argues that the centers only provide medically accurate information to their clients.

In 2006, for example, U.S. Representative Henry Waxman, D-CA, released a study finding that crisis pregnancy centers often use delay tactics to stall women from getting abortion or birth control services while subjecting them to anti-abortion and anti-contraception propaganda. In addition, they often mislead women, providing false factual information about contraception and the mechanics of an abortion procedure as well as its risks. Those findings were then confirmed in the 2008 report which specifically looked at the practices of such facilities in Maryland. The City Council also heard testimony from numerous women complaining about deceptive practices used by the centers.

However, CPCs fought the ordinance on the grounds that it was a First Amendment infringement. The lawsuit (O’Brien v. Mayor and City Council of Baltimore) was filed by the Archbishop of Baltimore because one of his parishes operates a crisis pregnancy center. The U.S. District Court for the District of Maryland ruled in favor of the Archbishop — which was quickly appealed.

A lot is riding on the outcome of the legal battle. San Francisco City Supervisor Malia Cohen is currently working with NARAL Pro-Choice California to create a similar ordinance. In a press release issued today, Care Net repeated a previous claim that this decision is “consistent with a nationwide strategy recently revealed in a video by NARAL Pro-Choice New York to target pregnancy centers in urban areas with hostile legislation.”

Despite the District Court of Maryland’s ruling, Cohen is moving forward with a law. ”Legislation is a priority because there are clinics using misleading advertising tactics. Women need and deserve to know the whole truth about their health care options,” she told The San Francisco Chronicle.

In Florida, Care Net in particular was found to be distributing medically inaccurate information about abortions in an effort to dissuade women from having an abortion. Care Net printed brochures that state, “Many studies have shown abortion to be connected to clinical depression, Drug and Alcohol Abuse, Post Traumatic Stress Disorder and Suicide.” It also cited “studies that link abortion to clinical depression, PTSD, drug and alcohol abuse, and suicide.”

Dr. Nancy Russo, Ph.D., a psychology professor at Arizona State University, told The Florida Independent that “the statement is misleading because it implies that abortion is a direct cause of such problems and that prohibiting abortion would reduce the risk of such problems. Neither is a valid conclusion. The former is not supported by credible scientific research, and the latter involves the ‘interventionist fallacy.’”

All information distributed by the national organizations is reviewed by medical professionals and utilizes medically-accurate and recently-published sources, including medical journals and textbooks. If there is a medical debate regarding whether or not abortion carries particular risks, that conflict is brought to the attention of the woman and is not withheld from her.

The Center for Reproductive Rights is defending the Baltimore ordinance in the U.S. Court of Appeals for the Fourth Circuit.

New York City has a similar ordinance that is being challenged by Pat Robertson’s American Center for Law and Justice. The center has also filed an amicus curiae brief for the lawsuit against Baltimore’s ordinance.

An earlier version of this article reported that Care Net alone filed the amicus curiae brief. That is incorrect.

OOldPolitics
Reuters notes that Wall Street types are complaining that coverage of the current foreclosure crisis — in which banks…
OOldPolitics
Since his announcement of an exploratory committee for a possible 2012 GOP presidential campaign, former U.S. Sen. Rick Santorum has been carving out a campaign platform that simultaneously paints President Barack Obama as a failed leader who has no faith in his nation while portraying himself as the hopeful successor whose belief in American exceptionalism will fix all the nation's economic and national security issues. “America, in a nutshell, is all about you, and you’re free,” Santorum said Thursday.