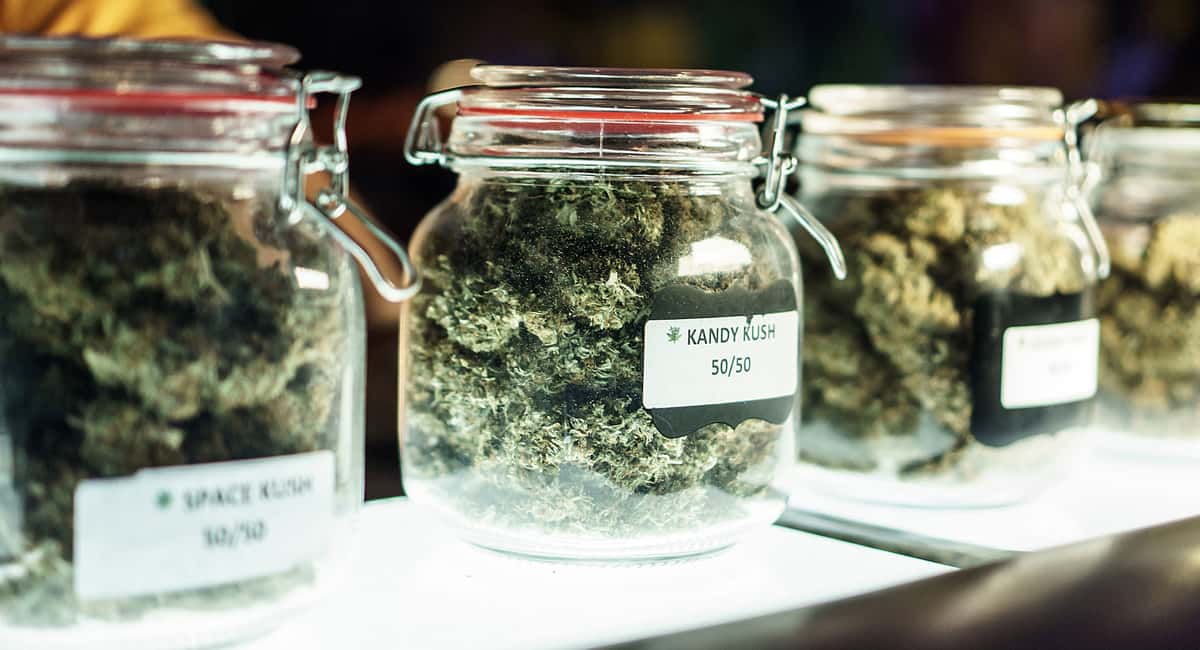 Marijuana. It’s a word that has been villainized in history, and it’s still listed as a Schedule I drug in the U.S. making it highly controlled in most states.

However, there was a  study in 1999 that identified several of the potential upsides of cannabis. Since that time, several states have loosened the rules around marijuana to make it more accessible. Meanwhile, some CBD-based products derived from cannabis have also been removed from Schedule I.

When you get past the negative attention that cannabis has received over the years, you’ll find that there are several upsides to it. It’s more than just a recreational drug – let’s roll into 12 medical benefits of the cannabis lifestyle…

The study found that cannabis can stop cancer cells in their tracks by turning off a particular gene. Further research has shown that CBD can stop cancer from spreading.

Meanwhile, cannabis may be effective in curbing some of the symptoms and side effects of cancer and its treatments. For example, there’s some evidence to suggest that cannabis can help ease nausea associated with chemotherapy. Further to that, it may help stimulate appetite loss during cancer treatments.

Taken in the right amounts, cannabis products may have a sedative effect that can reduce feelings of anxiety for a short amount of time.

In fact, some compounds found in marijuana might someday be an alternative to anti-anxiety medications. Cannabis has been shown to affect levels of a neurotransmitter called GABA, the same thing that many anti-anxiety drugs target.

Users can become dependent on benzos (a class of anxiety medications) and there’s also the risk of an overdose, the latter which doesn’t seem to be the case with cannabis. However, cannabis with high levels of THC can possibly make anxiety symptoms worse.

This is an eye disease that’s a result of high pressure that damages the optic nerve, causing a loss of eyesight.

There have already been studies as far back as the 1970s that show cannabis use can decrease the amount of pressure (known as intraocular pressure) in both people with eye disease and those without.

The studies only suggest short-term benefits for this purpose, but researchers hope to derive a product with longer-lasting effects.

Tics from neurological disorders such as Tourette syndrome may benefit from cannabis. A 2013 study suggests that there was a significant reduction in tics in those using medical cannabis compared to subjects that used a placebo.

However, studies are ongoing with larger sample groups to confirm the findings.

Meanwhile, there’s some evidence to back up that using cannabis can significantly reduce the tremors and pain associated with Parkinson’s disease, while also improving fine motor skills.

This syndrome is marked by severe seizures that start early in infancy. In a documentary, some anecdotal findings were presented that show the use of cannabis (low in the psychoactive THC component) greatly reduced the number of seizures per week – and that it was helping some other patients as well.

Cannabis may also help reduce seizures associated with epilepsy that is not responding well to other treatments.

Lupus is an autoimmune disorder that causes the body’s defense system to turn on itself. Some findings suggest that cannabis may help calm the nervous system, which in turn may calm some of the related symptoms including swelling and pain.

Perhaps the best-documented medical benefit of cannabis is the reduction of chronic pain. In particular, some strains of cannabis including these products have shown to be helpful for pain from damaged nerves and inflammation.

Cannabis may also help reduce pain associated with some other health problems including Multiple Sclerosis, working to reduce involuntary muscle contractions. There’s also evidence that the benefits of cannabis include reducing pain and inflammation from rheumatoid arthritis.

Chronic pain is the number one cause of long-term disability in the U.S.

This fatal form of dementia is impossible to stop so far, but there are some signs that cannabis can slow it down.

A 2006 study suggests that cannabis can inhibit the formation of plaques that kill brain cells associated with the disease. Other research shows there may some benefits associated with controlling the negative behavior of patients with dementia.

Hepatitis C is an infection of the liver that causes fever, fatigue, nausea and more. However, the treatment for this virus can have the same symptoms and more.

Not only that, but there’s also some evidence to suggest that cannabis can increase the effectiveness of the treatment. The study shows more than half of patients using cannabis significantly reduced the virus and kept it at bay, compared with only 8 percent of those not smoking cannabis.

10. Easing Symptoms of Crohn’s and Colitis

Patients using cannabis may help inhibit the symptoms of inflammatory bowel diseases. Research from 2010 suggests that components of cannabis positively react with cells in the gut that play a role in immunity.

Cannabis may help reduce how permeable the intestines are – which can help prevent harmful bacteria from getting into the system.

There’s even some evidence that shows those who smoke marijuana are thinner than average. What’s more, is that a study found that pot users had a better reaction to sugar compared to those who don’t use it based on fasting blood sugar and insulin levels.

There’s promising potential for cannabis use among those with post-traumatic stress disorder. It has already been approved for this medical purpose in some states including New Mexico.

While cannabis has been long thought to be only a recreational drug, it’s clear it has many medical benefits that are evidence-based.

Did you like this article about the medical benefits of a cannabis lifestyle? If so, be sure to return often for more on health, wellness, and more.

Cremation vs. Burial: An In-Depth Guide