Browning: Elections bill outrage based in part on ‘misinformation’

Florida Secretary of State Kurt Browning told reporters Thursday that the bill doesn’t negatively impact Florida voters, and where the impact is, I believe it’s justified. We believe that this is a good bill, that this certainly closes up some gaps in our code, he said.
6
Shares
6
0
0
0

About an hour after Gov. Rick Scott quietly approved a controversial set of changes to Florida’s election laws, the state’s top elections official came to the measure’s defense.

In the days leading up to the signing of the bill, Scott had said repeatedly that he didn’t want to make it harder for people to vote. His office was flooded with messages warning the measure would do just that.

Florida Secretary of State Kurt Browning told reporters Thursday that the bill “doesn’t negatively impact Florida voters, and where the impact is, I believe it’s justified.”

“We believe that this is a good bill, that this certainly closes up some gaps in our code,” he said.

The bill has to be approved by the U.S. Department of Justice for five Florida counties – Collier, Hardee, Hendry, Hillsborough, and Monroe – that have a history of voter discrimination. Browning said his team is working on submitting the measure for federal approval. In the state’s remaining counties (including Miami-Dade, where an election is currently in progress), the measure will take effect immediately.

Here’s how Browning responded to some of the key criticisms of the measure:

Some supervisors of elections, including Ion Sancho of Leon County, have warned that the measure would increase the cost of early voting if they want to maintain the number of hours because it would require them to pay poll workers overtime.

“I respectfully disagree with my colleagues that will use the cost card,” said Browning, who previously served as the Pasco County Supervisor of Elections. He said supervisors could hire people for multiple 8-hour shifts to avoid incurring overtime costs, and that the changes will reduce the burden on supervisors in rural counties.

Making it more difficult for voters to change their addresses at the polls could mean their votes aren’t counted. Browning said his lawyers have advised him that this provision, which is among the most contentious, will likely pass muster under federal law. He also said he would be issuing a directive that would require local canvassing boards to count valid provisional ballots unless there is evidence of fraud, which will likely alleviate some of the concern about this provision.

Rep. Mark Pafford, D-Lake Worth, had offered an amendment to the measure on the floor of the Florida House that would have added language to the bill that said: “All valid provisional ballots must be counted before the election is certified.” That amendment was rejected along party lines.

“We want Floridians to register to vote, and we want folks that want to register voters to vote to be able to have the opportunity to do that,” he said.

Jessica Lowe-Minor of the League of Women Voters said the group may still have to halt its voter registration operations based on the way the measure is worded, because it creates new hassles for volunteers (requiring them to enter identifying information in a state database and swear an oath they will comply with state election laws), and increases the group’s chances of facing fines (which remain capped at $1,000).

Many of the details – including the exact processes for regulating voter registration groups – will still have to be hammered out over the coming months. Groups like the League are weighing plans for lawsuits if the measure does get cleared by the Justice Department.

Sen. Miguel Diaz de la Portilla, who helped carry the measure through the Legislature, said in a statement that the bill “helps ensure that voters properly register and head to the polls at the right time” and “tightens regulations surrounding third-party groups to ensure voter fraud is kept to a minimum.”

“Governor Scott and the anti-civil liberties State Legislature have achieved an astonishing voter suppression trifecta,” Howard Simon, executive director of the ACLU of Florida, said in a statement. “With just one bill, they made it harder to register to vote, harder to cast your vote, and harder to have your vote counted.”

“This bill is an egregious attempt by misguided state legislators to suppress the voting rights of women, minorities, and the poor by forcing them to jump through excessive hoops to exercise their constitutional right to vote,” said a statement from Adora Obi Nweze, president of the Florida State Conference of the NAACP.

Browning said much of the outpouring of opposition to the measure was based on “misinformation,” fueled in part by “independent blogs” that were “working people up over things that they don’t necessarily need to be worked up over.” He said some of the provisions, such as the new restrictions on voter registration groups, may not prove to be as onerous as the bill’s opponents are claiming.

“All I know is what I read in the bill, and my many, many years of experience, and what I believe the outcome of this bill will be on Florida voters and the elections process,” he said. “And I’m just going to leave it at that.”

Note: An earlier version of this article stated that Rep. Pafford’s amendment had failed in a voice vote. It actually failed along party lines in a recorded vote, which we link to above. We regret the error.

OOldPolitics
Think Progress is reporting that just months after playing a lead role in the temporary shutdown of the Federal Aviation Administration, Rep. John Mica is now touting an FAA grant awarded to his district.
OOldPolitics 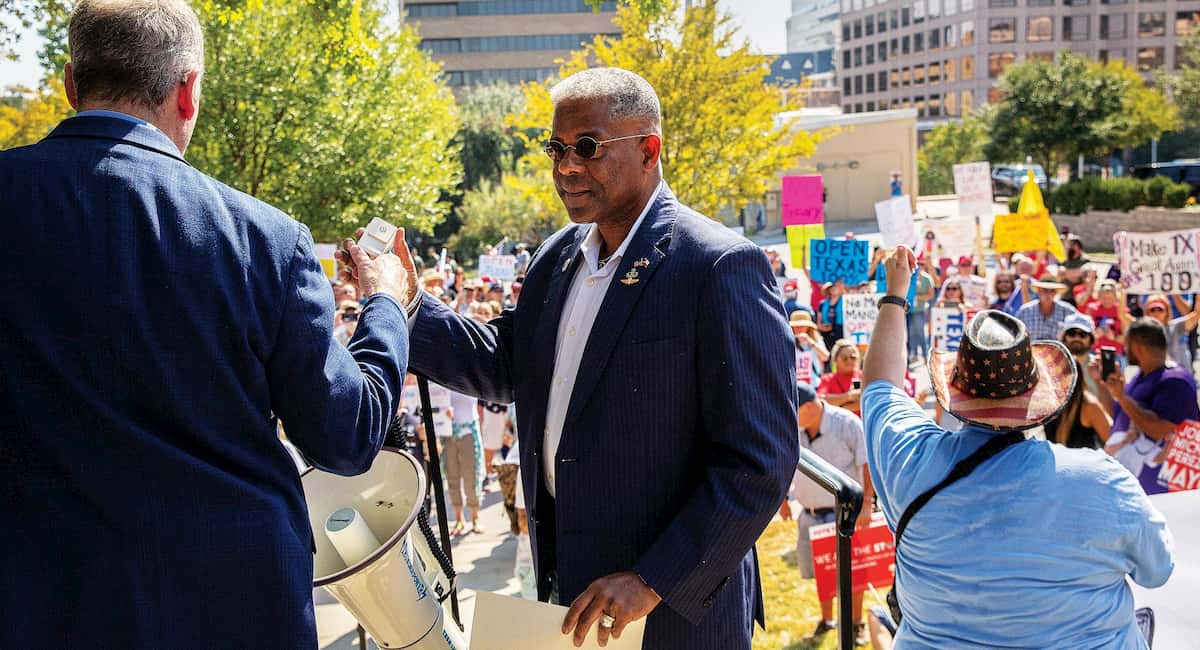 Read More
In recent months, nearly every likely Republican 2012 presidential candidate has made his or her voice heard in Florida, courting potential campaign donors at big-ticket speaking engagements and invitation-only dinners.