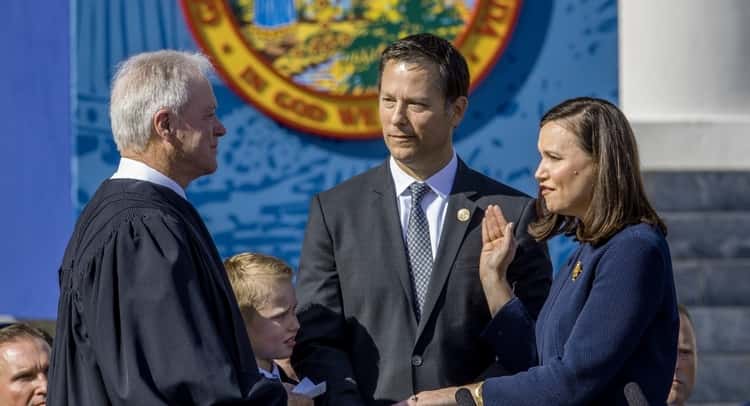 According to the Associated Press, Pam Bondi has won the race to become Florida’s attorney general Tuesday, taking 56 percent of the vote in a fiercely fought campaign that pitted two former prosecutors against each other for an office where several high-profile issues are at stake.
0
Shares
0
0
0
0

According to the Associated Press, Pam Bondi has won the race to become Florida’s attorney general Tuesday, taking 56 percent of the vote in a fiercely fought campaign that pitted two former prosecutors against each other for an office where several high-profile issues are at stake.

Bondi, a telegenic Fox News legal analyst and former Hillsborough County assistant state attorney, led in the polls leading up to election night. She had a home-court advantage — the Tampa area where she lives is part of the coveted I-4 corridor where thousands of independent-minded voters often decide statewide races. She also received an endorsement from Sarah Palin.

This was apparently crucial in helping her defeat Gelber, a former federal prosecutor, former chief counsel for the U.S. Senate’s Permanent Subcommittee on Investigations, and state senator from Miami Beach. Gelber waged a desperate comeback bid in the campaign’s final days, releasing an ad about an embarrassing episode in which Bondi did not return a dog she adopted from Louisiana in the wake of Hurricane Katrina, even after the owners, grandparents of two recently orphaned boys, tracked her down and implored her. The weekend before election day, trailing in the polls, Gelber campaigned in Bondi’s hometown of Tampa.

But Bondi labeled Gelber a career politician, and positioned herself as a political outsider, a branding that resonated with voters this election season.

The new attorney general will inherit an office with several politically charged cases pending. Current Attorney General Bill McCollum, who lost a primary bid to be the Republican candidate for governor, was one of the first attorneys general to sue the U.S. government in opposition to new federal healthcare reforms passed earlier this year. Bondi has signaled she would continue the suit.

In addition, an appeals court has ruled Florida’s ban on gay adoption unconstitutional. Bondi has vowed to defend the state’s law. And several conservative politicians have announced support for a tougher Arizona-style immigration law that would require law enforcement to detain someone if they suspected they were in the country illegally.

PPolitics
In a recent interview with iVillage, Secretary of Health and Human Services Kathleen Sebelius discussed Gov. Rick Scott's decision to turn down millions from the Affordable Care Act for the state of Florida.
PPolitics
Florida law makes it particularly hard for voters to make informed decisions about electing judges, because it bars judicial candidates from discussing how