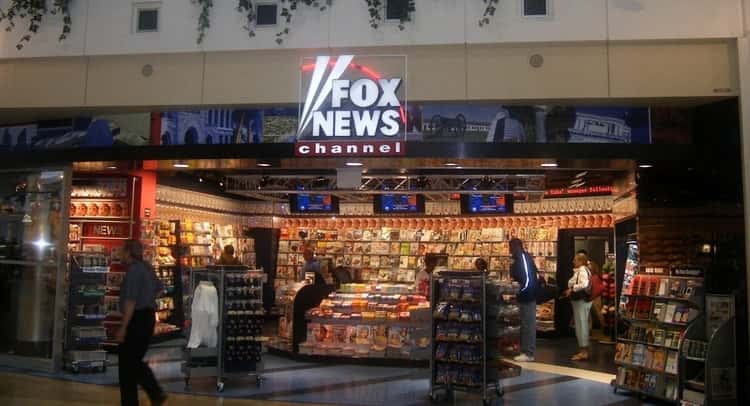 In her upset victory in the Republican primary for attorney general, Pam Bondi leaned on her exposure as a Fox News legal analyst and the star power of a Sarah Palin endorsement. Now the question is whether her continued exposure on Fox and an endorsement from Palin can carry Bondi in the general election.
1
Shares
1
0
0
0

In her upset victory in the Republican primary for attorney general, Pam Bondi leaned on her exposure as a Fox News legal analyst and the star power of a Sarah Palin endorsement.

On the primary campaign trail, Bondi told Republican crowds of her appearances on Fox News’ highly rated shows with Sean Hannity and others. And in a political climate in which being an “outsider” is en vogue, she touted her nearly two decades as a prosecutor in Tampa as experience setting her apart from the entrenched politicians opposing her.

Now the question is whether her continued exposure on Fox News and an endorsement from Palin can carry Bondi in the general election.

Bondi has appeared on television for years, providing prosecution analysis for news programs on high-profile criminal cases. Her television career began with Bondi discussing her role as the prosecutor in a case that sent a man, Adam Davis, to death row for killing his girlfriend’s mother.

After the verdict, Bondi appeared on the Today Show to talk about the case, and has since appeared on CNN, MSNBC, CBS and a 48 Hours look at the Casey Anthony case, which has long captured headlines in Florida. She eventually became a regular commentator on Fox News, frequently on Hannity’s program, where she has tackled issues such as the arrest of several teachers accused of having sex with their students.

One political analyst believes Bondi should not count on her past television appearances to put her over the hump with general election voters.

“Past appearances on Fox News as an analyst are so sporadic they really don’t have a measurable effect in a general election in terms of name identification,” says Chris Ingram, who himself has appeared on Fox as a political analyst.

On the campaign trail in the Republican primary, telling voters about her Fox News connections did not hurt, but moments during a recent televised debate with her opponent, state Sen. Dan Gelber, D-Miami Beach, may have more pull with voters, Ingram believes.

“Right now, people are not going to remember when she spoke on a segment of Fox News; they are going pick up on her confidence,” Ingram says. “Pam did a good job in the debate, but she did not show the confidence she needs against a Dan Gelber, who appears very confident on the issues.”

Ingram acknowledges that factors aside from the candidates’ legal experience could play a role in voters’ decision-making. “It doesn’t always come down to résumé, Ingram adds. “If that were the case Al Gore would have beaten George Bush, Bob Dole would have beaten Bill Clinton.”

In the debate aired this week on Bay News 9, there was no mention of Fox News, but Bondi hammered away at Gelber like she did Kottkamp and Benson, referring to him with the familiar “career politician” brand that can be heard in political races across the nation.

“I have never run for office, nor do I see this as a stepping stone, at all,” Bondi said.

Gelber scoffed at the notion of being called a career politician, saying he did not take office till he was 40 years old, after a lengthy career as a federal prosecutor. And during a recent campaign stop at a Tampa Kendrick Meek rally, Gelber blasted Bondi’s connections to Palin, calling her Bondi’s “friend from Alaska.” He also fired up Democrats by bringing up Fox News.

“I am running against a Fox News analyst from these parts!” he shouted, drawing boos from the crowd.

Bondi continues to appear on the network, only now as a candidate instead of an analyst. She could recently be seen in front of a federal courthouse in Pensacola with anchor Greta Van Susteren, railing against President Barack Obama’s health care legislation.

Before her interview, current Attorney General Bill McCollum appeared in front of the courthouse with Van Susteren. He told her of his plans for oral arguments to be made the next day as part of a lawsuit Florida has filed against Obama’s health care bill.

After the interview, McCollum stepped aside, and Bondi appeared with Van Susteren, who introduced her as the Republican candidate for attorney general in Florida. Bondi attacked the health care bill as a “government takeover,” and said that, if elected, she would continue with McCollum’s lawsuit. Gelber calls the lawsuit “a bill of goods” sold to the public.

Bondi also proclaimed in the interview that she had been working closely with McCollum to learn about the issues of the case.

As the general election approaches, Bondi is leaning less on her role as a television analyst and more on her career as a prosecutor, proclaiming several times during the debate that she has put people on death row. When asked if her Fox News appearances created the platform for her to run, Bondi stated this in an email to The Florida Independent:

No questions from the press after Scott signs teacher pay bill

OOldPolitics
A ruling on the American Civil Liberties Union's case challenging the implementation of Florida's new elections law has still not come down, and lawyers for Florida Gov. Rick Scott and Secretary of State Kurt Browning renewed their push to get the case dismissed in a filing Monday.
OOldPolitics
The fundamentalist pastor of a St. Petersburg online ministry has launched a campaign to take donations for a 9-11 Christian Center at Ground Zero in New York