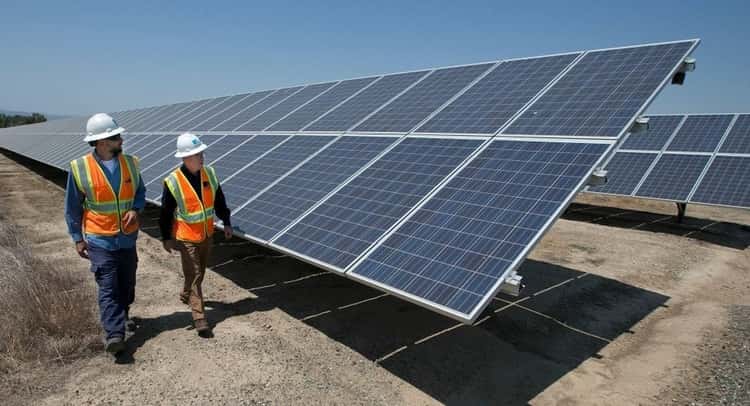 An ambitious bill that would offer grants and subsidies to communities that adopt quicker and more efficient methods of installing solar panels was introduced today by Sens. Bernie Sanders, I-Vt., and John Boozman, R-Ark.
0
Shares
0
0
0
0

An ambitious bill that would offer grants and subsidies to communities that adopt quicker and more efficient methods of installing solar panels was introduced today by Sens. Bernie Sanders, I-Vt., and John Boozman, R-Ark.

The bipartisan legislation, titled “The 10 Million Solar Roofs Act of 2011″ (.pdf), would be a boon to a quickly changing solar panel industry. The Solar Energy Industries Association — the national trade association of the U.S. solar energy industry — stated during a conference call with businesses and in a June 1 congressional hearing that the industry already employs 100,000 people, and they expect that number to double by 2013.

As interest in solar paneling has increased and the number of large-scale public projects has also jumped, the cost of manufacturing and production within in the industry has fallen. One prospective project near Blythe, Calif., called the Rice Solar Energy Project, aims to generate 150 megawatts from its solar panel facilities, enough electricity year-round for 68,000 homes, reports SolveClimate News.

The bill introduced by Sens. Sanders and Boozman would therefore address the bureaucratic wrangling home and business owners must go through to secure permits for solar installation.

In a press release, Sen. Sanders said, “This legislation will make it more affordable for families and businesses to install solar, by helping communities reduce the costs associated with solar energy permitting.” The senator also said the bill “sets strong targets for American solar energy production, to ensure we compete vigorously with China and Europe for solar energy jobs.”

For Sen. Boozman, “a simplified permitting process will make solar energy more affordable.” He continues: “I am especially pleased that our bill is fully offset and uses existing authorized spending to spur improvements in solar permitting and encourage the deployment of solar energy systems.”

An industry document (.pdf) released in January and endorsed by many major solar energy companies, argued that a more streamlined regulatory framework for installing and permitting solar panels would make the alternative-energy equipment accessible to 50 percent of American homes. From the report:

The policy goal of supporting solar is to create the scale necessary to achieve grid parity, the point where solar stands on its own as an economic choice for millions of homeowners, without the need for subsidies. While solar equipment prices are falling, the total installed cost of residential solar is falling more slowly because of inefficient local permitting and inspection processes. It is appropriate and necessary for the Department of Energy (DOE) to address this problem because DOE has already built the tools to quickly streamline local permitting and inspection processes without sacrificing safety.

Permitting costs will amount to a $1 billion tax on the industry over the next five years, says the study. Consequently, solar panel manufacturers cannot achieve full economies of scale since up-front costs for consumers are high. Germany and Japan have fully removed permitting for residential solar, giving those countries an advantage in solar panel sales despite America’s obvious advantages in size and resources.

The Sanders press release states that the disjointed regulatory framework adds an additional $2,500 in installation costs for residential consumers. That figure is backed by the industry study, which likens its reform proposals to the  “Common Application” universities allow college applicants to use as a one-size-fits-all application process.

While conservative lawmakers have been loath to consider alternative environmental energy legislation, this bill comes on the heels of population forecasting by a leading money manager who says U.S. economic pessimism is premature. In an interview with The Wall Street Journal, BlackRock Chief Equity Strategist Bob Doll, who oversees $30 billion of his company’s $3.4 trillion in client money, explained America’s slow economic revival still gives the country a leg up over international competitors. “Over the next 20 years, the U.S. work force is going to grow by 11%, Europe’s going to fall by five, and Japan’s going to fall by 17,” he told Journal. “This alone tells me the U.S. has a huge advantage over Europe and a bigger one over Japan for growth.”

That population surge means U.S. utilities will be even more strained to satisfy domestic energy demand, creating a market incentive for alternative energy infrastructure to develop robustly. As economist Brad Kemp of Beacon Economics told The American Independent a few weeks ago, “Don’t incentivize the creation of green [technology], incentivize the demand.”

OOldPolitics
A bill seeking to exempt depictions of deaths from Florida's public records laws is making its way through the legislature, and freedom-of-information advocates are warning that the repercussions of such a broad measure could be detrimental to the public's ability to hold law enforcement and government agents accountable.
OOldPolitics
Florida Gov. Rick Scott took questions during a Twitter town hall on Thursday. Set to run from 7 to 7:30 p.m., it went slightly longer than planned. In case it was hard to follow, here's a look at the questions he chose to answer: