House Bill 1263, sponsored by state Rep. Matt Hudson, R-Naples, and state Sen. Rene Garcia, R-Miami, was heavily criticized by public health experts as it quickly made its way through both chambers this past legislative session.

Critics have warned that the bill, if signed, could undermine the role of the state’s surgeon general, as well as a slew of health programs currently carried out by the state and local health departments. Some have even gone as far as to call the legislation a “perilous and costly voyage.”

Among the many concerns critics have raised about the bill is the closure of A.G. Holley State Hospital. Advocates warned during the bill’s passage that closing the hospital would remove specialized care for severe tuberculosis patients who have gone to A.G. Holley as a last stop for treatment. It would also repeal “all sections of Florida law that direct Department of Health (DOH) to promote healthy lifestyles to prevent disease, premature deaths and disability.” Experts warned that these statutes are “tools in the department’s toolkit” for assessing and protecting public health.

The Department of Health, as it stands today, was created by a Republican state lawmaker and former medical doctor. Public health advocates have long considered the department as one of the greatest achievements of Dr. William G. “Doc” Myers. The department has already been subjected to severe budget cuts in recent years. Last year, the state and local health departments suffered significant layoffs and reductions in services, due to state budget cuts.

A coalition of public health experts wrote a letter to Scott last month urging him to veto the bill. In the letter, the group warned that it would aslo greatly undermine women’s health programs.

According to the letter: 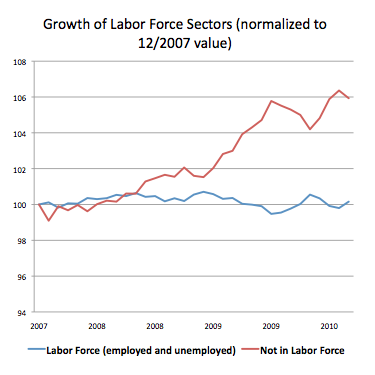 Read More
At the Roosevelt Institute, Mike Konczal and Arjun Jayadev have an astonishing paper (PDF) closely examining the unemployment numbers and weakness in the labor
OOldPolitics
Residents of the town of Southwest Ranches and the cities of Pembroke Pines and Weston who oppose a federally funded and privately managed immigration detention center in their area will attend a town meeting tonight to call for the resignation of the mayor and town attorney of Southwest Ranches.