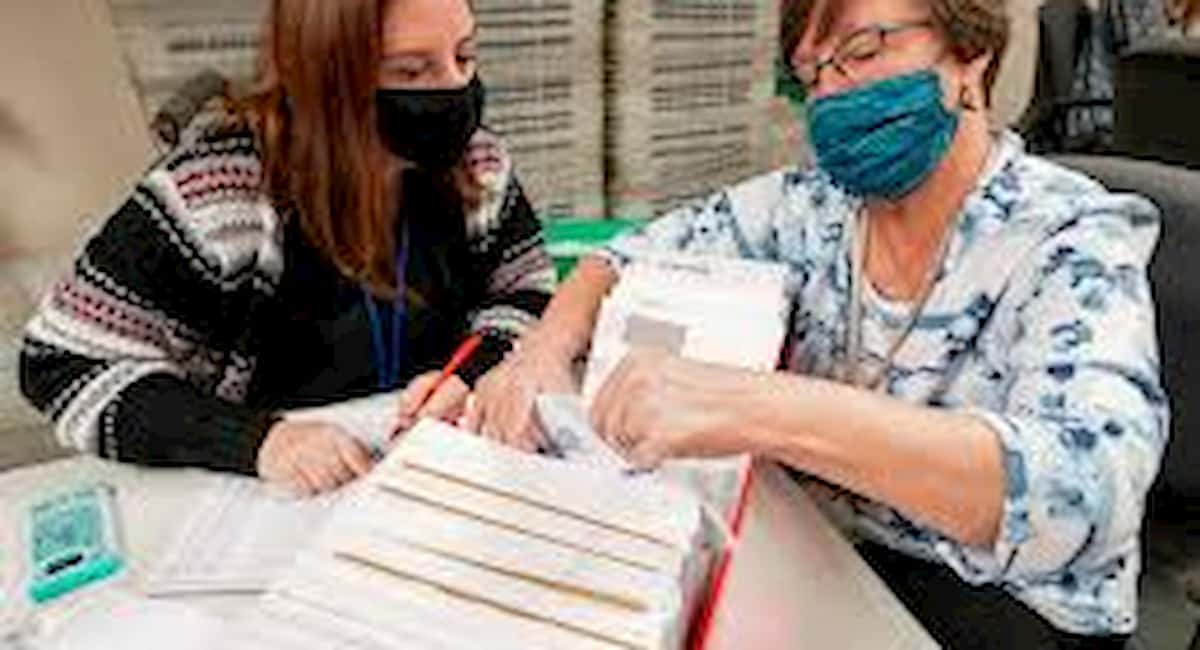 The Florida Department of State recently rerouted the approval process for the four most controversial provisions of the state’s new elections law. The decision to change the venue for the process came just over a week after the Justice Department sought additional information about three of those provisions.
0
Shares
0
0
0
0

“I am appreciative of the work the DOJ has done to approve Florida’s new election laws,” Browning said in a statement. “Their decision confirms what we already know, that Florida’s new election laws are fair and not discriminatory. I expect the federal district court will also agree that the new laws are fair when it reviews the remaining provisions.”

The State Department recently rerouted the approval process for the law’s four most controversial provisions — tighter regulations of third-party voter registration drives, limitations on voter address changes at the polls, a reduction in the number of days of early voting, and a shortening of the shelf life for signatures gathered in support of ballot initiatives.

The decision to change the venue for the process came a week and a few days after the Justice Department sought additional information about three of those provisions, which had drawn specific objections from groups like the American Civil Liberties Union and the League of Women Voters.

In a letter to the Justice Department dated July 22, State Department General Counsel Daniel E. Nordby noted that “on July 19, 2011, the Department of Justice requested additional information from the Department of State regarding three specific sections of the act” — the provisions affecting early voting, address changes and third-party registration.

Along with Nordby’s letter, the State Department sent information intended to show the measure does not have the purpose and would not have the effect of discriminating against minority voters. In the letter (which is posted below), Nordby urged the department to “grant swift preclearance to the remaining 77 sections of the Act that, to our knowledge, have drawn no comments in opposition and were not subject to any requests for more information by the Department of Justice.”

Tuesday’s announcement shows that request has been granted, minus the provision shortening the shelf life for citizen ballot initiatives, which the State Department withdrew from the Justice Department along with the other three contested provisions on July 29, citing an increase in “misinformation” surrounding the changes.

He also said that while the department had hoped to get those provisions pre-cleared along with the rest of the changes, they were withdrawn from consideration amid an increase in outside pressure for the federal government to reject them.

Nordby’s letter and the supporting information “responded to the department’s questions and to some of the comments we were already hearing from outside organizations,” Cate said.

The three provisions mentioned in Nordby’s letter were the three provisions cited in a letter sent to the Justice Department by the League of Women Voters of Florida, Democracia USA, the Brennan Center for Justice, and the Lawyers’ Committee for Civil Rights Under Law. The groups argued that the provisions would have a disproportionate effect on minority voters. The ACLU cited the shelf-life provision, as well as the other three, in its letter calling on the Justice Department to reject the changes.

Jessica Lowe-Minor, the League’s executive director, said the decision to shift the approval process for those provisions to another venue “further reinforces our position” that the changes violate Section 5 of the Voting Rights Act.

A date has not yet been set for the federal court to decide whether the four contested provisions pass muster under the Voting Rights Act. Lowe-Minor said that challenges on other grounds may be possible, but it’s too early to say whether that will happen. Cate said the department is seeking an expedited decision to ensure that challenges are resolved in time for the Florida’s presidential primary.

The law was already in effect in 62 of Florida’s counties, but under Section 5 of the Voting Rights Act, the changes require federal approval before they can take effect Collier, Hendry, Hardee, Hillsborough and Monroe counties, which have a history of discriminatory practices in elections.

OOldPolitics
The U.S. Senate made strides Tuesday to approve an extension of unemployment benefits that will give out-of-work Americans till November to enroll in the federal Emergency Unemployment Compensation program, and fully fund Extended Benefits programs in states — like Florida — suffering from high unemployment. But a line in Florida law currently prohibits the Sunshine State from receiving and disbursing the additional E.B. funding promised in the legislation. At least one Florida lawmaker — state Rep. Kevin Rader, D-Boynton Beach — called on Gov. Charlie Crist, state House Speaker Larry Cretul and state Senate President Jeff Atwater to fix the issue during this week's special session, but that idea went nowhere. The state legislature called an end to the session after less than three hours. That means that thousands of Floridians who have exhausted their normal state and EUC benefits will be denied the federal government's additional lifeline payments.
OOldPolitics
The Florida Department of Education announced on Tuesday that Florida’s high schools reached record high levels in the 2009-2010 school year.