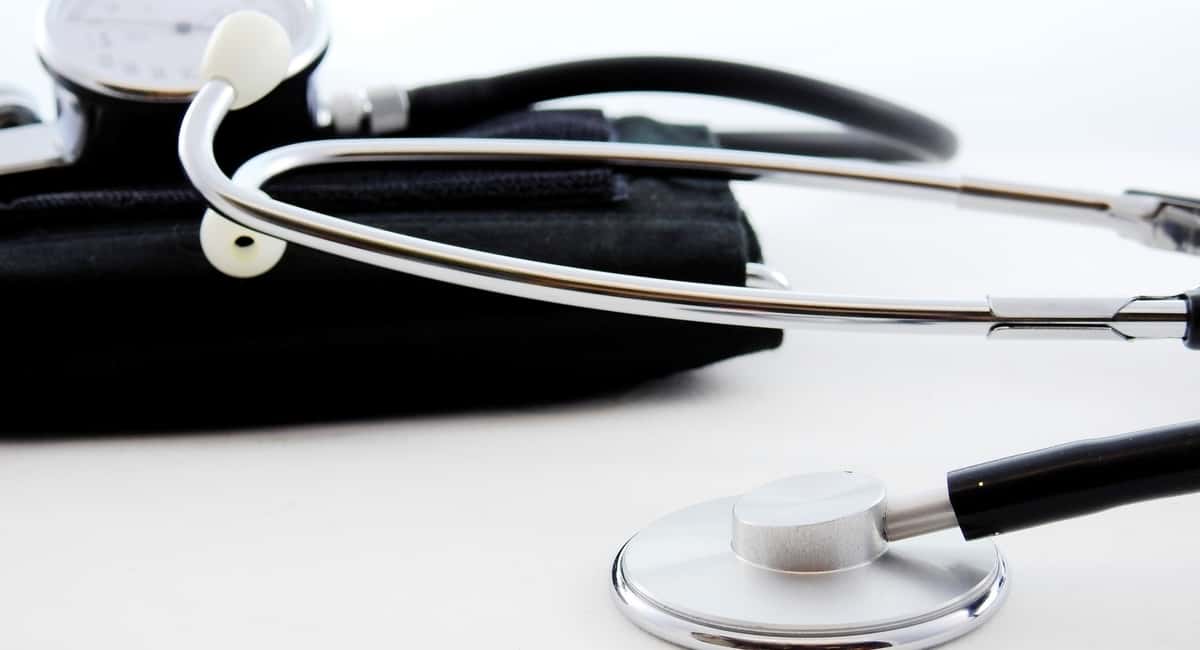 Before the invention of the stethoscope, doctors participated in a practice called auscultation, which was the simple act of putting an ear to a patient’s chest to hear their heartbeat.

In 1816, a doctor by the name of René Laennec invented the stethoscope after he felt unprofessional having to put his ear up to the chest of a female patient.

Because of stethoscopes, doctors were able to diagnose several pulmonary conditions and many other diseases of the chest and heart. The stethoscope is still one of the most widely used tools by all different doctors to this day.

But as a med student, how do you know which stethoscope is the best? Keep reading to uncover what factors you should consider when making a purchase so that you can make the best choice when you’re ready to buy.

While there are many different types of stethoscopes, there are two main ways in which they function.

An acoustic stethoscope is more traditional and has a simple construction. Through a device that is placed on the chest, sound travels through the hollow tubes that attach to it and end in the physician’s ear so they can hear what’s going on.

An electronic stethoscope is a contact microphone. It converts vibrations into electric signals, which are then amplified, and then fed into a headphone or speaker.

An electronic stethoscope amplifies quiet sounds. Sometimes it picks up on others which can be distracting, but this can usually be corrected by using filters.

While the electronic stethoscope is newer and more expensive, it’s recommended that doctors, especially newer ones, opt for an acoustic version. It’s lighter, easier to use, and cheaper.

What Will You Use It For?

There are many different types of stethoscopes, so which one you choose depends greatly on what or who you will be using it for.

An infant stethoscope has a smaller diameter so that it gives more accurate auscultations. Because many infants are allergic to latex, it has non-latex build up. A neonatal stethoscope has an even smaller chest piece as it’s meant for the tiniest of infants.

A cardiovascular stethoscope looks just like an acoustic stethoscope, but it provides much greater acoustic quality. That way, there’s no chance of a physician missing any subtle murmurs of the heart. Earpieces are thicker to block out other sounds, and the tubes are thicker and shorter to maintain sound quality.

Amplifying stethoscopes are perfect for medical professionals who are hard of hearing. They convert the acoustic sounds into electronic ones, and then those sounds are amplified before reaching the earpieces. There’s an electronic display, and you can also use headphones so as not to interfere with hearing aids.

A digital stethoscope offers many options. With one of these, you can switch between digital and analog amplification. This allows you to pick the ideal setting, depending on what sounds you’re listening for. There is also a record feature so you can replay what you heard and connect to a computer or smart device.

A fetal stethoscope is an entirely different construction than the others. It’s essentially an ear horn and stethoscope combined. To transmit sound, a small bell is placed on a mother’s stomach to hear the baby’s heartbeat.

How Do You Choose the Right One?

Even though there are distinct versions to use for different patients, there is still a myriad of options within each category. When you begin perusing stethoscopes for sale, make sure that you pick one that’s right for you.

Put one on and listen to your heartbeat. Is it comfortable to wear? Can you hear it loud and clear? Some people prefer stiffer tubing, whereas some doctors would rather it be more flexible.

Littman stethoscopes tend to be more flexible and provide louder sound. But take your time and listen to a variety of stethoscopes before you pick one.

Make sure the ear tips are comfortable and fit your hear. The better the fit, the less likely you are to pick up on sounds other than the ones you’re listening for.

Pay attention to its weight. Does it feel heavy on your neck? Is it too stiff to stuff into your pocket? Because there won’t often be a moment that it isn’t with you, it’s ideal that your new stethoscope feels like a second skin.

Here you can check out some of the best stethoscopes for nurses, doctors, and respiratory therapists.

Stethoscopes Are an Amazing Tool That Every Doctor Needs

Almost every doctor needs a stethoscope, even animal doctors! Even though technology continues to advance at an exponential rate, stethoscopes are one tool that doesn’t need much fixing.

It’s one of those amazing medical tools that still functions essentially the same way as it did when it was first invented. And that’s because it was such a great discovery, to begin with.

Are you super excited to get your license but still have a ways to go with your degree? You might want to integrate an online class or two into your busy schedule. Take a look at these 10 advantages of taking courses online.

What is the Function of Water and it's Importance For Good Health?