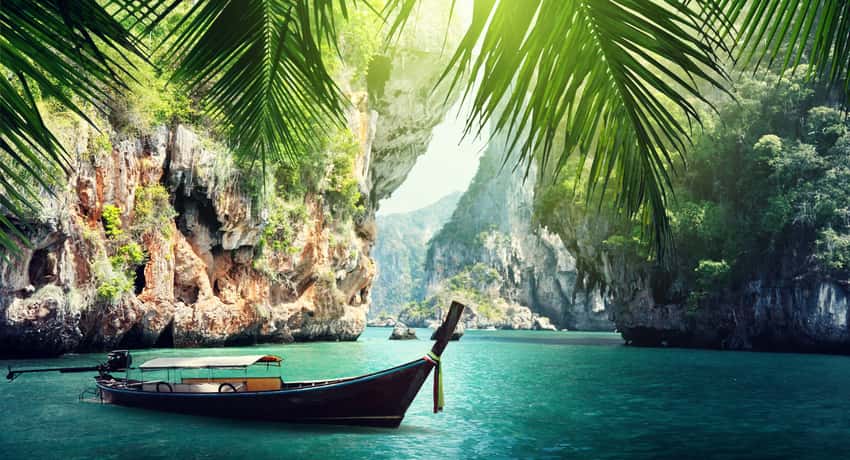 Asia Travel: Top 5 Best Things to Do in Asia

Thanks to being the largest continent, Asia offers a huge and diverse variety of destinations and cultures to experience. From kicking back on pristine beaches to hiking through lush jungles, there is something for everyone. Plus, with a ton of great budget airlines to choose from, as you plan your Asia travel experiences, you can hit up several different destinations during your trip.

So, let’s look at 5 of the coolest things to do in Asia travel.

This world UNESCO heritage site is one of the most historically significant archeological finds of the 20th century. What was once funerary for the emperor Qin Shi Huang, is now a museum and learning center for the first emperor of a united China. It also tells the story of one of the earliest dynasties in China’s long history.

And while parts of the army do go on tour every so often, it is much more powerful to see them all together, in China.

Inari Temples are a central part of Japanese culture, even today and Fushimi Inari Taisha is the largest and most important of all of them. It was built in 711 CE and has been used since then as a place of prayer, mainly for the health and safety of friends and family, as well as prosperity based wishes. Located in Japan’s second city, Kyoto, it is worth seeing as it is one of Japan’s iconic places on top of being culturally iconic both in Japan and the rest of the world.

Located in Southwest Borneo, this swampy forest consisting of more than 1,600 square miles, is home to a wide variety of plant and animal life. Founded in 1971 as a research facility and rehabilitation habitat for orangutang, it is now a national park open to the public. Only accessible by waterway, guests will live in story boats that sail along the unique black water of the Sekonyer River.

However, from here guests will get the chance to see everything from orangutang to crocodiles to wild boar and even a macaque or two.

Often included in South East Asia tour packages, this ancient Hindu temple is the largest religious compound in the world. It was built as a royal temple for the god Vishnu in the 12th century. Get there before sunrise and take it all in as the sun comes up before spending the day exploring the excellently preserved ruins.

This is the first, and probably the best, an example of India’s famous Mughal architecture. Built-in 1565 CE as a tomb for Humayun by his senior wife, it is a beautiful tomb full of lovely gardens connected by a number of pathways before you reach the mausoleum itself. This double domed structure, with its intricate design, not only houses Humayun but several other Mughal rulers as well, making it a truly distinct Asia Travel destination.

So Many Asia Travel Destinations

These are just 5 Asia Travel Destinations for you to see. However, considering there are 48 countries with very distinct cultures, you could spend a lifetime exploring everything it has to offer.

For more unique travel listicles, check out the rest of our site.

Be Memorable: 10 Tips for What to Do at a Networking Event

Benefits of Moving Accounting Software to The Cloud