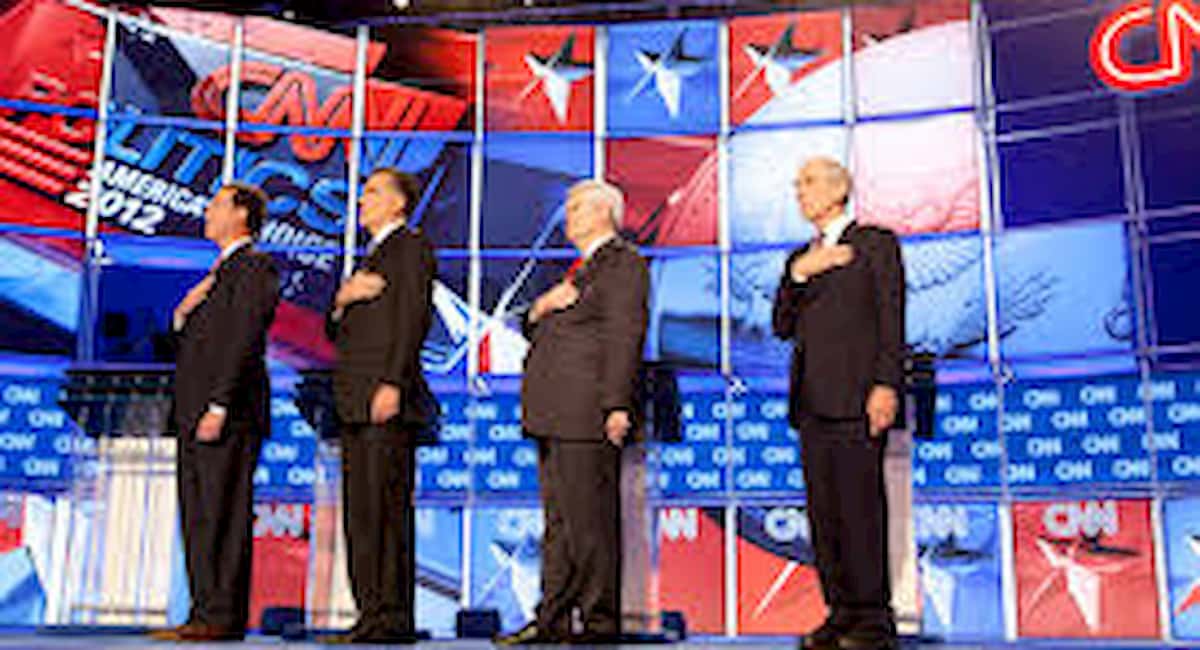 As polls open, Gingrich and Romney continue to trade barbs

Because of its diversity, the Sunshine State is often though of as a microcosm of the rest of the country — and from the I-4 corridor to Miami’s Little Havana, all eyes are on voting booths today. Polls have officially opened and, despite polls showing a big lead for Mitt Romney, attacks on his opponent, Newt Gingrich, were relentless.
0
Shares
0
0
0
0

Because of its diversity, the Sunshine State is often though of as a microcosm of the rest of the country — and from the I-4 corridor to Miami’s Little Havana, all eyes are on voting booths today. Polls have officially opened and, despite polls showing a big lead for Mitt Romney, attacks on his opponent, Newt Gingrich, were relentless.

“What a pathetic situation. To be running for the president of the United States with nothing positive to say for yourself,” Gingrich said during a stop in Fort Myers. But Gingrich, who promised to stay on the campaign trail through the August party convention in Tampa, hasn’t exactly been playing the part of Mr. Nice Guy.

In the past week, Gingrich has called Romney a “George Soros candidate,” and said he is “about the same” as “Nobama.”

During an appearance in Tampa yesterday, the former Speaker cited a poll that has him and Romney tied for first. Unfortunately for him, that poll was actually conducted last week, prior to Gingrich’s poor debate showing in Jacksonville.

Gingrich has been pandering to his Florida audience, telling a crowd in St. Petersburg last week that Romney’s hire of Charlie Crist’s former campaign manager should tell voters “everything [they] need to know about this primary.” As Politico put it, Gingrich’s reference was “the most direct and deadliest weapon available to him: In Florida conservative circles, there’s no more reviled figure than the state’s former governor, who went from prospective national candidate to GOP pariah in record time.”

“I’ve never seen the volume of it like this,” Crist said. “None of us has. The Super PACS … have a lot to do with that.”

When asked if he thought Obama deserved reelection, Crist said he would consider supporting him. “I think the guy’s trying awfully hard and I’ve had the occasion of visiting with him several times. … I think the man’s trying hard and we’ll see what the future holds.”

As far as rumors concerning Crist one day running for office as a Democrat, he said he “wouldn’t definitively rule out anything.”

According to most polls, Romney is leading by double digits. But the wide lead isn’t stopping him from attacking Gingrich. Calling the recent attacks “painfully revealing,” Romney said that Gingrich’s plans to stay on until the convention might be a sign of desperation. “That’s usually the indication that you think you’re going to lose,” he told reporters yesterday. “When you say, ‘I’m going to go on no matter what happens,’ that’s usually not a good sign.”

According to MSNBC, 633,000 votes have already been cast in the state via absentee ballot or early voting.

More than $24 million has been spent on ads — $16 million of which came from Romney or PACs associated with him.

An even more startling statistic? At least 92 percent of all ads airing in Florida this week have been negative, according to the Campaign Media Analysis Group. Interest group ads are up 1,600 percent since 2008, according to the nonpartisan Wesleyan Media Project.

PPolitics
State Sen. Nan Rich, D-Weston, criticized the Florida Legislature today for its hypocrisy in accepting funds from the Affordable Care Act for Title V abstinence-only education grants, while at the same time rejecting millions that were allocated to child abuse and neglect prevention programs.
PPolitics
Former Rep. Allen Boyd is one of eight Blue Dog Democrats to find work as a lobbyist after losing his seat in the 2010 elections.