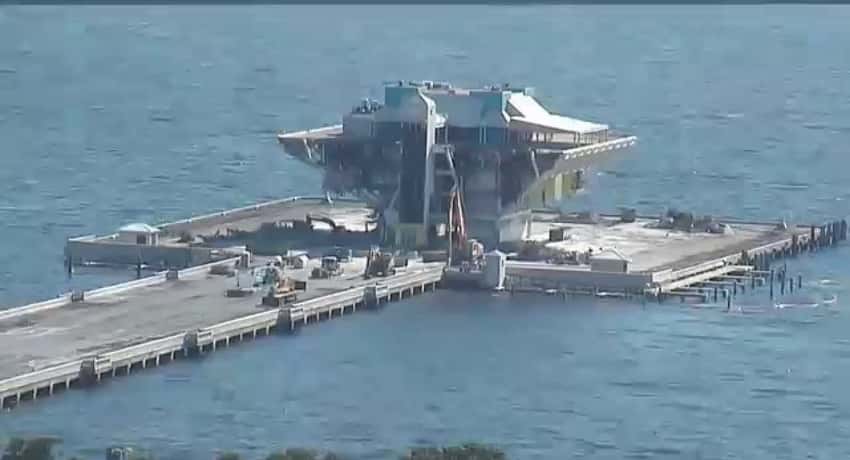 In Washington, the prospect of a comprehensive energy bill passing this year is growing increasingly dim, with some key senators doubting that a renewable energy requirement will pass after the election and President Obama saying progress will likely come in “chunks.”

With policy stalled at the federal level, Susan Glickman of the Florida Business Network for a Clean Energy Economy says it’s now up to the states to serve as the “laboratory” for more ambitious energy policies.

In the wake of the oil spill in the Gulf of Mexico, Glickman helped organize a series of workshops in an effort to overcome the political stalemate that has hampered energy policy in Florida.

During a panel discussion at the third such workshop, held Saturday at St. Petersburg College’s Seminole campus, David Cartes — director of the Institute for Energy Systems, Economics and Sustainability at Florida State University — said the ideal policy to reduce the state’s reliance on fossil fuels would be a price on carbon. Florida imports most of its energy, and subjecting fossil fuels to a tax would help make renewable sources more competitive.

“He’s right — the right place to do it is on the price of fuel,” said Barry Moline, executive director of the Florida Municipal Electric Association, but a carbon price simply “isn’t workable in this political and regulatory environment,” for two reasons.

First, politicians will have to be convinced that climate change is a threat worth responding to. “That argument doesn’t work with this legislature,” he said. Second, they’ll have to be persuaded that it’s worth passing a new tax to do something about it, in a political climate hostile to any new form of taxation.

A more workable policy, he said, would be a 25-cent-per-month surcharge on utility bills. Power customers would barely notice the charge, but it could raise tens of millions of dollars each year for a “public benefit fund,” which could pay for the state’s existing solar and energy-efficiency rebate programs (which have languished without funding from the legislature) and provide grants for other programs with what’s left over.

“We have to start investing to develop the technology,” Moline said. Even modest rebates can lower the price of renewable energy “enough to get people’s attention.”

Cartes agreed that such a fund would be helpful, but he said having customers pay for it makes little sense. For one thing, they have little say where their power comes from. That’s up to the utilities, which make money by selling people electricity from the cheapest possible sources.

What’s needed, the panelists seemed to agree, is a “de-coupling” of utilities’ bottom lines from the amount of power they sell, allowing them to make money while encouraging their customers to use less electricity. “You have to make it profitable to do the right thing,” said Dan Lashof of the Natural Resources Defense Council.

Glickman, the renewable energy advocate who organized the workshops, said that one of her goals was to show that the business community could benefit from a renewable energy policy — a point that seemed to echo more heated remarks made last month by General Electric CEO Jeffrey Immelt, who called the United States’ energy policy a “relic” that has “fundamentally no basis in the modern world,” according to The New York Times.

The United States will remain an underdog in clean energy competition unless Congress can get past its partisan deadlock and produce effective national energy policies, he said. In particular, the United States needs some kind of long-term price on carbon emissions and a national clean energy standard that does not exclude any fuel options — including nuclear power, one of GE’s key business areas, he said. GE is a member of the U.S. Climate Action Partnership (USCAP), which lobbied for the cap-and-trade climate bill that passed the House last year but died in the Senate this summer.

Energy “is an incredibly long-cycle industry. Without a market signal of some consistency, the right investments aren’t going to be made,” he said.

One policy that could help create the market certainty Immelt described is a renewable energy standard — a requirement that some percentage of Florida’s energy come from renewable sources, Glickman said. While several dozen states have renewable energy standards in place (some of them are voluntary), Florida still has the chance become the second in the Southeast, after North Carolina, to adopt such a standard.

Dale Brill, president of the Florida Chamber of Commerce Foundation, said that attracting energy investment could help Florida’s economy grow beyond the “three-legged stool” of agriculture, tourism and real estate development, on which it has rested on for most of its history. “Those three industries are no longer sufficient,” he said.

Is Brown’s opposition to redistricting amendments giving momentum to her opponent?

PPolitics
Read More
The Florida House of Representatives is set to take up today a measure that would tighten standards for claimants seeking unemployment benefits and shorten the number of weeks benefits are available.
PPolitics
Florida Republican Marco Rubio won the race for the U.S. Senate with a wide margin — one of…