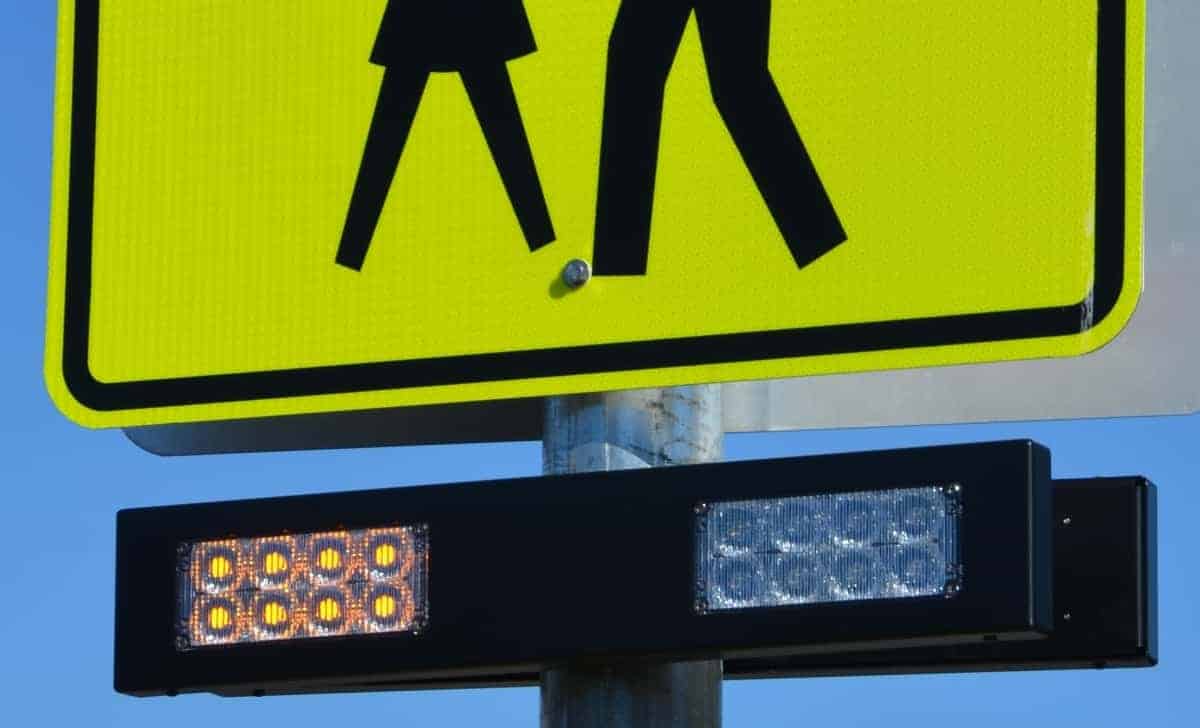 Depending on who you talk to Rectangular Rapid Flashing Beacons can be thought of as safer than regular traffic signals, due in part to the quality engineering of rapidly flashing beacons.  Others will have you believe that they are less safe than their counterparts.  It appears the motivations of those in the latter category are political and or stem from their own self-interests.

So we will break down the safety levels of Rectangular Rapid Flashing Beacons or RRFBs.  First, let’s talk about the functions of RRFBs and how they are different from traditional flashing beacons.

They have a different shape than regular beacons.  The motive behind this is to allow RRFBs to stand out and catch the attention of driver’s coming through an intersection.  This, in turn, helps to alert said drivers to stop or slow down when needed.

They have a faster flashing rate.  RRFBs rapidly flash at a much more intense rate than their counterparts.  Studies have shown this to be a huge deterrent of auto accidents, especially in consideration of pedestrians.  Many would say that the intensity of the flashing rate is one of the biggest reason why RRFBs are so successful.  You eyes simply gravitate toward the rapid flashing lights.

RRFBs also have a brighter light intensity.  This works in tandem with the speed of the RRFBs to create a double-barreled approach which has also proven to compound the safety effectiveness of the RRFBs.  When pedestrians hit the button at the crosswalk they put all of this into play and create a better environment for crossing the street.

Cities like St. Petersburg, Fl., Boulder, Co., and Washington D.C. have reported much higher percentages of safety effectiveness from RRFBs than from the standard flashing beacons previously used.

According to the National Highway Traffic Safety Administration RRFBs are cheaper and have shown that they do improve driver yielding when they come to a crosswalk when put up against the standard marking and other types of warning signs.

The NHTSA also found that the nature in which RRFBs flash and stutter tends to bring a higher response rate from drivers than traditional methods.

So the jury is in and it seems the decision is unanimous.  RRFBs create a safer environment for both pedestrians and drivers.

How to Watch American Netflix in India - Step by Step Guide

What to Do After a Hurricane Damages Your Bulkhead