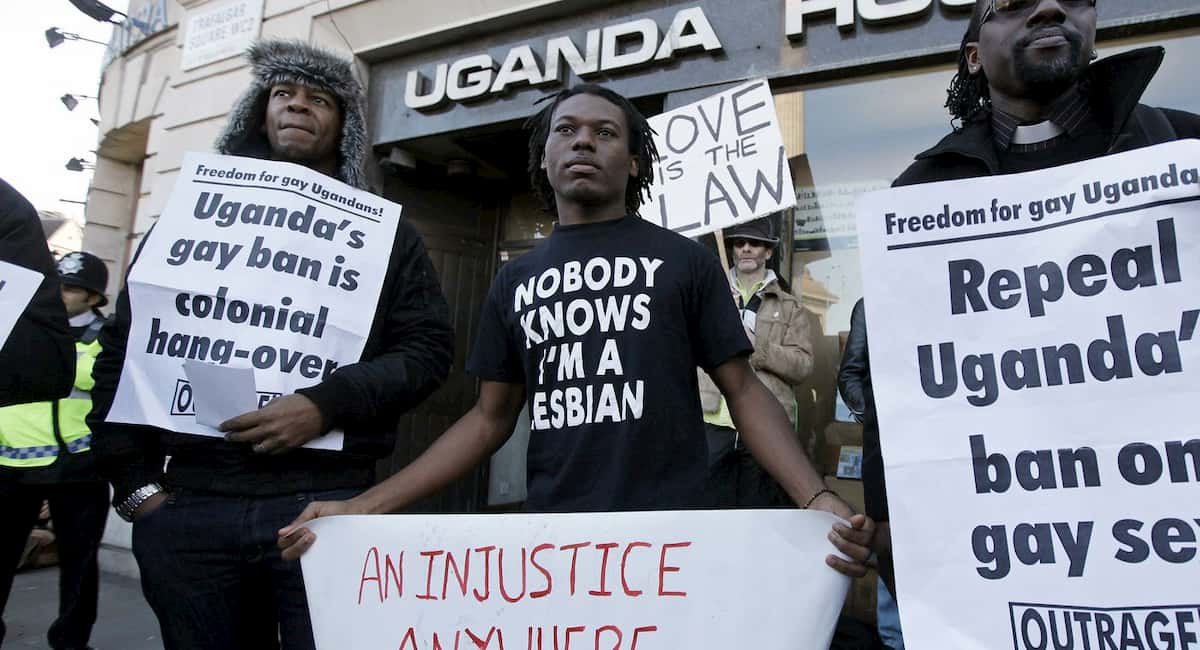 Anti-gay rights groups around the country will see a cash infusion over the next two years through a plan called “Ignite an Enduring Cultural Transformation.” And the groups are remaining mum about who is responsible.
0
Shares
0
0
0
0

e an Enduring Cultural Transformation.” And the groups are remaining mum about who is responsible.

Family policy councils — a creation of Focus on the Family in the 1980s — have launched the Ignite plan in 15 states. Each family policy council has a three-prong plan to achieve their legislative goals over the next two years: lobbying for legislation, mobilizing pastors and social conservatives and supporting candidates that have backed their initiatives. Each group has used a stock brochure containing nearly identical wording to explain their plan and to solicit funds. In many cases, an Ignite plan was launched with an anonymous matching-grant donor.

Requests for information from many of the policy councils were denied, and Focus on the Family told The American Independent it has no involvement, declining to offer information on any organization that might back the plan.

While form 990s — revenue and expense documents that nonprofits file with the IRS — don’t provide detailed information on political organizing expenditures, The American Independent has provided each group’s average yearly revenues for comparison to their two-year spending under the Ignite plan.

Already, the groups are seeing success in their respective states.

The South Dakota Family Policy Council is spending $72,600 in the next two years as part of the Ignite campaign (.pdf), specifically to pass legislation that would force women seeking an abortion to speak to counselors at religious-based crisis pregnancy centers.

The group lobbied heavily for the bill in the media, testified before the South Dakota legislature and organized a pastor’s day at the state capitol in Pierre in February to advocate for the bill. It passed the legislature and was signed into law in late March.

The South Dakota Family Policy Council is also pushing legislation that would ban surrogate mothers, but thus far the bill has yet to get out of committee. The group lists “Defeat Equality-SD’s radical gay-rights legislation,” as a goal of the Ignite campaign.

All told, the organization plans to spend $72,600 under the campaign, a small chunk of the average $304,000 the group took in as normal operating revenue each year over the last five years.

The group did not return a request for information about the campaign.

Anti-gay marriage amendments on the ballot in 2012

In several states — such as Indiana, Minnesota, Pennsylvania and West Virginia — Ignite plans seems to be targeted at getting anti-gay marriage amendments passed.

The Family Policy Council of West Virginia plans to spend $168,000 through 2012  (its average yearly budget is $132,000) during its two-year Ignite campaign to pass a constitutional amendment to ban same-sex marriage and civil unions, and also to defeat laws that would prevent discrimination against gays and lesbians.

In West Virginia, both houses of the legislature are overwhelmingly held by Democrats, and Gov. Earl Ray Tomblin is a Democrat. The planned anti-gay marriage amendment there was voted down in the House of Delegates in February, even though many of the Democrats in the state oppose gay marriage.

The state’s Family Policy Council did not return a request for information about the Ignite campaign.

The Pennsylvania Family Institute, meanwhile, plans to spend $1.5 million through 2012 on anti-abortion rights measures as well as a constitutional amendment barring gay marriage in the state. The average yearly revenue for the group over the last three years was $1.4 million. The group also received a matching donation of $7,500 at the end of 2010.

On Tuesday, Pennsylvania Republicans introduced the anti-gay marriage amendment the Family Institute says it will push over the next two years.

“Ignite may well be the most important plan we’ve ever undertaken,” wrote Family Institute president Michael Geer in a message to supporters about the plan. “We want to ensure that Pennsylvania’s pro-family citizens don’t ‘go home’ thinking election results alone will stop those who undermine the timeless values you and I share. Our plan is designed to take back lost ground in the areas of life, liberty, marriage, and the family.”

The Indiana Family Institute plans (.pdf) to spend $498,000 to defund Planned Parenthood and to pass an anti-gay marriage amendment. The group’s revenues have averaged $313,896 over the past three years.

The organization did not respond to a request for comment on the Ignite plan.

In Minnesota, the Ignite plan calls for adding an amendment to the Minnesota Constitution banning gay marriage; the Minnesota Family Council is planning to spend $4.71 million in the next two years. The group averaged $832,000 in revenue over the last three years between the Council and it’s affiliate, the Minnesota Family Institute. If the Ignite campaign goes according to plan, the group will spend more than twice its historical average in working to abolish gay marriage in the state.

Family Foundation of Virginia plans to spend $1,170,277 over the next two years to push legislation on “wrongful death for the unborn,” school choice and religious liberty protections.

The group’s revenues over the last four years have averaged $510,000. They did not return a request for information on the campaign and increased spending.

Like many of the family policy councils, the Family Foundation got a year-end bump from a matching grant.

“In order to get us off to a strong start in implementing this plan, a small group of The Family Foundation’s donors have offered to match every contribution The Family Foundation receives before December 31 — up to $25,000!” the group said in a recent fundraising pitch.

And the group has been busy this year. It’s former executive director, Martin Brown, was tapped by Gov. Bob McDonnell to head Virginia’s Social Services Department. Under Brown’s leadership, the state social services board has tightened adoption rules so that agencies may discriminate against gay and lesbian couples.

The Family Foundation lobbied heavily for the pro-discrimination policies.

Its plan (.pdf), which was sent to donors, includes this endorsement from House Majority Leader Eric Cantor: “It is difficult to imagine how Virginia would look today without The Family Foundation’s vigilant grassroots programs and the dedicated men and women who are the heart and soul of this proud institution.”

The Massachusetts Family Institute also had a message to its supporters last fall:

We must ensure Massachusetts’s pro-family movement doesn’t “go home” after a tough election. We must work to ensure the “moment” that was the 2010 elections, both the January Special Election and the general in November, becomes a “movement” that takes back lost ground in the areas of life, liberty, marriage, and the family.

The Institute plans to spend $148,000 to defeat a “transgender bathroom bill,” to pass a student religious freedom bill and to pass anti-abortion initiatives, all uphill battles in a heavily progressive state.

The group’s website includes an endorsement of their Ignite plan from presidential candidate Mitt Romney: “MFI has a track record of getting things done on behalf of Massachusetts families and is uniquely positioned to accomplish even more in the years to come.”

The Louisiana Family Forum got a big endorsement from Gov. Bobby Jindal, a rumored candidate for president in 2012. “LFF had another great year, scoring an impressive 31 legislative victories,” Jindal wrote in support of the group’s Ignite plan (.pdf). “[LFF president Gene Mills] and his entire group do a great a job day after day, month after month, year after year showing up on behalf of Louisiana’s families. We look forward to many more pro-life, pro-family victories in the years ahead.”

The Louisiana organization plans to spend $225,000 under its Ignite plan to defeat “homosexual adoption and marriage” and to “shrink the size and scope of government.” The group’s average revenue over the last two years was $600,000. The group received a $50,000 matching grant from an anonymous donor to launch the plan.

Sen. Marco Rubio of Florida loaned his name to the Florida Family Policy Council’s Ignite plan, which calls for spending $300,000 to mandate that women view an ultrasound before having an abortion and to “defeat the radical homosexual agenda.”

The Center for Arizona Policy’s Ignite plan (.pdf) has the endorsements of Rep. Trent Franks and Sen. Jon Kyl.

“With all the external challenges that we face in this country, the internal one is the greatest,” Franks wrote in support of the plan. “And I believe that a few people can make the vital difference. Center for Arizona Policy is the flagship of that effort here in Arizona.”

Sen. Kyl added, “It is very clear that Center for Arizona Policy has become an important force to influence public policy here in the state of Arizona.”

The Center doesn’t list its legislative goals on its website, but it did find an anonymous donor to provide a matching grant for $115,000 for the plan. The group did not return a request for information about the plan.

Activity in other states

Other state groups include the New Jersey Family Policy Council, which is spending $1.326 million to defeat any same-sex marriage laws and to pass a parental notification law for minors seeking an abortion. The group’s average yearly revenue has been $864,000 over the last three years.

Cornerstone Family Council of Idaho is also using the Ignite plan, and got a matching grant from an anonymous donor for $6,300. Cornerstone did not return a request for comment. Neither did Wisconsin Family Action, which got a $13,000 matching grant.

Family Action Council of Tennessee and the Kansas Family Policy Council both have adopted the Ignite strategy. 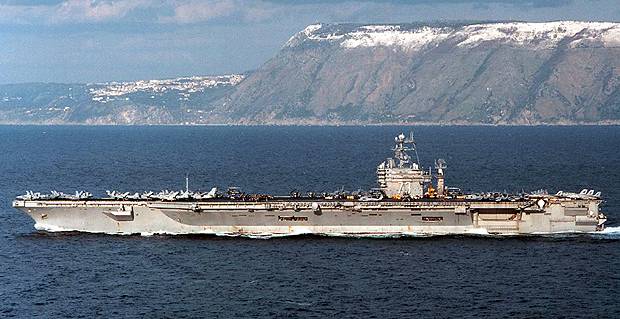