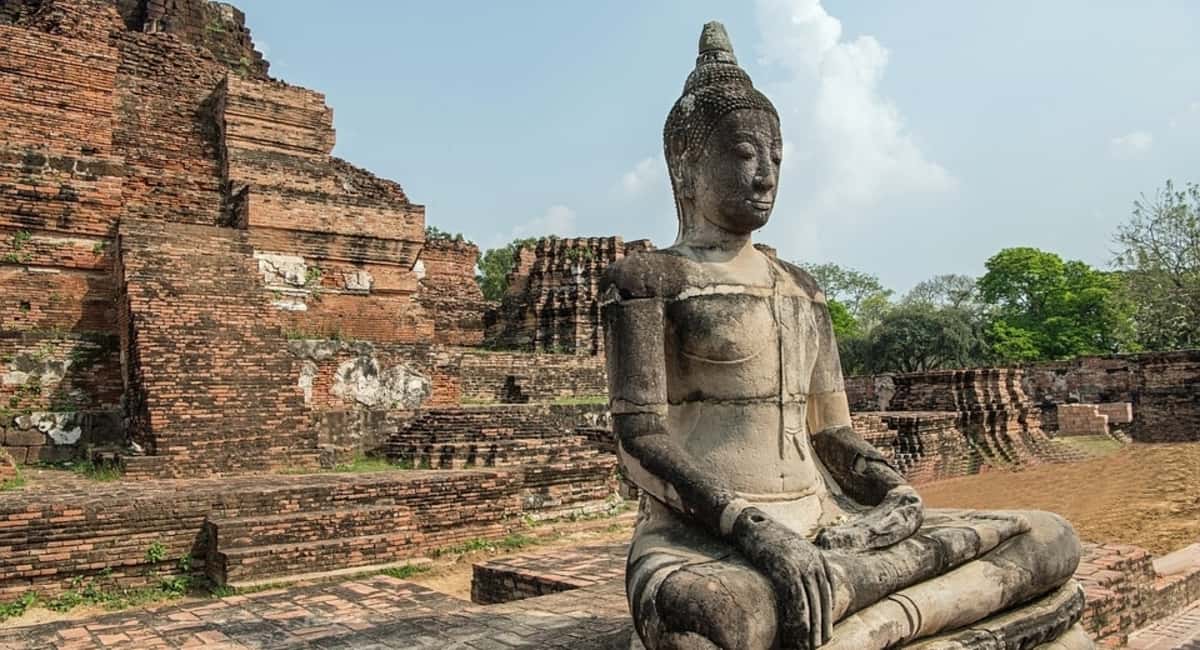 Not too far outside of the bustling metropolis of Bangkok is a place called Ayutthaya. Ayutthaya is the old capital of Thailand founded by a warrior named U-Thong in 1351, who later became King Rama I. Ancient Ayutthaya was a strategic place for the Thai people while they were battling with insurgents from Myanmar/Burma.

There are three rivers that surround Ayutthaya; Lopburi, Chao Praya and Pa Sak.  These rivers helped the people of ancient Ayutthaya and Thailand prosper as many foreigners came to trade here. During U-Thong’s reign, they started to build temples in which many remain to this day. They are beautiful works of art that you can visit with only an hour and a half ride from Bangkok.

Just head north up the Utra Phimuk Tollway or you can take the Sri-Rat/U-Don Rhattaya Expressway and you’re there. While you’re there you can choose from a number of temples to visit, such as Wat Tha Ka Rong, Wat Phutthai Sawan, or Wat Suwan Dararam. Maybe you can check out Wat Choeng Ta, Wat Borom Phuttaram, and Wat Maha That.

You’ll also want to take a look at Khun Paen’s Residence in Wat Ket.  It’s a beautiful ancient Ayutthaya golden teak structure that’s been extremely well preserved. Khun Phaen was known to be a “butterlfy”, what the Thai people refer to as a playboy. He was immortalized in the epic poem Khun Chang Khun Paen.

In the story, Khun Paen the handsome but poor man; and Khun Chang the rich but not handsome man compete for the lovely Wanthong. This courtship between the three went on for 50 years. Wanthong was eventually sentenced to death by the king for not picking one out of the two. She is known in Thai folklore as a “butterfly lady”.

Another place of note is the Chantharkasem National Musem.  Here you can find some personal items of King Mongkut who is known for rebuilding the Royal Palace after the Burmese destroyed much of it.  This is also the royal palace where King Naresuan the Great lived. King Naresuan is one of the most beloved kings throughout Thai history. You’ll find the Throne Hall and you can also see the private chambers of the kings who lived there.

You can visit one of the Elephant Krall’s, or stop in any one of the shops to rent traditional Thai clothing and have your own private, professional done photoshoot with Thai decor and also the temples in the background.

One day is probably not enough for this beautiful place in all hoonesty, however if you plan it right you can accomplish a lot in a day here.  If you do want to stay longer you can book a nice hotel for under $50 here. You can choose a place with a beautiful riverside view or venture inland if you choose.  There are tons of great little restaurants, cafes, shops, and bars.

Your Ultimate Guide to Finding the Best Dental Plan

What is ALM? And How to Make It Work for You