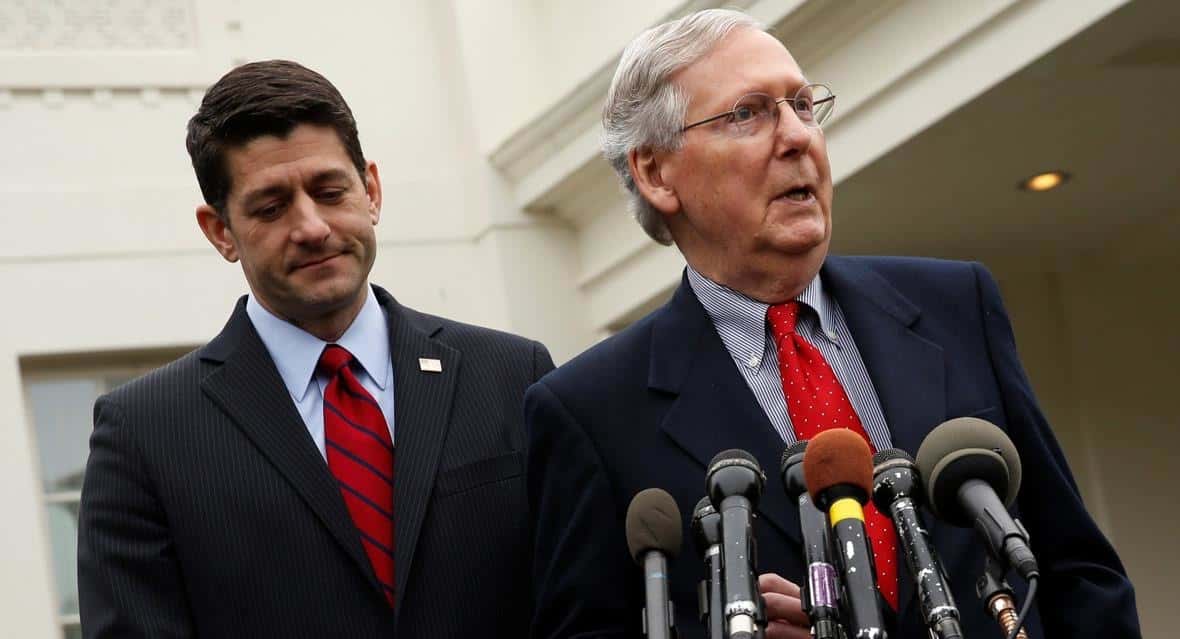 Following the Tuesday release of House Budget Committee Chairman Rep. Paul Ryan’s 2012 budget resolution (.pdf), seniors groups and analysts have come out specifically against the proposed health care changes, saying older Americans would pay twice as much for health care as they are now.
0
Shares
0
0
0
0

Following the Tuesday release of House Budget Committee Chairman Rep. Paul Ryan’s 2012 budget resolution (.pdf), seniors groups and analysts have come out specifically against the proposed health care changes, saying older Americans would pay twice as much for health care as they are now.

Kaiser’s analysis comes largely from the Congressional Budget Office’s long-term study of Ryan’s budget proposal, which concluded that under this plan, the government’s mandatory health care spending would be approximately 6 percent of GDP in 2030 and 2040 and approximately 5 percent in 2050, compared with approximately 12 percent of GPD under current law.

Under the proposal CBO analyzed, debt would eventually shrink relative to the size of the economy—but the gradually increasing number of Medicare beneficiaries participating in the new premium support program would bear a much larger share of their health care costs than they would under the current program; payments to physicians and other providers for services provided under the traditional Medicare program would be restrained; states would have to pay substantially more for their Medicaid programs or tightly constrain spending for those programs; and spending as a share of GDP for federal programs other than Social Security and the major health care programs would be reduced far below historical levels. It is unclear whether and how future lawmakers would address the pressures resulting from the long-term scenarios or the proposal.

On Tuesday, the senior lobby group AARP — which itself has become a GOP target for having supported the health care plan and is under investigation by some Republicans in the House Committee on Ways and Means — offered its criticisms of Ryan’s budget proposal.

“The Chairman’s proposal, rather than tackling skyrocketing health care costs, would simply shift these costs onto the backs of people in Medicare,” said AARP Executive Vice President Nancy A. LeaMond in a statement. “It would undermine Medicare’s promise of secure health coverage—a guarantee that future seniors have contributed to through a lifetime of hard work.”

LeaMond suggested that a different route to rein in Medicare costs would be to allow Medicare to negotiate for lower drug costs and to expand access to generic brands of expensive drugs.

She also took issue with Ryan’s proposal to transform Medicaid into block grants, saying it could “deny vulnerable seniors and the disabled access to long-term care and force deep cuts in quality and safety in nursing homes, leaving more seniors at risk of elder abuse and neglect. Instead of imperiling seniors’ access to vital services, Congress should work with the states to find smarter ways to save Medicaid money, such as allowing more seniors to receive needed services in their homes and communities.”

The White House has criticized the proposed plan for cutting taxes “for millionaires and special interests while placing a greater burden on seniors who depend on Medicare or live in nursing homes, families struggling with a child who has serious disabilities, workers who have lost their health care coverage, and students and their families who rely on Pell grants.”

In an interview with PBS NewsHour‘s Judy Woodruff, Ryan disagreed that his plan ”ends Medicare as we know it,” arguing that the bulk of his plan is similar to Medicare Advantage, which he said “is nothing different than what I’m talking about, which is about 20 percent of Medicare beneficiaries get comprehensive private plans.”

When Woodruff asked what Americans won’t get under his plan that they would have gotten under Obama’s plan, Ryan laughed, leaned over in his chair, and said, ”Wow, where do I begin?”

Meanwhile, The New York Times‘ Paul Krugman says Ryan’s proposal “depends an awful lot on unicorn sightings – belief in the impossible,” as it relies on assumptions that unemployment will nose-dive right away and that “federal spending on everything except health and Social Security can somehow be squeezed, as a percent of GDP, to a small fraction of current levels.”

On Medicare, Krugman notes that under Ryan’s plan, seniors would likely have to spend most of their income on health care. Krugman’s ultimate assessment of Ryan’s ideas? “This isn’t a serious proposal; it’s a strange combination of cruelty and insanely wishful thinking.”

PPolitics
Advocates for legislation that would create humane rules for the shackling of incarcerated pregnant women say the law would fill a present gap in jail policies in Florida, despite claims by the Florida Department of Corrections that the measure is unnecessary.
PPolitics
Six days ago, Occupy Miami protesters began to demonstrate in government center — and the group is still there.