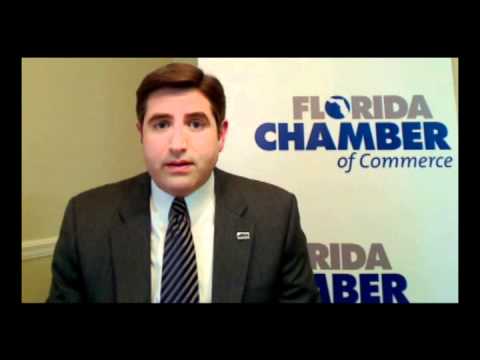 In a preview of the legal battles to come if a similar law is passed in Florida, Lynwood Smith, a federal judge in Alabama, has suspended a law banning automatic payroll deductions for members state employee unions, according to the Huntsville Times.
0
Shares
0
0
0
0

In a preview of the legal battles to come if a similar law is passed in Florida, Lynwood Smith, a federal judge in Alabama, has suspended a law banning automatic payroll deductions for members state employee unions, according to the Huntsville Times:

Smith filed his ruling just before 5 p.m. In it, he stated that [the Alabama Education Association’s] lawyers had “demonstrated a substantial likelihood of success on their claim” that the new law violates the organization’s rights to free speech and equal protection as granted under the First and Fourteenth Amendments of the U.S. Constitution.

The lawsuit filed Feb. 25 also claimed that the ban was passed by the new Republican-led Legislature as retaliation for AEA’s historic support of Democratic candidates.

Smith has not issued his final ruling on the Alabama law, but he did decide that the legal challenge has enough merit to suspend the law temporarily while the case plays out.

Florida Sen. John Thrasher, R-St. Augustine, has proposed a ban on payroll deductions for government employees, which unions have argued would stifle their right to free speech and create new hassles for their membership.

Some of the language in Alabama’s law is similar to Florida’s. According to the Times, it bars government employees from automatically deducting union dues from their paychecks by banning the practice for “membership organizations that use funds for political activities.” Thrasher’s bill bars payroll deductions for dues to “employee organizations” or for political activity.

There have been some red herrings in the debate over the measure in this state. Some of the bill’s backers, such as the Chamber of Commerce,  refer to the law as “payroll protection,” arguing it would protect union members from being coerced to hand over money for unions’ political causes. Both Thrasher and other supporters of the bill have said that has nothing to do with it. It’s tough for unions to coerce anyone in a right-to-work state, where membership is optional.

Thrasher says he simply wants to get the state out of the business of collecting membership dues for groups involved in politics. Unions say Thrasher’s bill would threaten their funding and violate their rights, as the Alabama lawsuit contends. Thrasher says banks can start handling payroll deductions instead of the state.

So how did Alabama’s measure affect unions?

Lawyers for AEA argued during a hearing in Smith’s courtroom this week that the new law threatens to significantly reduce the organization’s funding.

Hubbert, the only witness called by either side, testified that only 83 percent of AEA’s 105,000 members had signed up to have their dues collected through a bank draft.

If AEA lost the remaining 17 percent, it could add up to $2.4 million in lost dues each year, Hubbert testified.

The House appropriations panel is set to take up its version of Thrasher’s measure this afternoon.

PPolitics
It appears there is a rig other than Deepwater Horizon that has been leaking oil into the Gulf…
PPolitics
Republican presidential favorite Newt Gingrich has pledged his support for the controversial anti-abortion movement known as “fetal personhood,” by signing a pledge that has yet to be signed by opponent Mitt Romney.