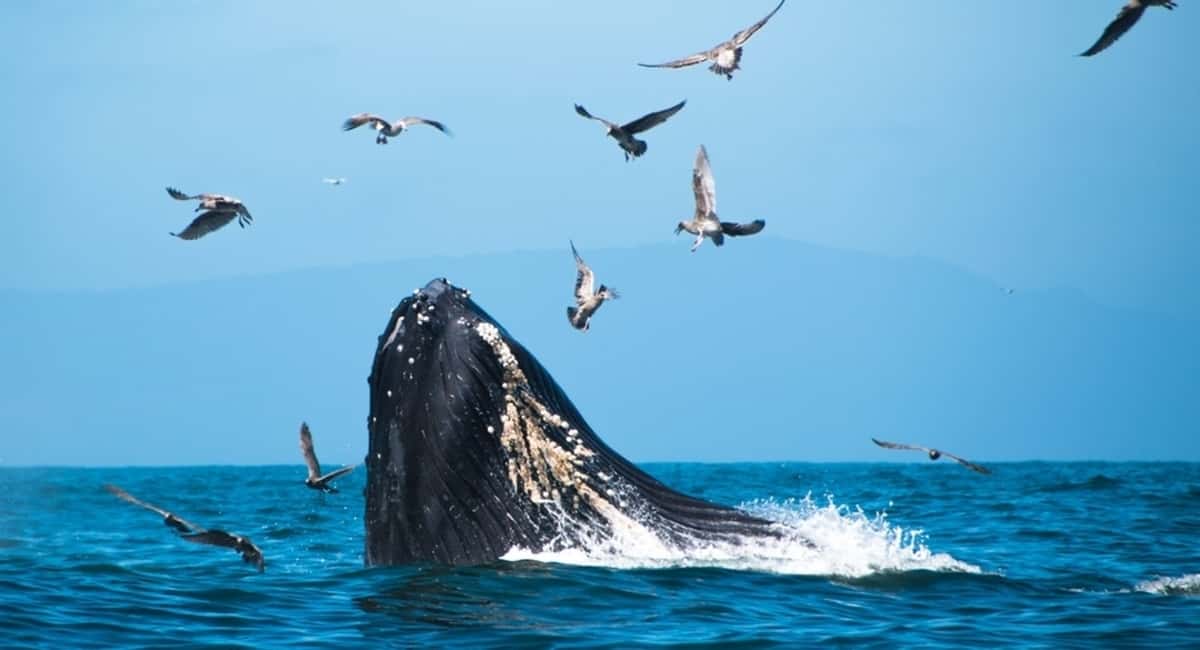 From whales to manta rays, the ocean attracts biggest sea animals. But is the biggest sea creature really a beast? Here are the 10 largest ocean creature.
0
Shares
0
0
0
0

Do you know ocean psychology? Read this post to know how the beach boosts brain health?

Because of this, it’s hard to guess how many sea creatures we don’t know about yet. And based on the sheer size of the ocean, some of those creatures could be massive.

Even though most of the ocean remains undiscovered, we have found some pretty giant animals living out there in the water. But what’s the biggest sea creature known to man?

These whales can grow up to 105 feet long, making them longer than many types of airplanes. Blue whales can also weigh up to 200 tons, which is over 200,000 pounds.

A healthy Blue Whale has a longer lifespan than almost every other sea animal — or land animal for that matter. Most live about 80 to 90 years, but the oldest Blue Whale age recorded is 110.

Where should you go snorkeling? If you plan on visiting Florida, add snorkeling to your long list of must-do activities! Here is the best places to snorkel in Florida.

The Fin Whale follows the Blue Whale as the second biggest sea animals on earth.

Fin Whales have been nicknamed “the greyhounds of the sea” because of their fast speeds. They can swim at an amazing rate of 23 miles per hour.

Although the Whale Shark isn’t the world’s biggest — or even second biggest sea animals, it is the world’s largest fish.

But the Whale Shark isn’t actually a whale at all. It was only given that name because of its massive size. It can grow up to 32 feet long and weigh over 40,000 pounds, making it larger than a lot of other natural whales.

Even through Whale Sharks are a type of shark, they behave more like whales. Instead of eating smaller fish or other invertebrates, Whale Sharks filter-feed. Most of their diet consists of plankton, but they do eat small fish as well.

The Great White Shark may not outsize many whales, but it is the biggest apex predator in the ocean.

Most of these sharks are between 10 to 15 feet long. However, some Great White Sharks have been measured at over 20 feet in length. This makes them over three times taller than the average adult male.

These sharks are so large, they actually eat other small toothed whales.

When many people first see a Giant Oarfish, they might think it looks more like an eel or a sea serpent. But it’s not.

The Giant Oarfish is the world’s longest bony fish. That means it has a long dorsal fin, long pelvic fins, and stubby pectoral fins.

This fish can grow up to 56 feet long and weigh more than 600 pounds. Despite their size, Giant Oarfish aren’t dangerous. They survive off a diet of tiny plankton and aren’t a threat to humans.

You may have heard about the Colossal Squid in fantasy stories sinking ships or fighting sperm whales. But these massive squids aren’t plucked from imagination.

They’re alive and thriving in the deep, cold waters of the ocean.

This species wasn’t discovered until 1925 when two tentacles were found inside the stomach of a sperm whale. Several decades later, fishermen caught a Colossal Squid in 2003 for the first time.

Apart from their massive size — which can be up to 45 feet in length, not much is known about these animals.

Although these creatures are large, they are incredibly graceful. They survive off small zooplankton and can swim in beautiful, looping circles when they eat.

Giant Manta Rays aren’t endangered, but they are a vulnerable species. Some of their biggest threats are getting caught in fishing equipment or, because of their size, colliding with boats.

This type of jellyfish is one of the biggest sea creature in the entire world — if you include its tentacles.

Lion’s Mane Jellies have at least eight groups of tentacles total, and each of these groups has somewhere between 70 and 150 tentacles of their own. These tentacles can reach over 120 feet in length.

You definitely don’t want to get tangled up with these tentacles because Lion’s Mane Jellies can inflict a painful sting.

But don’t worry. Though Lion’s Mane Jellies are poisonous to other ocean animals, their poison isn’t deadly to humans.

The Portuguese Man-of-War looks a lot like jellyfish, but it’s actually a siphonophore. This means they’re a group of small animals that stick together in a colony. However, they also have tentacles that can reach a tremendous length.

These creatures have a small balloon-like float that sits on the surface of the water. Their thin tentacles are attached to this float and can stretch up to 165 feet beneath the water’s surface.

Like Lion’s Mane Jellies, the Portuguese Man-of-War isn’t deadly to humans, but it can deliver a painful sting if you get caught in its tentacles.

This is the biggest, longest, and heaviest turtle in both the ocean and on land. It can grow over 6 feet long and weigh an astounding 1,100 pounds.

The Leatherback Sea Turtle inhibits the largest area of the planet over any other type of turtle. You can find these turtles anywhere from Alaska to Africa, depending on the time of year.

Read the post to know 5 interesting facts about Alaska every travel aficionado needs to know!

You can learn more about sea turtle seasons here.

So far, the Blue Whale is still the biggest sea animals in the entire world. But as we continue to explore the ocean, that might change.

It’s impossible to know for sure, but it is fun to imagine.

Hoping to see the biggest sea creature — and others — yourself? Click here to learn how going to the beach and Environment can not only introduce you to fascinating creatures but improve your brain health, too.

What You Need to Know About Creating a Self-Care Routine

EEnvironment
Read More
When you take part in a race, you want the horse to appear his absolute best. Getting the…
EEducation
Read More
Table of Contents 1. Pharmaceuticals2. Microtechnology3. New Biological StudiesJust About Every Company Could Use a Clean Room As…