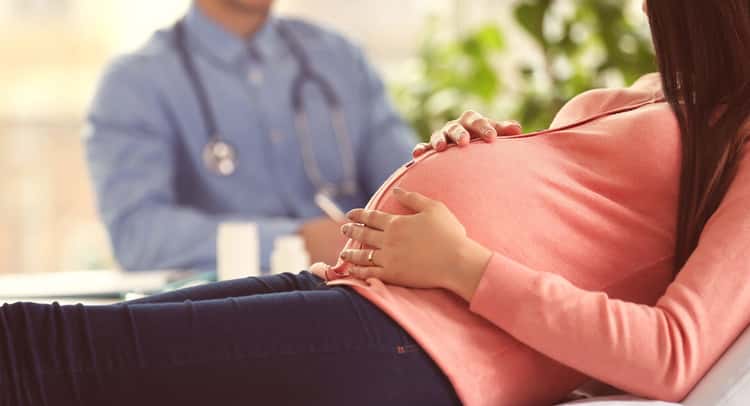 Tuesday, we examined at length a Florida taxpayer-funded network of Crisis Pregnancy Centers that we found was distributing medical information that was, in the best case, biased, and in the worst case, wrong. The Florida Pregnancy Care Network manages 55 of these state-funded pregnancy clinics, but according to Department of Health information, another 17 are handled by The Uzzell Group, a Tallahassee-based marketing and advertising firm. Why is a marketing company managing pregnancy clinics? The firm wouldn’t answer our questions.
2
Shares
2
0
0
0

Tuesday, we examined at length a Florida taxpayer-funded network of Crisis Pregnancy Centers that we found was distributing medical information that was, in the best case, biased, and in the worst case, wrong.

The Florida Pregnancy Care Network manages 55 of these state-funded pregnancy clinics, but according to Department of Health information, another 17 are handled by The Uzzell Group, Tallahassee-based marketing, and advertising firm. Why is a marketing company managing pregnancy clinics? The firm wouldn’t answer our questions.

The Florida Independent spoke with Erica Uzzell, identified as the person in charge of The Uzzell Group’s clinics, how the company manages those pregnancy centers. She said, “Any questions about the program will be answered by the Department of Health communication office.” We were also told to visit the Uzzell website to learn more about the company. The site is currently being remodeled: There is no information there aside from a phone and fax number and an email address.

According to Orlando Weekly, “$746,000 went to the Uzzell Group Inc. in Tallahassee to build a website and ‘provide media services for the program,” information we cannot confirm without a response from the Department of Health.

We have repeatedly contacted the department for more information on its pregnancy clinic program, but we have yet to receive any answers.

The Uzzell logo (Pic via uzzelladv.com)

The Florida Department of State Division of Corporations shows that The Uzzell Group was incorporated in October 2002. Harold Uzzell is listed as the current CEO; Erica Uzzell, Harold’s wife, serves as president. Neither is a licensed medical professional.

Throughout the last 12 years, the Uzzells has been active in many nonprofit organizations and state-sponsored events.

According to an October 1998 Knight Ridder/Tribune Business News article, The Uzzell Group was being paid “by the Tallahassee-Leon County Tourist Development Council [to] promote the area” and had created stuffed animals to market Tallahassee to children. A call to the council to confirm this was not immediately returned.

Harold Uzzell worked as a professor of graphic design in the School of Journalism and Graphic Communications at Florida A&M University from 2005 to 2009. Erica worked there from 2006 to 2009. A Tallahassee Democrat article states that the two were both dismissed from the school because they lacked master’s degrees, a fact a FAMU dean confirms.

At the Florida Main Street 2005 Conference, sponsored by the state’s Division of Historical Resources, The Uzzell Group, the Rodriguez Group and the Hillsborough County Economic Development Department led the presentation “Tapping expanding markets through multicultural tourism.” According to a 2006 letter, Erica Uzzell served on the Board of Directors of the Alzheimer’s Project of Tallahassee.

And when, in August 2008, Gov. Charlie Crist announced his economic stimulus plan, “Accelerate Florida: Extending Florida’s Economic Horizons,” he “asked business leaders,” Harold Uzzell among them, “to provide suggestions for ways that government can remove burdensome regulation and requirements that stifle the entrepreneurial spirit and commerce.”

The list of other business representatives invited to participate includes John Medina, president of Greenways of America; Richard Goldman, chairman of Visit Florida, the official tourism marketing corporation for the state of Florida; James Ammons, president of Florida A&M University; and Mark Wilson, president of the Florida Chamber of Commerce.

Harold Uzzell also made political campaign contributions to state senators and representatives from 1998 through 2008. Almost all of the contributions went to Democrats like state Sen. Alfred Lawson, who this week endorsed Crist for U.S. Senate.

Why and how his company manages medical clinics designed to assist pregnant women in need remains an open question.

Scott: Casino bill will be tough to pass in 2012 legislative session

OOldPolitics
South Florida activists who demand a halt to deportations of undocumented immigrants will take their efforts to Washington,…
OOldPolitics
As President Obama spoke to students at the University of Wisconsin to urge them to go to the…