The American Civil Liberties Union of Florida announced today that along with the Brennan Center for Justice and the law firms Paul, Weiss, Rifkind, Wharton & Garrison LLP, and Coffey Burlington sued on behalf of the League of Women Voters, Rock the Vote, and Florida PIRG, challenging the state’s new restrictions on voter registration.
0
Shares
0
0
0
0

The American Civil Liberties Union of Florida announced today that “along with the Brennan Center for Justice and the law firms Paul, Weiss, Rifkind, Wharton & Garrison LLP, and Coffey Burlington sued on behalf of the League of Women Voters, Rock the Vote, and Florida PIRG, challenging the state’s new restrictions on voter registration.”

According to the ACLU of Florida, the “lawsuit argues that the restrictions passed this year violate the US Constitution and the National Voter Registration Act. The restrictions being challenged are part of HB 1355, the ‘Voter Suppression Act,’ a comprehensive overhaul of Florida’s election laws which is currently under review by a federal court for potential violations of the Voting Rights Act.”

The ACLU of Florida is also intervening in the state’s attempt to receive federal approval for some of the more controversial aspects of the new voting law.

Here is the entire press release announcing the lawsuit:

This suit follows on the heels of a speech in which Attorney General Eric Holder specifically pointed to Florida’s law as an example of recent legislation that restricts Americans’ ability to cast a ballot. In reaffirming America’s commitment to our core right to vote, he stated that “protecting this right, ensuring meaningful access and combating discrimination must be viewed, not only as a legal issue but as a moral imperative.” The action by the civic groups today represents the front lines of this moral imperative.

The restrictions challenged in the suit were enacted by Florida legislators earlier this year as part of H.B. 1355, a broad package of election law changes. They include extremely burdensome administrative requirements, unreasonably tight deadlines for submission of completed forms, and heavy penalties for even the slightest delay or mistake. These restrictions are so unnecessarily harsh that they have forced the League of Women Voters and Rock the Vote, among other groups, to shut down their voter registration programs in Florida.

As Deirdre Macnab, President of the League of Women Voters of Florida, explains: “For over 72 years, League volunteers have faithfully and successfully helped to register eligible Florida voters. Sadly, Florida’s anti-voter Law creates impassable roadblocks for our volunteers, who are simply trying to bring fellow citizens into our democratic process. Today, we take a stand against these unacceptable barriers to voting and voter registration.”

Heather Smith, President of Rock the Vote, states: “As the nation’s largest young voter organization, we’ve dedicated more than two decades to educating and empowering young people to participate in our nation’s democracy. Through our volunteer youth-led programs on campuses and in communities to our civics education initiatives in high schools, Rock the Vote has encouraged hundreds of thousands of young Florida residents to have a voice in their community and country. We are outraged at these new laws that will prevent opportunities for youth civic participation; it is simply un-American.”

Brad Ashwell, Advocate for Florida Public Interest Research Education Fund, added, “Our representative democracy relies on an engaged citizenry, yet voter turnout in Florida remains far too low. That’s why we work to sign up thousands of first time voters across the state each election cycle. It’s unfortunate that rather than find ways to bring new voters into the fold, the Florida Legislature is instead targeting groups that help attract new voters. This law will inevitably lead to fewer voters at the polls.”

According to today’s court filing, the League of Women Voters of Florida, Rock the Vote, and Florida PIRG argue that Florida’s restrictions violate the U.S. Constitution or federal law in three main ways: (1) they violate Plaintiffs’ constitutionally protected rights of speech and association; (2) they fail to give individuals and groups fair notice of how to comply with its confusing and unclear mandates; and (3) they violate the National Voter Registration Act – a federal law designed in part to encourage community-based voter registration activity.

In another ongoing suit, the State of Florida is requesting a panel of federal judges in Washington, D.C. “preclear” H.B. 1355’s controversial provisions, including the voter registration restrictions, under the Voting Rights Act. Under the Act, Florida must seek permission from the federal government before implementing changes to election laws in five of Florida’s counties, by proving that the law has neither the purpose nor the effect of harming minority voters. The League of Women Voters of Florida, other civil rights organizations, and individuals including voters and election officials, have all intervened in that suit to demonstrate that Florida will not be able to make this showing given the law’s impacts on minority voters. The League is represented in that case by the Brennan Center, the Lawyers’ Committee for Civil Rights Under Law, and pro bono counsel from the law firm of Bryan Cave LLP.

Today’s lawsuit argues that Florida’s law forces League of Women Voters of Florida, Rock the Vote, and Florida PIRG to scale back or eliminate their voter registration efforts – even as voter registration rates have continued to decline in Florida. 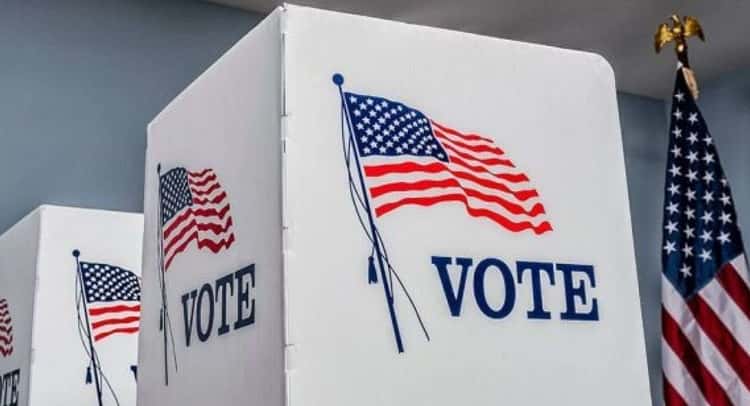