Strength and Peace: A Guide to Different Types of Martial Arts

When was the last time you felt truly powerful?

Over three million people participate in some form of martial arts each year, and they probably aren’t doing it to look tough! The martial arts have numerous benefits for mental, physical, and emotional health. They can help participants enjoy confidence, physical strength, and peace of mind, among other benefits that vary based on the types of martial arts studied.

Are you familiar with the different types of martial arts that are out there? Americans study many forms, originating in countries ranging from Japan to Israel! Finding the right one might mean stepping into your power for the first time, which can have lasting effects on your quality of life!

We’ve created this guide with an overview of seven martial arts disciplines practiced in the US. Keep reading to choose the right one for you! Karate is such a popular type of martial arts that it has come to represent the martial arts as a whole! Karate translates to “empty-handed.” There is a focus on respect and discipline, both inside and outside of the karate studio.

Kung-fu is an umbrella term for all types of martial arts originating in China, as seen in popular kung-fu movies. It is a more circular art, with a focus on quick reactions and defense.

Judo is a newer form of martial arts, which takes influence from older forms, such as karate. This form requires physical strength, as there is lifting and throwing involved! It’s one of the types of mixed martial arts that looks a lot like wrestling! Muy Thai is the best type of martial arts for someone seeking a well-rounded discipline involving mental and physical challenges. The national sport of Thailand is sometimes called Thai Boxing. It is physically and mentally rigorous.

Brazilian Jiu Jitsu classes have been around since about 1925. There is an emphasis on holds and chokes. A major goal is to achieve a position of power above your opponent so you can use your wits and strength to dominate.

All types of martial arts involve physical contact, but Krav Maga literally means “contact combat!” It borrows from many other disciplines, including techniques from all over the world. It’s even used by the Israeli special police and security forces, as it tends to be pretty brutal.

Aikido is a form that is less about you and more about your opponent. You will learn to use your opponent or attacker’s energy against them. The goal is to disarm an opponent, not harm them, making it a less violent discipline.

Types of Martial Arts for Everyone There are so many types of martial arts out there that there’s certain to be a discipline that’s just right for you! Find out what disciplines locals practice at the gyms and dojos in your hometown. Often, you can take a free trial class to see if it’s a good match for you!

If this article was a good match for you, there’s more where this came from! Keep reading for more great articles about the activities that are out there waiting for participants like you!

How to Find the Best Concert Tickets Cheap

What Is Vagus Nerve Stimulation and How Does It Work? 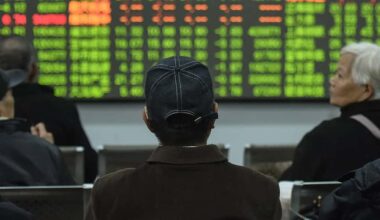