A Beginner’s Guide to Understanding Football

In 2021, 17.1 million viewers watched the NFL regular season. If you live in the U.S., you are a part of its heritage. Americans have a long-time passion for their professional and college football teams.

You may hear your friends and co-workers discussing NFL picks for the football season and their upcoming NFL predictions. Do you feel lost? At first, understanding football can seem tricky.

Don’t worry. Read this guide and you will have a foundation to help you gather what football predictions are all about. Keep reading to get the basics.

The Purpose of Football Each team aims to score. They do this by carrying the football to the opposing team’s end zone.

To achieve this, the offense will try to make its way down the field. They must run with the football or pass it.

The defense on the opposing team will aim to stop the offense from advancing and they also want to take control of the football.

There are white markings throughout the football field which are yard markers. The markers keep track of the football.

Even more important than the markers are the end zones. The end zones extend past the goal line another ten yards. This makes the football field 120 yards.

It is in the end zone you can see the “uprights” or goal posts.

A football game has four quarters, every 15 minutes. There is a break at halftime.

The entire game will take over one hour. Keep in mind that there is not only a halftime break, but the clock will also stop for other reasons. This includes:

Some games may end in a tie, and this means over time, which can also extend the length of the game.

The roster of an NFL team will have 53 players. Although, college teams typically have more players on their roster, between 60 and 70.

On the field, a team has only 11 players during the game. Football teams have two groups of players, which are offense and defense. The team in the game that has control of the ball will have offensive players on the field. Their goal is to move the football forward so they can score touchdowns.

Only the wide receivers, running backs, tight ends, and quarterback can handle the ball legally in a football game.

The opposing team who does not possess control of the ball will have their defensive players on the field. Their goal is to stop the other team’s defense from advancing and scoring touchdowns.

Each team will have four opportunities for their offense to move the football ten yards. They need to run the ball or pass it. Each attempt is called a “down.”

Should the offense move the football ten yards at least, they will earn another first down. Then, they will have four more opportunities to move ten yards more.

If the offense cannot accomplish this, the opposing team will get possession of the football. Many times, if an offense needs ten yards, they will kick it on the fourth down.

During the game, it is important to track yards and downs closely.

Is the objective of a football game making more sense now? If so, this is a great place to make NFL picks and parlays.

Touchdowns are six points. They consider it a touchdown when either the offense takes the ball and crosses the opposing team’s goal line with it, or if they can catch the football in the end zone.

The team could earn one extra point after a touchdown if the offense can kick the ball through the uprights. Another option is to run or pass the football through the end zone once again, which would be two points for their team.

Field goals are three points. This happens when it is the fourth down, and the kicker can kick the ball through the uprights. They would need to be close enough to do this, though.

They could award safety points, which are two points. The defense can earn safety points if they tackle an offensive player in their own end zone with the football in hand.

First, you listen to the term “turnover.” This means that the defense gains control of the ball because the offense accidentally loses it. This could occur because of a fumble.

A “fumble” happens when a player drops the ball they are passing or carrying. When there is a fumble, a player on the offense or defense, or either team, could attain possession of the ball. An “interception” happens when the offense passes the football, but the defense catches it.

Between downs, teams can make a “substitution” for their players. Coaches assess each play and decide which is the best player for the situation.

Understanding football will help you make the right NFL picks. It is a fun way to interact with the sport and get competitive!

When it comes to travel, entertainment, and all things that make life more enjoyable, we have plenty more articles like this one. Don’t leave. Keep clicking to learn other ways you can give your day a boost!

3 Reasons Why You Should Diversify Your Portfolio With Gold

Muscle Spasm vs Cramp: What Are the Differences? 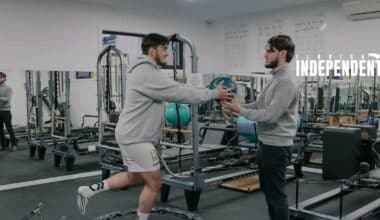