If you’ve been following me through my emails and here at Earlytorise.com, you’re probably already cooking lots of delicious food. But how do you… The post 8 Secrets to Great-Looking Food appeared first on Early To Rise.
0
Shares
0
0
0
0

If you’ve been following me through my emails and here at Earlytorise.com, you’re probably already cooking lots of delicious food. But how do you make it look as amazing as it tastes?

The truth is, we “eat with our eyes first.” Sure, food has to taste good. But it also has to look good.

I’ve been teaching awesome people like you how to cook for a long time, and one of the questions I’m asked most frequently came up again this week:

“What are easy ways to make food more visually appealing?”

Great question! Do you know how to make your food look like it’s coming out of a 5-star restaurant? If the answer is “no,” then let me share these 8 secrets that will impress your friends and make you look like a real pro.

Look at food magazines, watch the Food Network, browse the Web, and read cookbooks to draw inspiration. It’s OK to reproduce what chefs are doing, or imitate something you find attractive.

SECRET #2 – Use the right technique

Your food won’t look good if your technique is sloppy. In fact, this is what differentiates a home cook and a chef. A chef has a precise understanding of techniques like sautéing, grilling, roasting, making a pan sauce, or even dicing an onion. These skills guarantee that food will look the way it’s supposed to look.

So your best bet is to “borrow” cooking techniques from the chefs and reproduce them faithfully if you want to get:

The plate you choose to showcase your food is important. Imagine a fancy restaurant plating food on paper plates. Yikes!

As a rule of thumb, large, white, plates work best. Colored plates or worse, heavily patterned plates, only provide a distraction and take away from your gorgeous food.

Go to a museum and look at artful photographs. You’ll notice that they are all framed within a white matte board that provides a white space, with the photograph in the center. That white space is meant to draw your eye to what’s important: the photograph.

Same goes with food. Use your large, white plate as a canvas. Plate your food at the very center, and make sure you leave a wide area of “white space” around it, so that your guests’ eye is drawn to your food.

We just talked about creating a focal point using white space. Next, find something interesting for your guests. Maybe that means using beautiful tomatoes from your own garden, unusual fruits like yellow raspberries, or cooking black rice. Whatever you choose, capture your guest’s attention with something that creates focus and interest.

The number one mistake beginners make is overcooking things, so that food loses color, becomes brownish, and looks unappealing. Shorten cooking time when appropriate, so that your veggies remain bright, colorful, and exciting (you’ll also preserve their nutrients). Monitor cooking so that proteins — like chicken, fish, or meat — achieve a nice golden-brown crust rather than becoming a plain, boring failure or dark, overcooked mess.
Bonus chef tip: Add chopped fresh herbs at the very end, just before plating. Sprinkle bright green chopped herbs on the food, not on the plate.

This includes adding color, texture, and variety, choosing appropriate portion sizes, and deciding how to cut ingredients. These are all parts of the creative process that you’ll need to go through in order to compose your plate. Think about composition before you even start cooking.

SECRET #8- Be thematic and seasonal

Spring is here and Summer will be soon. Think fresh, light, exciting, bright colors, and try to reproduce that with your plate.
In the winter, think comfort casseroles and thick soups.
If you’re cooking Thai food, use Asian dinnerware, serve tea, and eat with chopsticks. Serving beautiful food is also about creating a mood.

More importantly, make sure your food is healthy, fresh, and ultimately, fat-burning. I help you do that every single day. Don’t miss any of my emails, where you’ll find tips and recipes to reach your most awesome cooking and fitness goals.

To your ultimate body,

The post 8 Secrets to Great-Looking Food appeared first on Early To Rise.

Trying On Bathing Suits is Not for Everyone!

What Good Listeners Do Differently 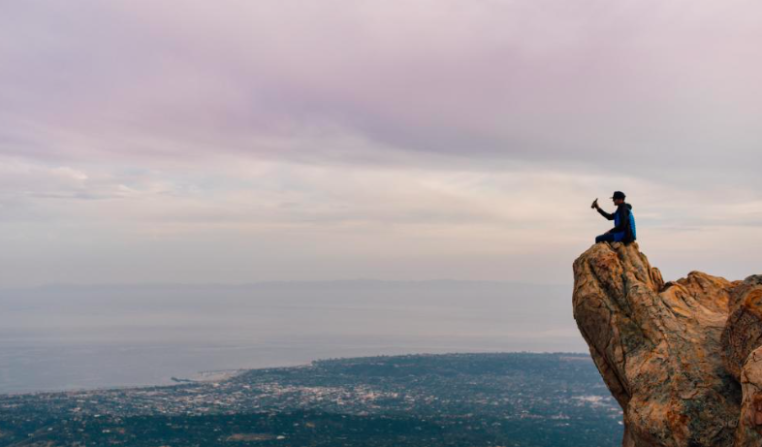