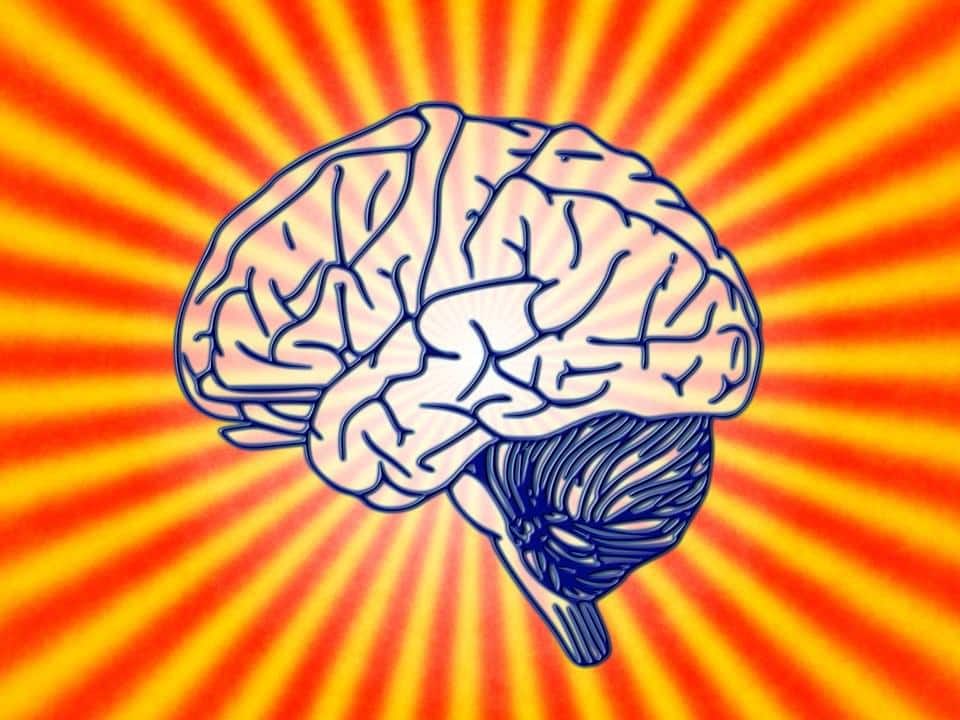 The realm of mental health is a difficult one to comprehend and even tricky to conquer. The reason for this is that unlike other physical diseases, cognitive ailments are manifested in different neurobiological ways for different patients and can be attributed to a number of individual-specific biological, environmental, social and genetic factors.

Brain scans of mental health patients, at times, do not reveal the signature changes that are characteristic to their ailments due to which most patients and caretakers are forced to seek medical assistance only once symptoms become prominent.

This is a huge point of concern as it causes these diseases to progress to a stage where they become difficult to treat and cure. In addition to this, mental health treatments these days are heavily reliant on the subjective opinion of patients and their caregivers rather than unbiased and objective medical evidence.

Therefore, we see researchers endeavouring to break new grounds in fields of brain research and brain health technology to unveil the secrets of the human mind and unearth ways to effectively prevent and heal cognitive diseases.

Due to this, we also see new brain health technology entering the market virtually every day in the form of hospital equipment as well as a wide array of self-care devices that are revolutionising the mental health industry.

They do so by providing people easy and detailed access to mental health information and treatment options, facilitating coordination between physicians and patients and paving the way for personalized treatment options.

So, what does the future look like for the mental health industry? Here, we have outlined 5 crucial ways in which brain research and new technology are opening new frontiers in the mental health care industry:

One of the most rigorous areas of research and advancement is that of therapeutic treatment which aims to prevent disease progression and reverse symptoms by exposing mental health patients to specific experiences.

This notion can be traced back to the research conducted almost 70 years ago by Donald Hebb, a renowned a Canadian researcher who unveiled that the brain is plastic and evolves in response to life’s experiences.

This was reinstated by Rosenzweig and Bennett who were able to prove this phenomenon in rats. They did so by conducting tests on rats and found that their brains rewired when they were exposed to enriched environments.

Piling on these findings Baxter proved the viability of therapy as a treatment for neurobiological ailments by analyzing OCD patients in response to behavioral therapy. He found that behavioral therapy improved goal-driven behavior in OCD patients by reducing the rate of glucose metabolism in their right caudate nuclear.

Ever since then, researchers have been accumulating data pertaining to the efficacy of therapy in healing cognitive ailments. The data available at present indicates tremendous promise and could lead to the development of detailed theories that would in turn lead to effective, safe and permanent treatment of mental diseases.

This will forever change the dynamics of the mental health industry by driving us away from the currently prevalent medicinal and radiation treatments that are known to have adverse side effects.

Instead we would be able to capitalize on therapeutic treatment to improve the quality of life of patients by elevating their behavior, mood and beliefs in addition to modifying their brain functions.

This factor goes a long way in limiting the efficacy of treatments that are being offered to patients. In addition to this, patients of mental ailments tend to wait a long time before they actively seek professional help and this causes their diseases to progress to advanced stages that are difficult to treat and cure.

Therefore, we see researchers endeavoring to improve brain imaging techniques in order to facilitate accurate diagnosis of mental diseases. Key researches in this domain include a study conducted by Bansal who used MRI information of patients of various ailments such as hyperactivity disorder, bipolar disorder and schizophrenia in order to craft a semi-supervised algorithm that will detect the presence of cognitive impairment.

The algorithm identified variations in spatial patterns in cerebral cortex as well as other sections of the brain in order to accurately distinguish patients of cognitive ailments from healthy individuals. Another researcher Bedi combined machine learning with automated speech analysis to predict psychotic episodes with flawless accuracy.

These researches are extremely encouraging; however, there are still a lot of limitations that need to be overcome. These limitations include the fact that mental ailments are by their very nature quite heterogeneous in the sense that healthy individuals with family histories of such diseases at times exhibit the same neuroimaging abnormalities as patients themselves.

Moreover, neuroimaging methods such as fMRI are extremely sensitive to casual fluctuations in the physiologies of patients that may be caused by their mood or medication. However, it is hoped that further studies and technological advancements will pave the way for easy and reliable diagnosis of cognitive ailments.

Since long, researchers have been trying to trade in their current practice of using the one size fits approach to psychotherapy for personalized treatments that cater to the unique needs and circumstances of each patient.

The reason for this is that all mentally ill patients respond differently to treatments and therefore it would be extremely useful if practitioners were able to identify biological markers that could indicate the progression of ailments as well as the efficacy of applied treatments.

It is for this reason that we see numerous researchers are endeavoring to isolate biological markers of neurological ailments and it is safe to say that we might soon be able to use objective and customized treatments for all cognitive ailments.

The most prominent researches in this regard include the groundbreaking study by Seigle in which it was found that patients of depression responded positively to cognitive therapy.

The study found that patients who had the lowest amount of reactivity to harsh words in the section of their brain that modulates emotional behavior (i.e. subgeual anterior cingukare cortex) exhibited greatest improvement after sessions of cognitive therapy.

In another research conducted by Doehrmann it was found that patients of social anxiety who reacted the most to varying facial expressions showed the highest levels of improvement in response to CT.

Additionally, a more recent study conducted in 2016 evaluated 40 researchers on markers of predictive neuroimaging found that all past researches in this domain possessed a few crucial limitations that need to be overcome in future studies.

These limitations include a small sample size that leaves results prone to chance and diminish their statistical power. This presents researchers with the opportunity to further these studies in a way that they can clinically deploy therapeutic tactics and offer personalized treatments to patients.

By far the most astounding change in the mental health industry is the evolution of physician and patient dynamics. Up until a few years ago, mental health was associated with such a daunting stigma that patients would often wait years before reaching out for professional help.

Nowadays, however, patients have the provision of using online tests, apps and healthcare resources to acquire an in-depth understanding of their conditions and use this information to seek prompt and adequate treatment.

This empowers patients to sidestep the stigma associated with mental health and view their condition just as they would view any other physical ailment. Moreover, it allows patients to facilitate their physicians as they strive to treat their ailments and also enables them to take ownership of the whole process.

This relationship is expected grow yet further due the development of increasingly effective self-help apps. These apps cater to a wide variety of medical conditions and are also giving rise to an overall culture of self-care where people are becoming more and more aware of various cognitive ailments and take active measures to treat and prevent them.

Self-management apps are being used to assist patients in administering their dosage and assessing their condition in real-time by tracking their breathing patterns, heart rate and blood pressure among other things.

These apps are expected to become even more advanced in the near future as they will be able to communicate the condition of patients to their physicians so that any abnormalities can be promptly detected and treated.

Another progressing trend is that of self-administered cognitive screening tests that enable individuals to assess their cognitive functioning in the safety of their own homes and identify the presence of cognitive degeneration. These tests include brain tests for dementia along with other cognitive disorders which may otherwise be difficult to detect.

In addition to this, recent years have seen revolutionary advancements in the field of brain training with bountiful brain training apps now available that considerably elevate the condition of cognitively ill individuals.

We are also seeing a growing appeal for illness management apps that allow patients to interact with healthcare professionals as well as peer support groups so that they may be introduced to all the treatment options available to them. These apps are quiet basic at this stage, however, it is expected that they will improve with time and eventually offer modes of human interaction that will actually work to improve the efficacy of app-based treatments.

Artificial intelligence is changing the face of the entire health care industry including mental health care. Soon, physicians will able to use information from sources like Instagram to improve depression screening.

This new technique has been tested by researchers at the University of Vermont and Harvard University who have found that individuals who suffer from depression tend to post bluish, greyish and dark-coloured pictures and are less likely to use filters.

They have also found that metadata, algorithmic face detection and colour analysis can be used to identify signs of anxiety and depression with an astonishing 70% accuracy. In addition to this, a research from IBM has combined machine learning with audio and transcripts from psychiatric interviews to identify patterns in speech that can detect the presence of cognitive ailments like depression, schizophrenia, psychosis and mania.

This advancement will allow psychiatrists to identify the presence of these ailments by using a transcript of only 300 words. Another research conducted by scientists at Yale University and University of Texas is attempting to merge psychiatric expertise with computing power in order to identify ADHD in children. This research will allow doctors to detect the presence of ADHD in children by merely analyzing them as they perform computer and physical exercises.

The mental health care industry has experienced drastic changes in the past decade. However, when we take in to account the pace with which new advancements are taking place, it is safe to say that the greatest changes are yet to come.

How to Trade Used Cars in San Diego 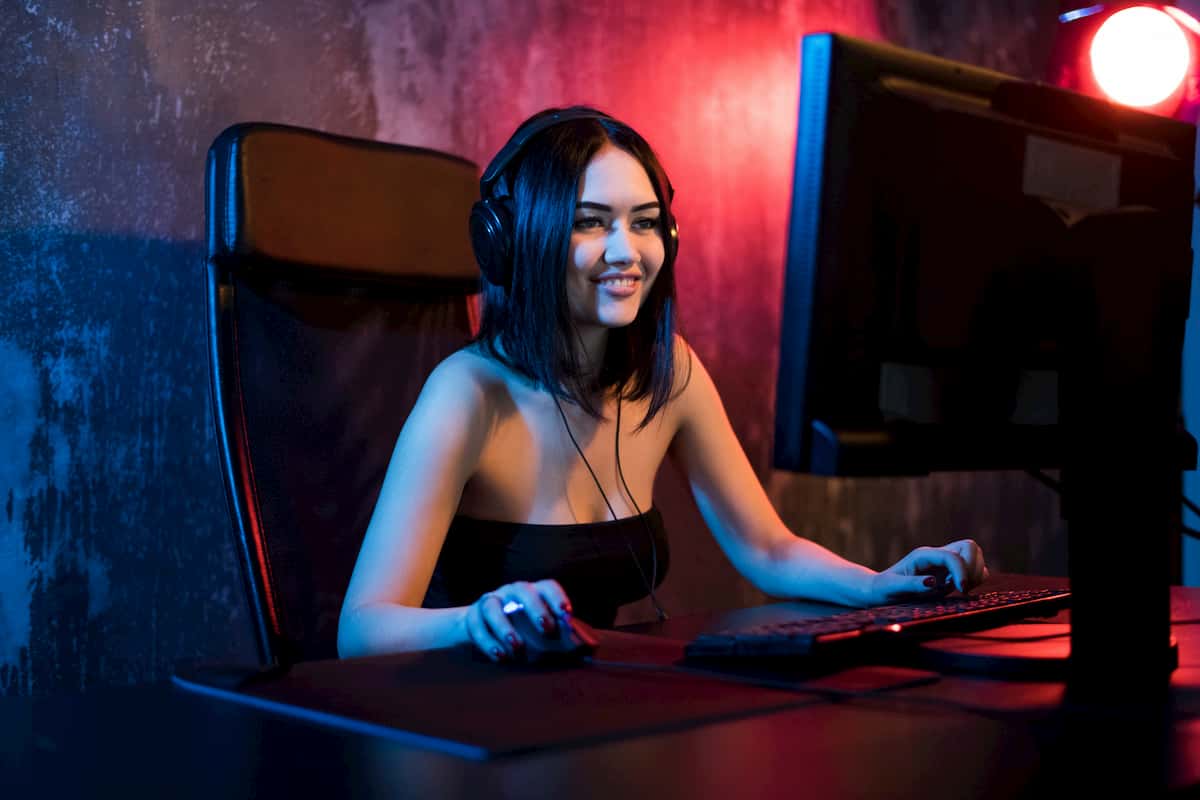 Read More
Table of Contents Hide So keep reading if you would like to learn more1. Have a Capable Computing…
TTechnology

Read More
Finding the best data management tools can be difficult. It is an analysis system that is vitally important…