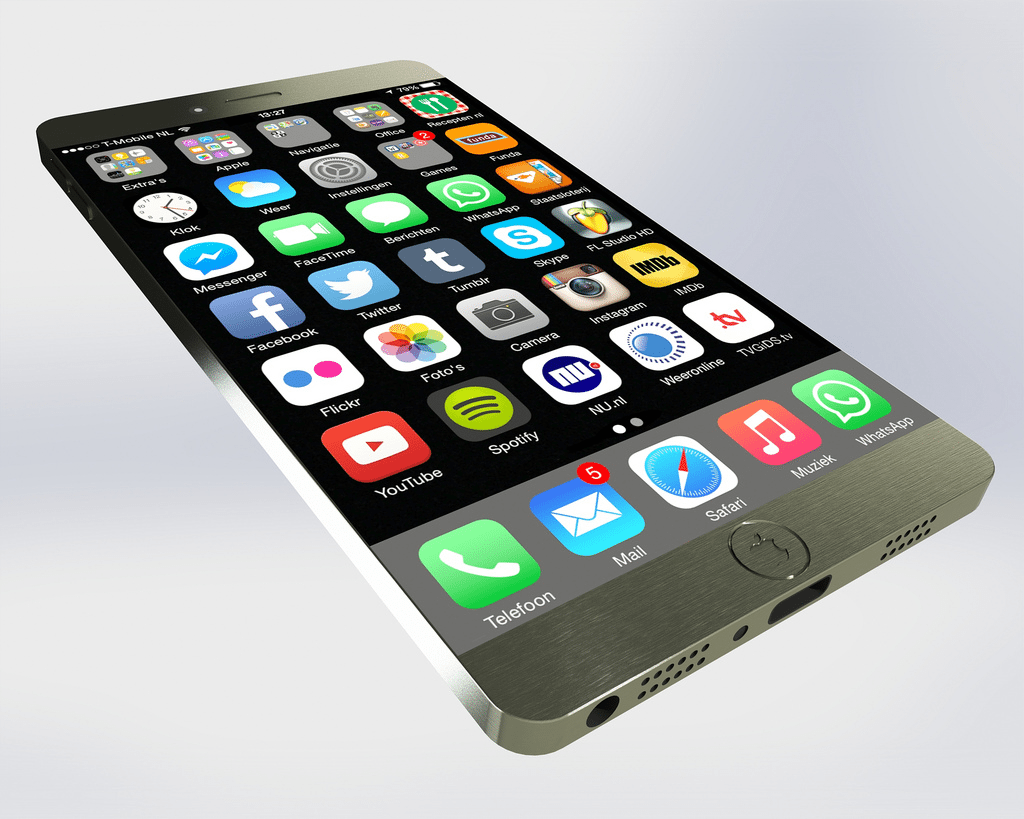 Yes, it’s that time of year again. A new iPhone release is imminent. The tech sites are a buzz, there’s a fresh smell in the air, Iphone users are ensuring they haven’t lost any data, Apple workers have an extra spring in their step – all at the excitement of next month’s Apple event unveiling the iPhone 7. So let’s pop the back case and see what we’re in for shall we?

According to a highly trusted Twitter source, Evan Blass, the release date we’re looking at will be September 16th. Apparently this source is always on the money with iPhone rumours that turn out to be true, so it might be worth pencilling this date in!

While the iPhone 6s has a 1715mAh battery, the iPhone 7 is said to have a 1960mAh, which according to iPhone critics is only slightly better. Any improvement is good though right?

In favour of a smoother design, the new iPhone would ditch the antenna lines that run horizontally along the back of the phone.

Apparently Apple is looking into Wireless charging technologies. As the lighting port may be the only port available for headphones and charging, many have been questioning whether the upcoming iPhone design will be the one to implement wireless charging technology. Time will tell. If not, it’s highly speculated that the 10th anniversary phone in 2017 will incorporate this along with a brand new outer design concept.

Apple iPhones are currently using what is known to be the runner up in screen technology – LCD screen displays. Whereas Samsung phones have been utilising the more advanced OLED screens for some time. Could iPhones be stepping up into the higher visual realm of the OLED? OLED panels are thinner, brighter, can be curved, and are just better all around! Countless iPhone users are expecting to see this implementation.

A recent video to surface shows a mock-up of this year’s autumn iPhone. In the short video, the iPhone sports a larger back-facing camera that protrudes in a different way to the current iPhone 6s model. Without the horizontal antenna lines and harsh camera rim, the design looks sleeker and much more fluid than the iPhone 6s.

The latest video to surface, flashing yet another prototype was released by Unbox Therapy. In it the iPhone 7 Plus is presented in a royal space blue colour. This new colour is said to replace the space grey design.

iPhones are released in pairs these days:

It’s rumoured that this iPhone 7 will come as a trio release! The third phone has been nicknamed the iPhone 7 PRO. It’s thought to match the size of the Plus model, and provide more features: a more advanced camera, more connecting accessories and a touch-sensitive home button (non-clickable).

In an attempt to get the iPhone ready for any future AR or VR implementations, it’s said that Apple are adding a dual back-facing camera to at least one of the iPhone 7 models. Supply chain sources have spoken about the possibility of a 12-megapixel camera with telephoto lens capabilities, an addition that may show the fruits of Apple’s recent acquisition of the LinX Israeli start-up.

3 Things You’re Doing That May Harm Your Back